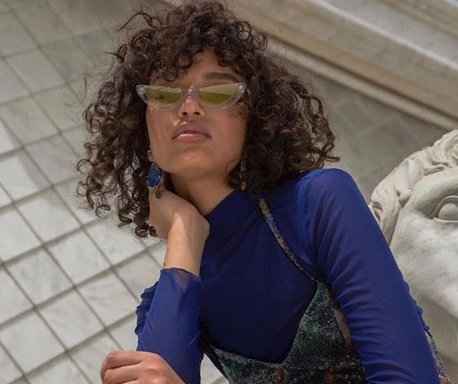 The minimal surroundings reflect the straight lines and sharp cuts of the clothes displayed. In parallel, the marble walls encompass a wide spectrum of bold colours and monochrome patterns. Inspired by a long-gone but never forgotten Egyptian ancient queen and grandmother of Tutankhamun, Tiyi, the emerging designer, celebrated the long-awaited grand opening of its first two flagship stores last week. 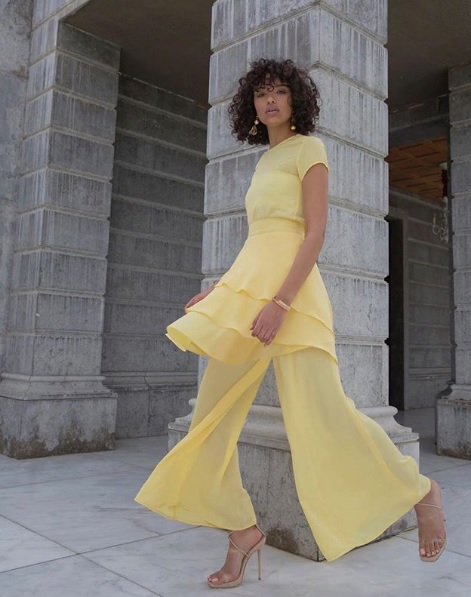 The sustainable, ready to wear brand is the brainchild of Anne Marie Kirollos, a young Egyptian designer on the path to redefine local craftsmanship. With a 400m store in Mall of Egypt and another in City Stars Mall, Kirollos in partnership with Baraka Group plans to develop her fashion-forward venture into an international brand. However, she aims to expand locally first with stores in Cairo Festival City Mall, Almaza, and Mall of Arabia during the coming two years.

“With our determination to create a well-established fashion brand that can compete in the European and African markets, launching Tiyi has taken a long time and effort in order to first position it well in the local market,” stated Kirollos with a confident smile as friends and fashion experts congratulated her.

While compliments and words of support were shared repeatedly with a rainbow of soft drinks in hand, pop music played in the background as the industry’s most recognised experts and influencers flocked through the doors of the two stores on two consecutive nights. Simultaneously, the displayed collection flew off shelves and shopping bags soon found their way to the wardrobes of multiple proud owners.

Concocted by the designer’s vivid imagination, the new collection narrates the ancient queen’s voyage through the Nile. Through the modern utilization of Tulle Bel Telli and seashells, the details of each garment reflect the authentic beauty of local craftsmanship on the banks of the river.

Kirollos comes from a long line of fashion aficionados. The promising fashion designer grew up in her family’s renowned textile and garments factory, where her mother Marrie Louis designed and manufactured her high-end line of ready to wear clothes.