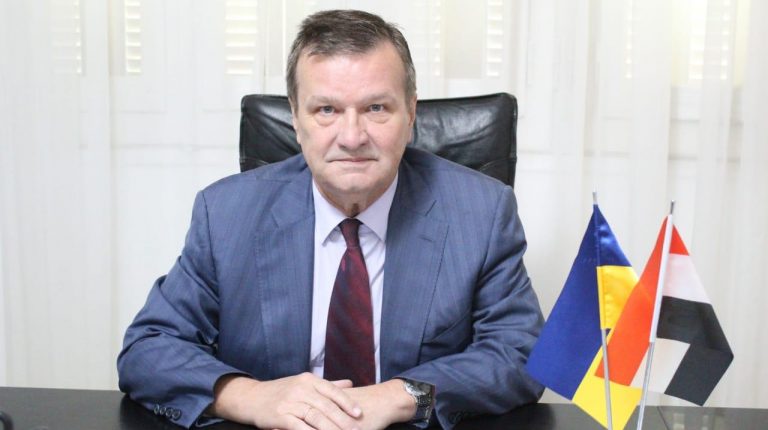 Mykytenko discussed with Abdel Ghaffar several issues of common interest in the field of higher education, asserting the need of joint coordination to deepen partnership in education given that Egypt is ranked 6th in terms of foreign students in Ukraine, according to the embassy of Ukraine in Egypt.

Both sides agreed to further develop communication between scientific and technical institutions of both countries, especially that there are 3,412 Egyptians currently studying in Ukraine.

For his meeting with the Minister of Public Enterprises held on 28 July, the Ukrainian ambassador followed up the implementation of the agreements inked during the seventh session of the Egyptian-Ukrainian Joint Committee on Economic, Scientific, and Technical Cooperation held in the Ukrainian capital Kiev in November 2018.

Egypt has implemented a number of critical economic reforms that have helped the country restore economic stability and allowed the private sector to invest and grow, the Ukrainian ambassador told Daily News Egypt in June 2019.

The reforms have also contributed to creating jobs and reducing unemployment, and the financial and monetary reforms have reduced both the budget deficit and inflation, the ambassador added, noting that these reforms have also created challenges for Egyptians at the bottom of the income scale, which is one of the reasons the World Bank has focused on social security projects that support the most vulnerable.

Last week, Mykytenko met with Al-Assar where both sides discussed participation in specialised exhibitions as well as joint projects.

Egypt, eight countries to form more than half of world’s population increase in 2050:UN