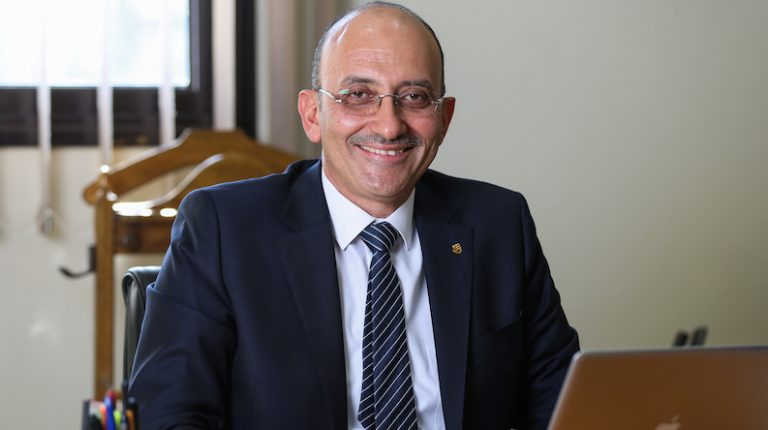 Beta Egypt for Urban Development plans to direct EGP 250m for the construction works of its projects during the second half (H2) of 2019, according to Alaa Fikry, chairperson of the company.

Daily News Egypt interviewed Fikry to learn about the updates of the company’s plans, the transcript for which is below, lightly edited for clarity:

What are the updates regarding Beta Green New Cairo?

Beta Egypt for Urban Development is currently seeking building permits for some buildings in Beta Green New Cairo in Mostakbal City. The company plans to increase implementation rates by the end of third quarter (Q3) of the current year.

The project is built on an area of 85 feddan in Mostakbal City, New Cairo, and is being implemented over six phases with initial investments of EGP 6bn.

The company intends to implement the first phase of the project early next year, which includes about 500 housing units with total initial investments of about EGP 1bn, out of a total of EGP 6bn for the whole project. The total project includes 3,000 housing units, which include 100 villas, and the other units are apartments of different sizes. The built-up area represents only 20% of the whole project. The first phase will be delivered in 2021.

How much is the project’s total investment?

What is the project’s sales situation?

The company has managed to market 40% of the total project’s units and will be developed within three years.

What are the projects that the company is currently developing?

We are currently developing two commercial centres in the Sixth of October City and we are close to completingone of them in preparation for inaugurating one of them next Ramadan. Therefore, we are working on completing their construction works in the coming six months.

How much investments Beta is directing in H2 of 2019?

We plan to direct EGP 250m investments in our projects; in two commercial centres in the Sixth of October City, and begin construction works in Beta Green New Cairo project.

Are there any new projects the company would announce in the coming period?

We plan to launch a new huge project and we will announce the details in September.

How do you see investment opportunities in Mostakbal City?

The presence of many real estate developers at Mostakbal City provides strong competition between companies to deliver products of the highest quality and best prices. The distinguished location of the city in east Cairo is an added value for investments.

What is your expectation regarding real estate prices?

I do not expect an increase will happen in H2 of the current year, despite the increase in fuel prices due to high competition in the market and high market supply exceeding demand. Moreover, there are some market pressures and commitments on developers because of the recent economic reforms undertaken by the government and stability in clients’ purchasing power.

How do you see the current situation in the real estate market?

Egypt’s real estate market is currently experiencing a relative balance between supply and demand which requires developers to exert more effort and innovate in providing different products to compete in the real estate market which sees severe competition by developers.

What are the problems the real estate market face?

The H1 of 2019 has seen low real estate sales compared to the same period last year. Additionally, interest rates of lands offered by the New Urban Communities Authority (NUCA) are currently very high, and the authority has to reconsider such interest rates to stimulate urban area development.

What is your opinion regarding the state’s real estate export strategy?

Exporting property represents a strong opportunity for real estate developers to benefit from the currency devaluation following the flotation, whether to Egyptian expatriates or to foreigners, which necessitates the need to provide distinctive real estate products capable of competing in global markets. In addition, we must design real estate units to meet the requirements of the target customers.

How do you see the partnership between developers and the state in developing social housing units?

The activation of the partnership between the ministry of housing and private sector developers in providing social housing units at the present time is important in the context of growing needs and the presence of a large segment of customers ‘ needs that the private sector does not meet in the light of recent price hikes. Additionally, the market has many companies with successful experience in cooperation with the state in producing housing units at a high level of quality at affordable prices suit for the largest segment of citizens.Furthermore, the presence of developers in the production of housing units at a price not exceeding EGP 400,000 per unit will reduce the waiting lists, which always exist as a result of the state alone bearing the burden of developing these units.