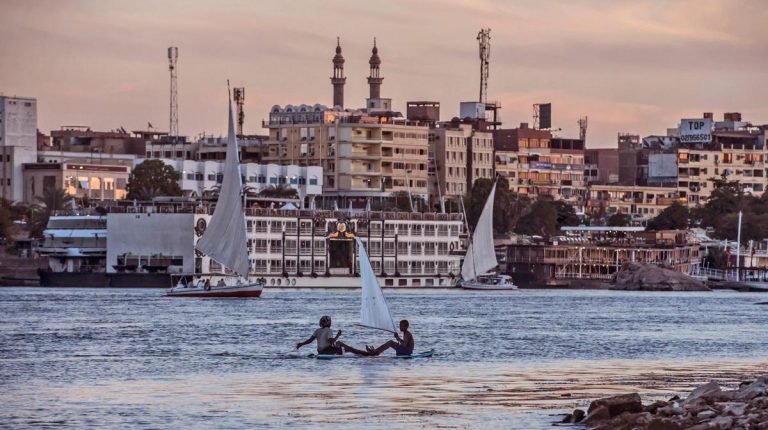 of the year, as output and new orders grew slightly but employment continued to fall. The headline seasonally adjusted IHS Markit Egypt Purchasing Managers’ Index (PMI) rose from 49.2 in June to 50.3 in July.

Accordingly, David Owen, Economist at IHS Markit and author of the report said “The latest business survey for the Egyptian non-oil private sector gave some encouraging signs for activity in July. The headline PMI showed a slight improvement in operating conditions, driven by higher output and new orders.”

The index mainly acts as a gauge designed to give a single-figure snapshot of operating conditions in the non-oil private sector economy. In Egypt’s case PMI moving above the 50 neutral threshold signal the first improvement in business conditions since April.

In June, non-oil business activity continued to contract for the second consecutive month since May, due to the falling demand.

According to the report issued on Monday, Egypt’s export sales increased at the strongest rate since November 2017. “A noticeable factor was an increase in contracts from foreign clients, leading to the first rise in new export orders since August 2018. The rise in demand came from several countries, signalling that Egyptian businesses are growing in their competitiveness on trade,” Owen explained.

Furthermore, input cost inflation increased on the back of the fuel prices hikes, which was partly passed on to consumers through higher output charges, “As such, it is likely that the impact on costs will be temporary, with the rate of inflation possibly returning to its relatively

low level seen during the first half of 2019,” Owen added.

The rate of overall cost inflation was the highest in nine months during July, mainly

reform packages. This also caused firms to mark up their selling prices overall.

The report cites the slight increase inactivity at non-oil private sector firms in July as a key to the PMI improvement, only the second monthly expansion in 20 months (alongside April).

Moreover, total new business from abroad rose for the first time since August 2018 and at the sharpest

pace for over a year-and-a-half. In the meanwhile, companies highlighted increased demand from several foreign markets, with clients from the Middle East, Africa and Europe placing greater volumes of new work.

Concurrently, firms expanded their purchasing activity during July. Following a slight reduction in

June, the latest increase was solid and the most marked for six months. In addition to greater output

requirements, some businesses raised their purchases to build up stocks due to growing fears

Moving to employment, the downward trend continued in July, although the latest decrease was marginal and broadly similar to that seen in June. Retirements and voluntary

leavers mainly drove the overall reduction, whereas some firms increased their workforce numbers to

Lastly, Owen Said, “Optimism toward future output growth improved in July. Some firms based their outlook on hopes of a strengthening Egyptian pound in the near-term as the US dollar may fall in value through interest rate cuts. Overall, firms are generally positive when regarding the future condition of the economy.”

“That said, rising fuel charges weighed slightly on the overall level of optimism,” the report concluded.