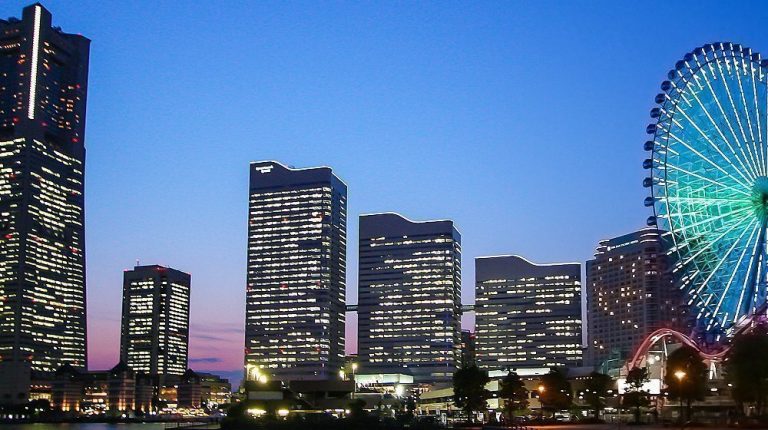 Tokyo International Conference on African Development (TICAD7) will be held in Yokohama from 28 to 30 August 2019. TICAD7 will focus on the theme, ‘Africa and Yokohama, Sharing Passion for the Future’.

Yokohama is the second-largest city in Japan, located in the south of the capital, Tokyo. Is was one of the first Japanese ports opened to foreign trade, in 1859. It contains a large Chinatown with hundreds of Chinese restaurants and shops.

The city has a strong economic base, especially in the shipping, biotechnology, and semiconductor industries. Nissan moved its headquarters to Yokohama from Chūō, Tokyo in 2010.

The first train line in Japan connected Tokyo and Yokohama. However, Yokohama was devastated by the Great Kanto Earthquake of 1923 and again by the firebombings of World War II, and never really regained its prominence. It remains a maritime city to this day and retains an international flavour.

Yokohama does not have its airport. However, Yokohama can be reached from Tokyo’s two main airports. The Port of Yokohama has served as a gateway to the greater Tokyo area and has welcomed countless cruise ships since its opening in 1859 as Japan’s first modern international trading port.

Since then, it has grown rapidly, and now Yokohama is one of the leading world-class cruise port in Japan. It is expecting 190 cruise calls for 2019, up 25% over 2018.

Responding to the needs for the growing number of cruise calls, the new cruise terminal complex “Yokohama Hammerhead” will be launched in October 2019. The core facility of the complex is an international cruise terminal, “Shinko Pier Cruise Terminal,” which can hold a large-scale cruise ship up to 116,000 tons. Its first cruise ship to dock is scheduled to be “Diamond Princess” on 4 November 2019.