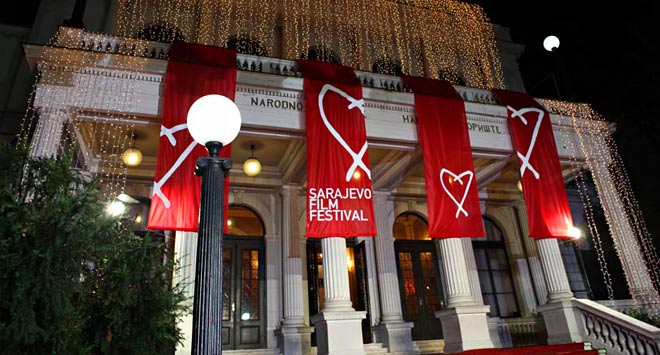 A total of 53 films will compete for the Heart of Sarajevo awards at the 25th Sarajevo Film Festival’s four sections; feature, documentary, short, and student film. The festival will feature 23 world, four international, 24 regional, and two Bosnian-Herzegovinian premieres.

Fourteen titles selected by Tataragić will be screened in the Competition Programme – Short Film. The selection features five world and nine regional premieres.

Established in 2003, the main Competition Programme of the Sarajevo Film Festival annually attracts over 300 directors, screenwriters, producers, actors, actresses, and other film professionals. Over the years, it became the most important showcase of South European cinema and a meeting place for film professionals and filmgoers with a penchant for national cinema of the countries represented in its four distinct sections.

In the past 16 years, 678 films were screened in the Competition Programme of the Sarajevo Film Festival, including 166 feature, 297 documentary, 180 short, and 34 student films. The programme welcomed thousands of regional filmmakers and became the ultimate place for promotion of their films and film projects. Along with the Festival’s In Focus and Avant Premieres sections, as well as its Talents Sarajevo, CineLink Industry Days, and BH Film segments, the Competition Programme is the biggest and most important showcase for regional film and a platform for promotion and development of regional cinema.

This year, when Sarajevo Film Festival celebrates its 25th birthday, its Competition Programme will be the premiere place for discovery of new and promotion of already established regional film talents.

The Sarajevo Film Festival will be held from 16 to 23 August under the patronage of the United Nations Educational, Scientific and Cultural Organization (UNESCO).