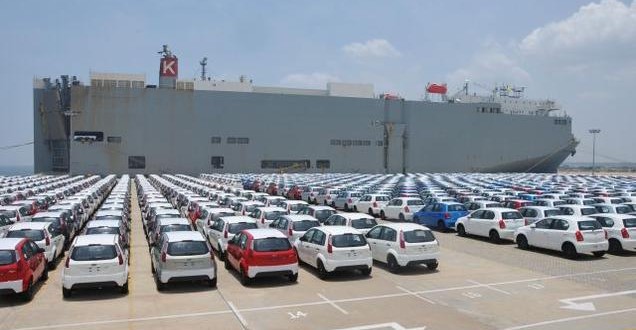 Egypt’s auto market witnessed huge development since the start of 2019, as various waves of price cuts disrupted the market. The first wave of cuts coincided with the implementation of the final phase of the EU-Egypt Association Agreement, which lead to the full customs exemption on European cars, leading to a huge reduction in European car models’ prices, that even reached the EGP 2m mark in some luxury car models.

Consequently, this development forced Asian and US automakers to offer further price reductions on their cars to stay in the competition.

Concurrently, the exchange rate of the US dollar declined against the Egyptian pound during June, which leads to the second wave of price cuts. Al-Mansour Automotive and Ghabbour Auto were at the forefront of the new reduction wave.

As the summer season started, several automakers started to offer summer promotions on their car models, featuring maintenance, spare parts, and price discounts. The ever-growing list of automotive companies includes; Kia Motors Egypt, which announced discounts on brake pads up to 40% and prices starting from EGP 850 on maintenance; Toyota Egypt which announced a 15% discount on spare parts at its  Sharm El Sheikh service centre, and a 10% discount on spare parts and at its Marina service centre in North Coast.

Omar Balbaa, the head of the automotive division of the Federation of Egyptian Chambers of Commerce, said that a certain pricing policy would be applied to the 2019 models, along with the introduction of new 2020 models cars, especially after the devaluation of the dollar against the EGP, contributing to the decline in prices of 2020 car models, as the import costs decline.

The price cuts were implemented on 27 different cars models of different origins, reaching about EGP 200,000 in some cases. Kia Motor Egypt discounts topped the list of Korean cars, where the Egyptian International Trading and Agencies (EIT), the sole distributor of KIA motors in Egypt its June prices.

Accordingly, Hyundai also saw further price reduction, where the Tucson, which comes in seven different categories, equipment and prices, witnessed a discount of up to EGP 25,100, across all categories.

Ghabbour Auto Group, Hyundai exclusive agent in Egypt, announced price discounts on all Elantra models that are locally assembled, ranging from EGP 15,000 to EGP 24,000 across the model’s seven categories.

All categories of Hyundai Elantra AD saw discounts of EGP 3,000 on all its seven categories.

Russian automaker, Lada joins the cuts through deducting the prices of Granta 2019 family sedan model by EGP 1,000 in June to sell at EGP 147,000.

On the other hand, the French automaker also slashed prices, reducing the price of Peugeot 508 new shape 2019 by EGP 10,000.

On the American side, Al-Mansour Automotive, Chevrolet exclusive dealership in Egypt, has offered discounts of up to EGP 40,000 on all Malibu categories.

Prices of BYD, Chery, MG, and Zotye have all fallen

The benefits did not stop at falling prices

Several 2019 models came with cashback rewards, where the company pledges to pay part of the price back to clients during a specific period. The National Motors, Glory exclusive dealership in Egypt, offers EGP 5,000 cashback on the 350 models.

The company said that the offer is available on the half option model until the end of June, where cash-paying customers receive back EGP 5,000 after licensing the car.