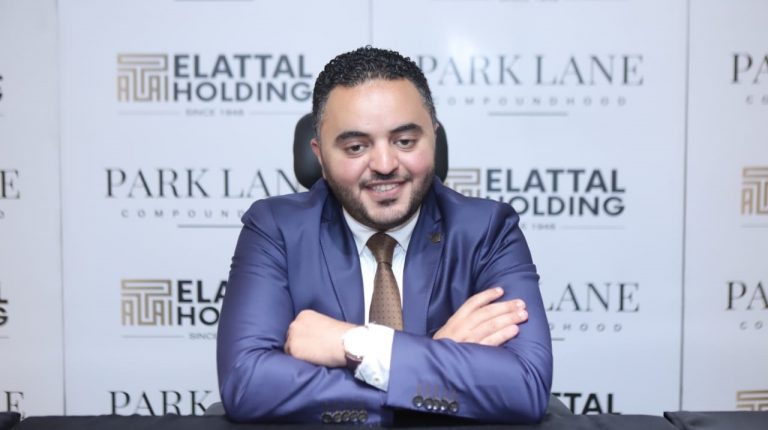 Ahmad El Attal, chairpersonof El Attal Holding and a member of the Real Estate Development Chamber at the Federation of Egyptian Industries, announced the launch of the third phase of the Park Lane project in the New Administrative Capital (NAC), the first compoundhood in Egypt, and the first real estate development project of the company in the NAC.

The first and the second phases have been sold out as a result of the project’s innovative idea, which combined privacy and modern life, El Attal noted.

El Attal highlighted that the third phase of the project, called Promenade View, is one of the most distinctive areas of the Park Lane project. The phase has a variety of unit spaces ranging from 90 to 180 sqm with competitive prices, starting from EGP 10,800 per sqm.

The project features European-style designs while preserving the classical character of Egyptian architecture in distinctive colours which will not be affected by climate changes, he elaborated.

He further added that his company has showcased special offers to customers in Al-Ahram Real Estate Exhibition (Aqari) which was held on 25-28 July.

He pointed out that the company aims to achieve EGP 1bn sales by the end of 2019.

In an interview to Daily News Egypt, El Attal elaborated that the company has obtained the project’s plot of land on an area of 26 feddan, in the most distinctive places in the R7 area, close to the Swedish and British universities and the diplomatic district with investments estimated at about EGP 4bn.

“In May 2018, the company had completed the project’s masterplan and designs, which we were keen to be completely different and innovative from other projects in the New Capital as all engineering designs of the project were done. Accordingly, the company has submitted the required documents for obtaining ministerial approval for the project’s developmentto the Administrative Capital for Urban Development (ACUD) in November, after obtaining the approval of the Engineering Department of the ACUD for the project’s design,” El Attal explained.

El Attal added that the Park Lane project offers a new and different concept of housing into the Egyptian market with an aim of creating various residential communities bringing about a new vision based on the experience of over 70 years in the Egyptian market in the fields of contracting, construction, and design for a number of government agencies, diplomatic bodies, schools, hotels, and tourist villages in Egypt, the GCC, and East Asia.

There have been many discussions between his company and the ACUD, and some special places and commercial units have been modified and the company is currently waiting for the approval from the Engineering Department at the ACUD for recent amendments, he revealed.

He pointed out that the company has started earthworks of the project to be ready to begin construction once ministerial approval is obtained, which is expected to come out within days to begin implementation of the project’s first phase.

He disclosed that the first phase’s investment cost is worth EGP 1.8bn and represents about 60% of the project.

As for the company’s expansions in the NAC, El Attal said that his company is seeking in the coming period to expand in the New Capital with two projects, a residential one and the other is administrative.

Additionally, El Attal Construction, a subsidiary of El Attal Holding, is executing construction works for one of government agencies and private sector companies operating in the NAC with contracts of EGP 2bn.

Regarding investments in the NAC, he commented that the NAC project is one of the most attractive projects to invest in because of its credibility, high speed of completion, and the fact that it is going to be a unique global city in Egypt and Middle East.

He expected that the NAC will witness a high demand for sale and investment during the next few months by more than 20% as it considered an ideal model for secured investment in Egypt, in addition to the great interest of the state in this megaproject.

Furthermore, he revealed that the company is close to completing the final designs of its new residential tourism project in Ain Sokhna overlooking the Red Sea in one of the most attractive areas on 48 feddan, with an estimated investment of EGP 4bn.

El Attal added that it is scheduled to begin the project’s implementation in the fourth quarter of this year. The project comprises of residential buildings and villas with various spaces.

Moreover, the project in Ain Sokhna was designed by one of the largest engineering houses to provide a different real estate product as an addition to the company’s experience in the field of construction. The Ain Sokhna project is the company’s second project in 2019, he stressed.

El Attal expected an increase of 15-20% in real estate prices during the second half of the current year, noting that such an increase is due to an increase in the price of construction materials after the government’s decision to hike fuel prices in the current month.

“Real estate companies must overcome these increases through diversifying units supply to suit different segments of society and to overawed decline in sales,” he clarified. “Total investment of the project of Park Lane will not be changed after increases in prices of building materials, as wehave done a study of future expected increases in the market throughout the period of the project implementation.”

Moreover, he illustrated that after adopting the Real Estate Developers Federation Law the market will be more organised and increasingly competitive, and the law will create a balanced relationship between the developer and the client.

El Attal Holding has seven subsidiary companies and has carried out more than 20 projects during the last 10 years. Furthermore, the company conducts construction works for some embassies.