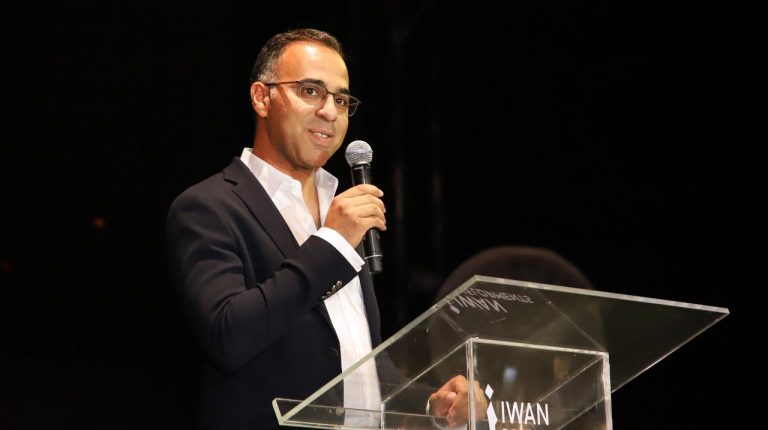 IWAN Developments has launched the second phase of The Axis, a modern residential complex built over multiple terraces with a focus on landscaping, CEO of IWAN, Waleed Mokhtar, told Daily News Egypt.

Daily News Egypt interviewed Mokhtar to learn about his company’s plans, the transcript for which is below, lightly edited for clarity:

What are the updates regarding the company’s projects in West Cairo?

We are still in the designing phase of the project and will announce its details once we launch it in the fourth quarter (Q4) of 2019.

What is the company’s expansion strategy in the coming period?

Normally, we focused our investments in Sheikh Zayed City, where we have established a good reputation as a developer, and have become known for providing value-added solutions. Recently, we have decided to expand into other areas, including West Cairo and Ain Sokhna. This decision is always subject to finding the right location. As a company, the location is of great significance.  Therefore, finding a land plot that is suitable for development in West Cairo was one of the reasons that we are moving ahead with this strategy of expansion.

What products does the company intend to provide in the coming period?

We launched the second phase of The Axis, a modern residential complex built over multiple terraces with a focus on landscaping. In general, this project was developed with an eye to complimenting landscape rather than landscape that is added to the development itself.

We are actually very much on track in the delivery of our projects since the day we started as it is a matter of pride for us that to date we have been able to deliver on time. By Q1 of 2020, we will deliver a number of projects, including Jedar, Atrio, and Alma.  It’s an extremely ambitious mission, but we are confident of our ability to deliver on time.

When will the company begin construction works in the West Cairo project?

We aim to finalise the project’s design and will launch it once it’s done. We will have greater clarity on timelines soon.

What are the update regarding the company’s project in the Red Sea?

Once the design concept is finalised, we will launch the project officially.

Coastal areas in Egypt are transforming into first homes and there is a great demand by Egyptians on these areas specially the North Coast, Alamein, Hurghada, and Ain Sokhna. How do you see this?

Well it makes absolute sense. Worldwide migration patterns are the same. Owning a first home on the coast is usually more desirable than owning a home in a city and as a result those homes come at a higher price. With the addition of fourth generation cities the potential for finding fulltime employment in those areas will increase so it makes sense that people buy there knowing that the price will increase even further in the future. This is especially true of Sokhna since you have the Administrative Capital only half an hour away and you have Galala city and Suez which will create an incredible amount of job opportunities. I expect that especially Ain Sokhna will benefit from this relocation.

How do you see the market in the coming period? And will it experience such increasing demand?

I think Ain Sokhna will see a boom, followed by the North Coast. This will happen once there is visible movement in the New Capital City, meaning that businesses will move in and people start relocating. So initial phases of most projects to be launched will probably be within the range of normal market growth dynamics, but second phases and onwards will really pick up there.

We are a company that serves a very niche type of clients; most of our foreign buyers come through referrals.

How do you see Egypt’s real estate market? And what is your expectation for real estate prices after fuel price hike?

By 2030, about 40 million people will enter the workforce in Egypt. While this will put add pressure on the government to create new job opportunities, from a real estate perspective those are at least 20 million new customers coming into the market, customers who want to go shopping, who need offices to work, clubs to spend time at, places to eat, schools and hospitals and of course places to live. Moreover, the demographics will probably also change.  People will move out of Cairo with new opportunities in the many new cities around Egypt, urban migration will not be focused anymore coming into Cairo but moving to new cities so people will become more mobile and while they will continue to value a home in their city of birth because this is the nature of our society and thinking, rents will be on higher demand especially rents for smaller and medium-sized apartments to accommodate young people who move to their jobs and younger families. In general I expect demand to continue to grow at historical rates of 12% which is already very high, and I expect investment to focus on coastal areas and smaller sized apartments in prime districts close to business centres.

Regarding price hikes, I think it depends on the developer and how much of the additional cost he can absorb. While most developers will try to keep prices within the affordability range, especially given the last two years of price hikes, I expect there will be some impact but more in the range of low single digits.

Unlike all expectations that the real estate market will slow down in 2019, the sales witnessed a boom during the first half (H1) of 2019. Please explain why? And what are your expectations for H2 of the current year?

Demand has not changed significantly, most people see the last years as a boom in sales but that is because they look at the market in terms of value.  Of course, there was an increase in terms of quantity but not to double and triple figures that we hear about.  But as a result of this boom a large number of new players entered the market, this in its own way is healthy because it forces developers to provide better products for their customers, however the number of buyers remains the same only distributed on a larger number of players.  So, while the overall market will continue to grow in line with historical trends on an individual level, we will see smaller developers and even some larger ones that will have a slowdown in sales. Since prices of units will not decrease because cost, for obvious reasons, is not decreasing, the developers that will succeed are those that have well balanced finances and are well established in the market.

How do you see developers’ participation in foreign exhibitions? And do you think that this strategy works in promoting Egypt’s property export?

Yes, absolutely but this is a long-term strategy. We need to be on ground to promote our products, but this kind of activity takes time to build up, so yes, it is important. But it cannot be done alone, in addition to that we need an international campaign that focuses on promoting Egypt as an investment destination, those can be through general media or social media or simply through events. But exhibitions are only part of that overall strategy.

In your opinion, what are the hottest areas in demand for real estate in Egypt and why?

First homes will always remain a hot demand in our market simply because we culturally tend to invest in real estate and because we have a preference towards ownership rather than rent, not because rent is undesired in Egypt, in fact according to statistics, 36% of Cairo’s real estate is rented which is a huge number, especially when one considers that return on rent is 10%. But in any case, demand for first homes will remain highest in Cairo because that is where most of the population is, as time progresses this will continue as the largest city in Cairo. Ain Sokhna, I believe will also witness large growth because of the nature of the location.

Do you see the launch of mega real estate projects by the government would improve economic performance?

It’s pure economics. The government spending has traditionally improved economic performance whether that is through megaprojects or something else.