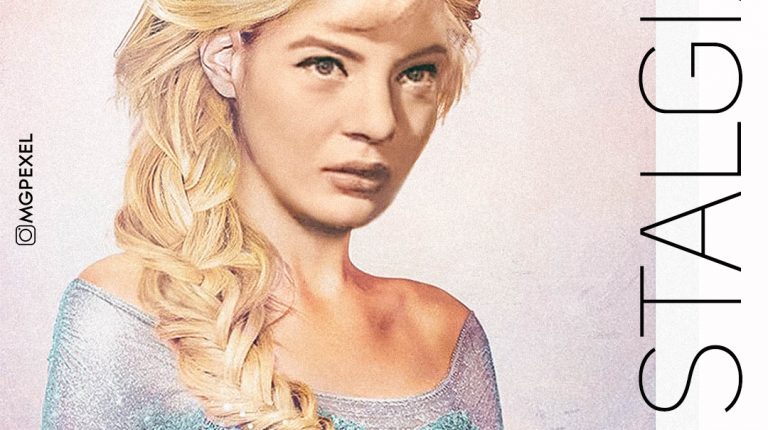 Growing up watching the black-and-white films of Egyptian cinema’s golden era, they left an engraved mark at the soul of the young digital artist Mohamed Gaber. He merged the beauty of Egypt’s most popular stars and the world of fairy tales of Disney, creating his special digital visualisation artwork, Nostalgia. 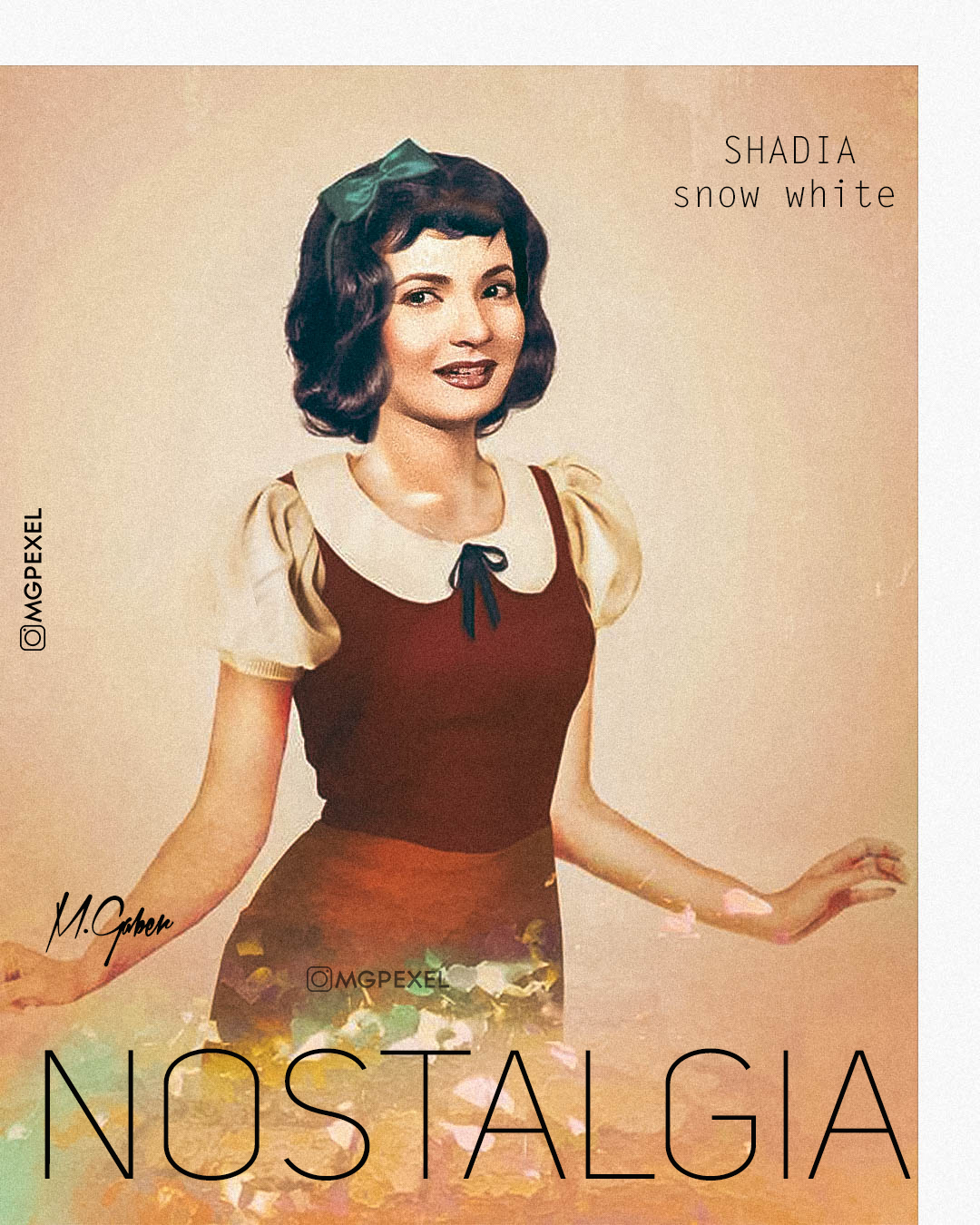 Presenting the legendary singer Abdel Halim Hafez, as the lovable charming Alladin, and the short-haired, angelic face star Shadia as Snow White, Gaber recreated the lifetime heart-carved characters as some of the most famous figures from the 1950s and 1960s.

Gaber dug deep into the world of enchantments and the Egyptian reality which is always portrayed in films as the world of fantasies, representing the golden cinema stars in Disney’s most cherished characters.

In a two-part series, he took the world into a trip to an Egyptianized version of the international films.

“I always wanted to create a project about the golden cinema’s superstars, yet it was not completely shaped in my mind,” Gaber said. “These films took me into a magical and attractive world, that no matter how long I stay away from, I find myself having the most possible joy while re-watching them.”

Driven by his passion of those stars, the 35-year-old believes they were more of fairy tale heroes, from his point of view, which led him into portraying cinema stars as Disney characters.

Nostalgia consists of two sets; one for male stars and the other for females. Each set presents artists dressed like the Disney characters which look like them in terms of appearance, roles in films, people’s perspective of them.

“I studied the Egyptian stars to find the suitable Disney characters that resemble them,” Gaber mentioned.

Based in Dubai, he spent almost three weeks on each set searching for good quality pictures of Disney characters that match the Egyptian stars.

“Some were quite easy to make, like Soad Hosny as she was always called Cinderella so it was by default featured in this character. This also applies at Farid Shawky who was dubbed Monster of Cinema so was featured as Hercules,” he explained.

However, it was difficult to find the matching character of other stars. 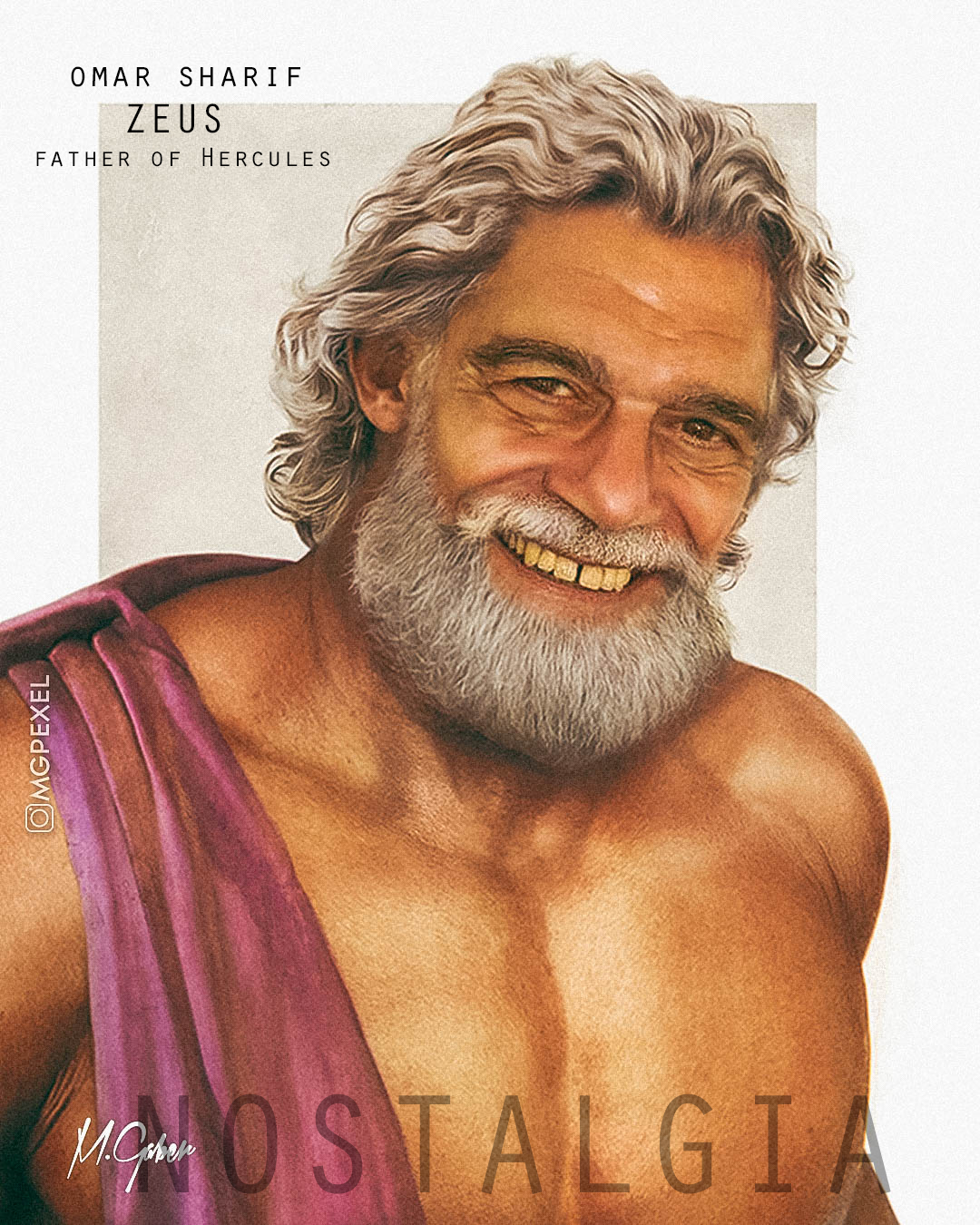 “Most of the stars’ pictures came in bad quality, which required more effort to improve them,” he added.

The process of finding high-quality pictures that match the stars was the biggest “sleep-depriving” challenge Gaber faced in this artwork.

“It is not only about finding a proper photograph; but also matching the pose, composition, and scale. Matching all of these elements in each picture was a real challenge,” he asserted.

Working hard in matching all the elements, did not prevent Gaber from facing icons whom he failed to find a matching persona to, like Ahmed Ramzy. “There is not a certain character that I found matching him, or the characters he always played. He is one of a kind, even in fairy tales,” he explained.

Despite working as a marketing manager which is a totally different field from his hobby, this has not prevented Gaber from mastering his artworks and brilliantly combining those characters.

Gaber is currently working on the third set of Nostalgia, featuring artists requested by fans on social media to add to the artwork.