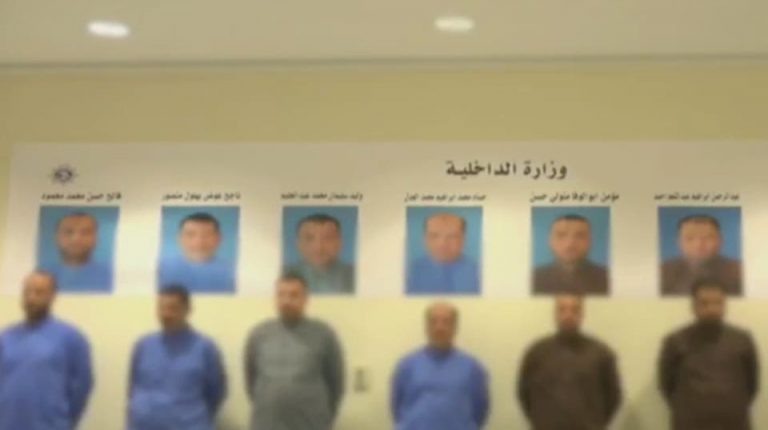 Egypt’s State Security Prosecution ordered on Monday the detention of the eight Muslim Brotherhood members who were deported from Kuwait for 15 days pending investigations.

The eight defendants were extradited from Kuwait two weeks ago, and are charged with joining a banned terrorist organisation that works to undermine state institutions.

This is considered the third handover conducted by the Kuwaiti authorities over wanted Egyptians.

According to security sources, the arrested Egyptians were residents as part of the Egyptian labour force in Kuwait and did not recently enter Egypt. However, their names appeared during Egyptian investigations as they are believed to be involved in terrorist attacks that took place years ago.

The Muslim Brotherhood was officially designated as a terrorist organisation in Egypt in December 2013.

On Monday, in a separate incident Egypt’s Prosecutor-General Nabil Sadek referred 11 defendants to an urgent trial in the National Security Court on charges of espionage for the Islamic State extremist group.

The defendants, who include four Libyans, are accused of plotting to commit terrorist attacks against Egyptian citizens in Libya.

The charges also include the kidnapping and torture of Egyptian citizens, human trafficking and providing the terrorist group with money and information.