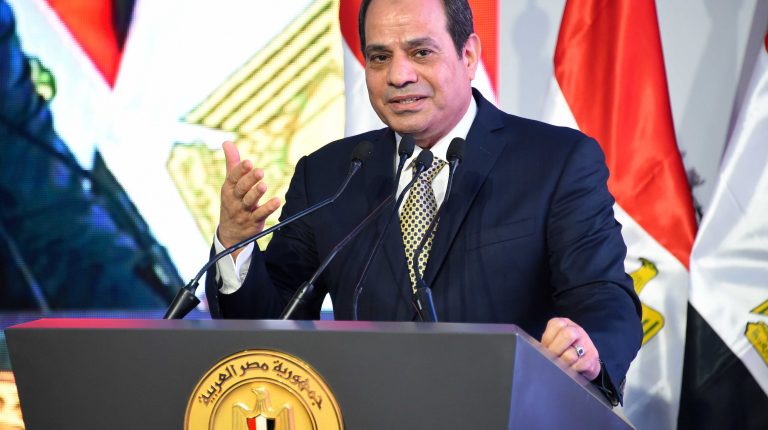 President Abdel Fatah Al-Sisi inaugurated on Wednesday the new Phosphatic and Compound Fertilizers Complex in Ain Sokhna in the governorate of Suez. The complex is the largest in North Africa, with an annual processing capacity of 500,000 tonnes of raw sulphur and 2m tonnes of raw phosphate.

Spreading over 400 feddan, the new complex includes nine factories, an administrative area, a residential city, and an ores’ storage complex.

Chairperson of El-Nasr Company for Intermediate Chemicals (NCIC) Mokhtar Abdel-Latif said, “The complex aims to exploit the most out of the Egyptian phosphate ore by converting it into fertilizers.”

He added that the complex would achieve self-sufficiency in fertilisers, and would enable Egypt to export the surplus.

“The state targets exploiting existing Egyptian raw materials, instead of exporting them in their raw form, and the complex is a step towards achieving that goal.”

He also announced that Egypt will launch a new marble city at the same time next year. Upon completion, the marble city would produce approximately 30m meters of marble per year.

A-Sisi said that the state is moving seriously and with great responsibility to develop the country, adding that “this is the maximum we can do, but people needs are more.”

Furthermore, the president blamed media for incorrectly quoting him, denying that he never stated that Egypt needs EGP 1 trillion to solve its challenges, clarifying that he said that this amount is required for basic expenses for citizens in Egypt, and not for solving all of the state issues.