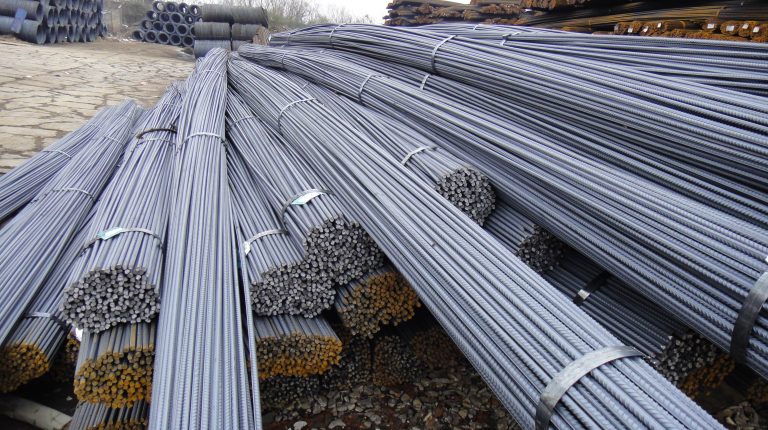 Since the beginning of this year, the iron industry has been subjected to a legal battle started by integrated steel plants and hot rolled steel manufacturers after the Ministry of Trade and Industry issued resolution no. 346 in April imposed, a temporary import tariff of 15% on iron billets and 25% on steel rebar, set for 180 days. ending in October.

The crisis dates back to November 2018 after the ministry received a complaint from local steel manufacturers including; Suez Steel Company, Ezz Steel, El Marakby Steel, and Kandil Steel.

The complaint called on the government to implement anti-dumping measures, in the wake of the global oversupply of billets, due to the tariffs imposed by United States President Donald Trump on iron and steel products.

Afterwards, the ministry examined the accuracy of the claims, they found out that domestic steel sales were down by 18%, a drop of 13% in the market share of the domestic industry, as well as an increase of 124% in inventory, turning companies’ net profits into losses.

Consequently, hot rolled steel manufacturers have resorted to the administrative court to halt the decision of the Ministry of Trade and Industry to impose temporary protection fees on the imports of billets and rebar.

In July, Egypt’s administrative court has overturned a decision by the ministry of trade and industry to impose a 15% fee on imported iron billets. In turn, the factories challenged the verdict, but they were rejected and resorted to the Supreme Administrative Court, which has rejected all pending appeals to bring back a 15% import duty on iron billets.

Mohamed Eleiwa, CEO Misr Steel, said that the steel industry has become unattractive to investment because of the recent decision to impose protection fees.

He explained that several steel companies postponed their expansion plan during the current period, because of the sudden decisions made by the government.

Eleiwa added that Misr Steel has suffered around EGP 100m in losses during the first half this year, with an average losses of EGP 16m-18m per month, due to imposing fees on billet imports.

He went on to explain that the company was forced to halt operations in May, due to the losses, however, the work resumed in June.

Hot rolled steel companies are facing the loss of their clients, market share and employment, he explained, adding that, the impact of hot rolled steel investments on the economy should not be disregarded, especially that even the smallest hot rolling factories have a production capacity of 100,000 tonnes annually, estimated at EGP 400m.

“Since the imposition of protective tariffs on billet imports, estimated to be $55-60 per tonne, there has been an increase in costs by EGP 800-900. Competitiveness is threatened, and if the fee continues, companies would be forced to exit the local market, and the consumer would fall prey to the integrated steel manufacturers,” Eleiwa stressed.

According to industry data, imports of billets amounted to 1.5 million tonnes last year, of which 390,000 tonnes were for integrated steel plants and 1.2 million tonnes for hot rolled steel factories, completely consumed, he explained, adding that Egypt’s total steel production in the same year was 8.7 million tonnes.

On the other hand, Gamal El Garhy, Chairperson of El Garhy Steel Group and Chairperson of the Chamber of Metallurgical Industries at the Federation of Egyptian Industries (FEI), said that the decision of the Ministry of Trade and Industry to impose fees on the imports of billets was issued without involving all parties of the industry in the discussion.

He pointed out that the decision to impose temporary or permanent protection fees on the imports of billet creates a kind of monopolistic practices, which threatens to allow a certain group of manufacturers to control iron prices in the market.

“Going to the Egyptian Competition Authority (ECA) is an escalating step, however, the main issue is to compel the government to implement the court verdict,” he said.

He added that the integrated steel factories are facing a problem in terms of the increased production costs. The Chamber of Metallurgical Industries has sought to find solutions to these problems, the most important of which is the reduction of gas prices for factories, estimated at $7 per million thermal units.

Furthermore, he explained that added that the chamber has repeatedly invited the factories to discuss solutions for the problem of increasing production costs and to figure out why do they want to impose protection fees on the imports of billets.

El Garhy pointed out that the steel industry should be given great attention by the state during the coming period, especially with the current boom in national projects.

He added that factories have suffered over the past period from a large surplus in production of about one million tonnes of rebar in 2018.

“The decision was sudden, and confused the hot rolled steel factories and led to some of them stopping their work for up to three months. Overall, the factories of the sector operated with only about 30% of their production capacity,” he explained.

He pointed out that El Garhy Steel average direct losses incurred were estimated to be EGP 50m, in addition to other indirect losses.

The group also pays about EGP 400,000 per day demurrage for billet imports that are stored in the warehouses of ports, and are estimated at 90,000 tonnes. He added that the group gradually returned to work in July following the decision by the Administrative Court to reverse the decision of the Ministry of Trade.

El Garhy pointed out that the average billet imports of the groups are estimated to be 800,000 per year, but they declined this year due to the ministry’s decision.

The protection fees on billet imports caused an increase in the cost of production by about EGP 1200 per tonne, but the company has sought to not burden consumers and increased the price of the final product by only EGP 150.

Within the same context, Tarek Al Gioshy, Chairperson of Al Gioshy Steel, and member of the Chamber of Metallurgical Industries said that the steel industry is a strategic industry that requires special attention by the state.

Al Gioshy added that the steel sector needs decisions to boost its investment, withing the framework of the economic reforms implemented by Egypt.

“We need the state to support manufacturers and issue iron licenses in the upcoming period; to help the hot rolled steel factories to turn into integrated steel factories, as they are national companies, and purely established with Egyptian capital,” he explained.

He added: “The Rebar industry, in integrated steel plants, goes through four stages: the first stage is reduced iron. Afterwards, they move into the manufacturing phase, which turns them into pure steel, and afterwards into reduced iron again. The second stage is the melting of steel, and then the conversion of the reduced iron to liquid steel. The third stage is converting the liquid steel into billets, and the final stage is the hot rolling stage, which is the conversion of billets to rebar”.

The source identified the total employment in the rebar industry at about 30,337 workers, of which 26,222 working in integrated and semi-integrated factories, which start from heavy melting scrap. As for public sector factories, there are 8,706 workers, and the private sector has about 17,000 workers.

“The number of workers in the hot rolling factories is about 4,115 workers,” he added.

He explained that the productive capacities of the integrated and semi-integrated steel factories are about 10.67 tonnes annually, representing 80% of the total production capacity of rebar steel.

The total production capacity of hot rolling factories, which are estimated to be 16 factories, registers at 2.74m tonnes annually.

According to the source, the investment cost of the integrated steel factories is estimated to be at least $785m for one factory, including a reduced iron factory with investments worth $600m, including a smelter and hot rolling factory, next to the power station and auxiliary services.