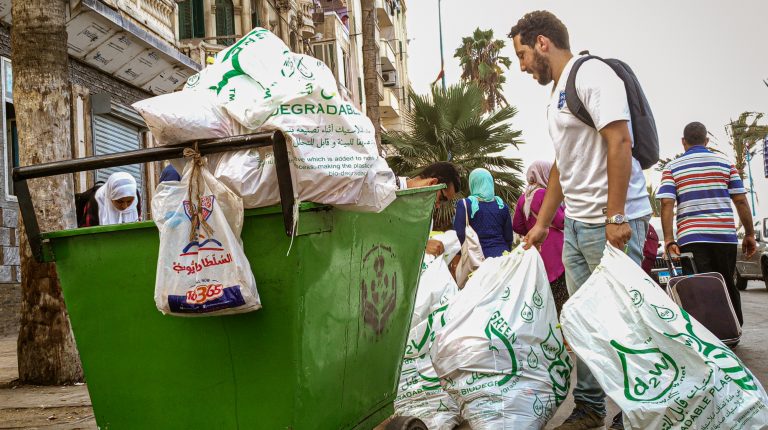 While the middle-class families spent their weekend lying on Alexandria’s public beaches under the summer sun to relax their bodies after year-long hard work to save enough money for the annual trip, they would not imagine that the easiest way to get food and drinks during their stay in the coastal city is only through collecting plastic waste from the sea. Plastic Bah (No More Plastic), is the latest social awareness campaign held by Greenish, which is social businesses aiming to design and implement sustainable environmental solutions. The campaign is funded by the Danish embassy in Egypt, under the umbrella of Egypt’s ministry of Environment.

The name comes from the ancient Egyptian language in which “Bah” means coming to an end or the termination of something.

The campaign targets cleaning the most six polluted ones, with the help of volunteers in each city. The starting cities will include Luxor, Quasir, Kafr El-Sheikh, Sharm El-Sheikh, Minya, and Cairo.

“We have been organising clean-up campaigns for a year now. But every time it is only limited to our volunteers who collect the trash. This year, we aim to make a real difference, through raising awareness of the working class about the real damage their daily acts cause,” said Seif El Ashkar, a member of Greenish’s communication team.

El Ashkar explained that the campaign seeks to achieve a real change in the community through not only collecting the waste, but convincing people to stop their harmful acts.

“With the help of several initiatives that support us in different cities, we target to clean up all of Egypt’s polluted beaches,” he assured.

He further explained that Greenish team provides the volunteers with the required training in order to prepare them to raise the awareness of the people about the issue.

“Before the start of Alexandria’s cleaning campaign, 33 persons from more than six local initiatives were provided with the appropriate training in cleaning the society,” he added. 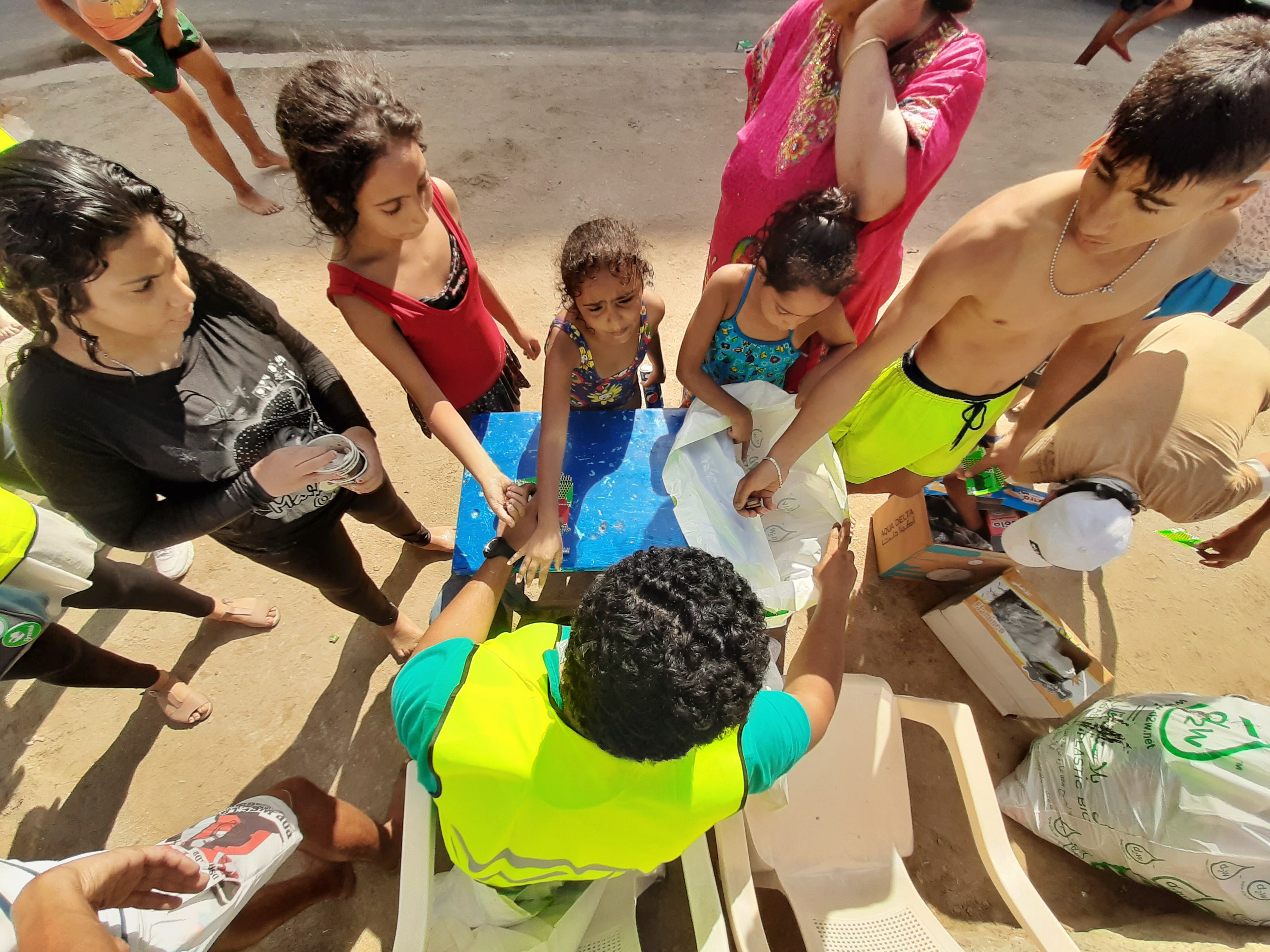 The team come up with a brilliant idea to get the attention of the people in the targeted areas, creating the so called “Bah cards” that can be used to get food and drinks for free.

“They all want to chill and have fun. By offering them food and drinks for free, they would collect plastic waste relentlessly,” El Ashkar explained.

Hundreds of the beach visitors pilled to exchange the plastic they spent hours collecting with Bah cards in order to get free commodities. The team exploited the time the participants spend lining up to get free stuff for collected wats, to speak with them about the effect the collected plastic waste has on humans’ lives.

“We tried to simplify things as much as possible for them. The main key for changing their attitudes is through telling them the affect it has on them, such as spread of diseases and killing fish that eat plastic bags because they look like jellyfish,” El Ashkar explained.

The campaign was well received by the people “who were not aware of the damage their actions caused.”

“Most of the people coming from lower social class, who usually spend their summer at public beaches are accused of being ignorant and a hopeless case, but what we found was the complete opposite! They are willing to change their attitudes, if they were well educated about the dangers of their actions,” he insisted. 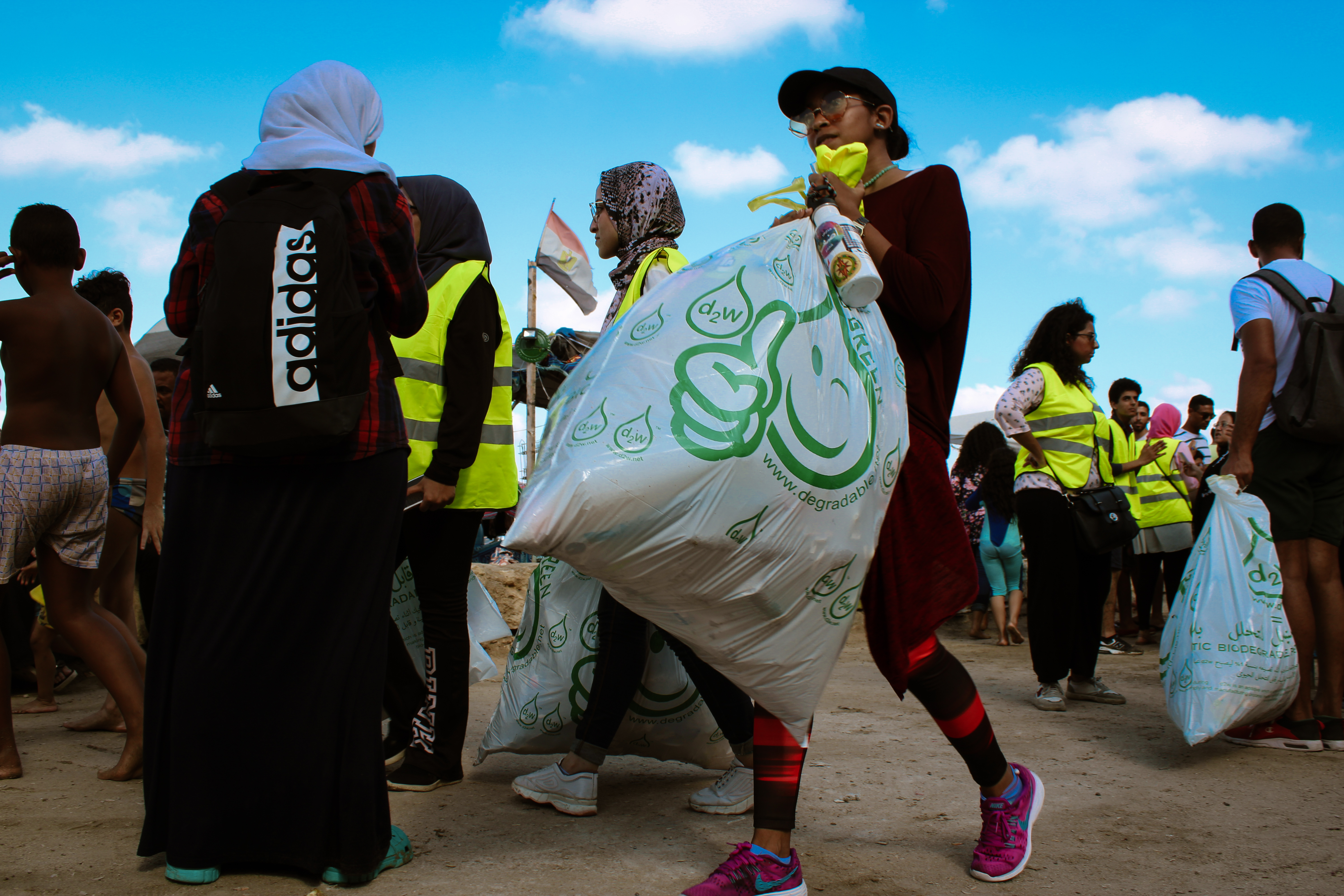 Within a few hours, the team with the help of volunteers managed to collect over a tonne of plastic waste, that were submitted into recycling.

The campaign is to have its next stop by the end of August in Kafr El-Sheih.

The Mediterranean Sea, where Egypt is one of the countries with a 1,050 km coast on it, is one of the most marine environments affected by pollution caused by micro-plastic wastes. The Mediterranean is almost a lake. It has only one narrow outlet in its west, the Strait of Gibraltar, which links it to the Atlantic Ocean.