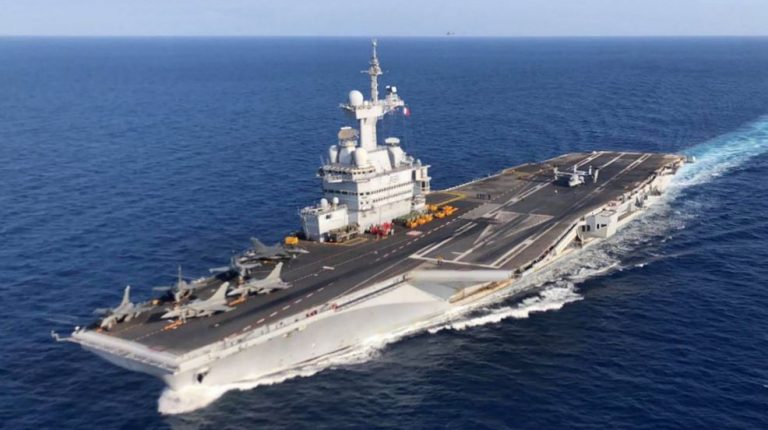 Egyptian and French naval forces carried out joint drills in the Mediterranean Sea on Tuesday.

The naval exercise was carried out at the Mediterranean’s northern fleet by French frigate Jean Bart and Egyptian frigate Damietta.

The exercises come as part of a plan to boost and support military cooperation among the two countries.

“The exercise come under the framework of supporting pillars of joint cooperation between the Egyptian and French armed forces, contributing in enhancing skills and exchanging expertise…in support of maritime security and stability in the region,” the Egyptian Armed Forces said in a statement.

The training included preparations and planning to execute combat activities in the sea and other activities including the use of helicopters to support navy formations in different missions.

The drill also included boosting measures of maritime security at areas of operation by maritime units and exercising on various scenarios which involve the right to visit, board, search and seizure (VBSS) for suspected ships.

In July, Egypt and France kicked off a joint naval and air military exercise titled “Ramsis 2019” with participation from the naval, air, and special naval forces of both countries.