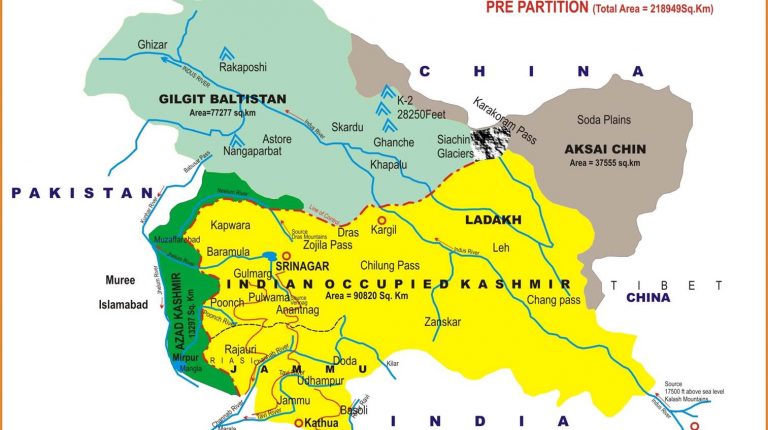 A demonstrator was killed by the Indian police in the disputed-Kashmir region, following the recent measures imposed by the Indian government in the Muslim-majority region.

Officials said the demonstrator was killed in Srinagar after breaking the curfew imposed on the region three days ago. The city of Srinagar is the centre of protests against the Indian administration. Young protests threw stones at Indian soldiers.

On Monday, India’s government has revoked the part of the constitution that gives Indian-administered Kashmir special status in an unprecedented move which is likely to spark unrest in the disputed Muslim-majority state.

The article 370 of the Indian constitution which the Indian government revoked by a presidential decree, guaranteed special rights to the Muslim-majority region. These rights allowed Kashmir to have its own constitution and decision-making process for all matters except defence, communications and foreign affairs.

Following the decree, the Indian government sent thousands of additional troops to the state, and imposed a curfew on parts of the region, as well as cutting all telecommunications and arresting political leaders. Tourists were told by the Indian authorities to leave the region.

Authorities evacuated thousands of tourists and Hindu pilgrims after the government has cancelled the annual Amarnath Yatra, a 45-day pilgrimage to a Himalayan cave shrine. The Indian government claimed that it had information about possible terrorist attacks on pilgrimage routes.

The move of India’s ruling party, Hindu nationalist Bharatiya Janata Party (BJP) is likely to fuel tensions with neighbouring Pakistan, putting the whole region under the risk of a devastating war between the two nuclear powers. In several elections, the BJP has pledged to end Kashmir’s special status.

The entire region has been a subject of dispute between India and Pakistan since the partition of the Indian subcontinent in 1947 following the independence of India from the British colonialism. Each country claims Kashmir in full but controls only parts of it. 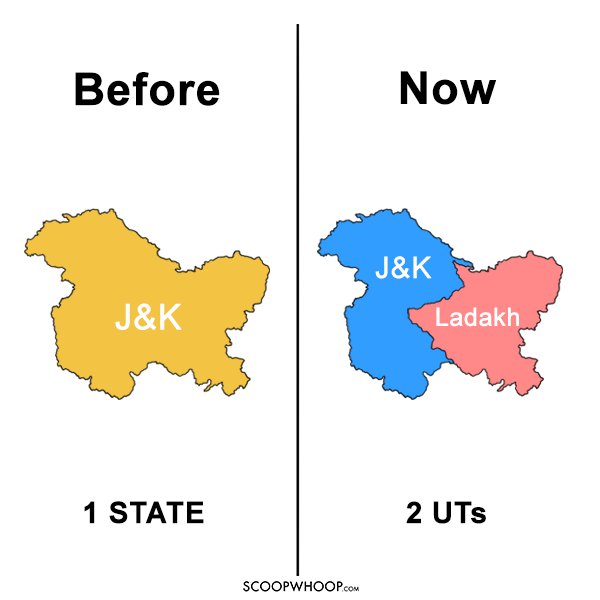 It is a momentous occasion in a parliamentary democracy, the Indian Prime Minister Narendra Modi described the parliament’s decision to revoke the article 370.

Modi said in a series of tweets: “I salute my sisters and brothers of Jammu, Kashmir and Ladakh for their courage and resilience. For years, vested interest groups who believed in emotional blackmail never cared for people’s empowerment. J&K is now free from their shackles. A new dawn, better tomorrow awaits!”

Modi also said his government had fulfilled a long-standing demand of the people of, to declare Kashmir as a territory of India’s union.

“Special congratulations to the people of Ladakh!,” Modi tweeted. Ladakh is Kashmir’s Buddhist-majority region. He added that the decision “will give impetus to the overall prosperity of the region and ensure better developmental facilities.”

“Together we are, together we shall rise and together we will fulfil the dreams of 130 crores [1.3 billion] Indians,” Modi tweeted.

On Wednesday, Pakistan announced downgrading its diplomatic ties with India and suspending trade, in response to the Indian manoeuvres in Kashmir.

Pakistani Prime Minister Imran Khan warned that his Islamabad “will raise this at every level, at the United Nations Security Council.”

During a joint session of Pakistan’s parliament that his government is thinking of how it can go to the International Court of Justice through the UN Security Council.

Khan accused India of attacking civilians across the line of control between the two administrative regions in Kashmir, and of using cluster munitions, a violation of international law.

The situation “has the potential to blow up into a regional crisis” Khan said. He called for US President Donald Trump to mediate in the issue. But, India refuses a third party to be involved in the issue.

Moreover, Pakistan’s Army Chief of Staff General Qamar Javed Bajwa said that the Pakistani army will “go to any extent” to support the people of Kashmir. “Pakistan army firmly stands by the Kashmiris in their just struggle to the very end,” he said, adding, “we are prepared and shall go to any extent to fulfil our obligations in this regard.”

Responding to the Indian move, the United Nations has expressed concerns over the latest actions in the disputed region of Kashmir, calling for restoring stability in the region.

At a press briefing, the UN human rights spokesperson Rupert Colville said, “What we are witnessing now in India-administered Kashmir takes what was already a bit of a pattern to a new level.”

“We are deeply concerned that the latest restrictions will exacerbate the human rights situation in the region,” he added.

Meanwhile, the European Union said it is monitoring the situation, stressing that it is very important to avoid any escalation of tension in Kashmir and in the region. Turkey and China have also denounced the Indian actions and called for reducing tensions.

Timeline for major incidents in Kashmir:

Treaty of accession between the Maharaja of Kashmir and India after the beginning of the war between India and Pakistan.

Elections in the Indian-administered state of Jammu and Kashmir back accession to India.

The constitution of Indian-administrated Jammu and Kashmir defines it as part of India.

The war between India and Pakistan ends in defeat for Pakistan and leads to the 1972 Simla Agreement.

The third war between India and Pakistan over the region

Prime ministers of India and Pakistan agree to reduce violent incidents at the disputed border in Kashmir.

150 feared dead in India as Himalayan glacier breaks down