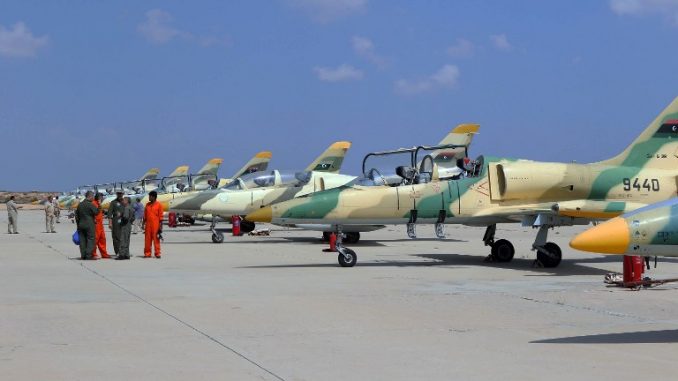 The Libyan National Army (LNA) launching airstrikes against the Air Force Academy in Misrata on Wednesday, destroying an Aero L-39 Albatros fighter jet affiliated to forces loyal to the UN-recognised Government of National Accord (GNA), according to the LNA’s official Facebook page.

This was the second LNA attack on the Academy after the Tuesday strikes.

The LNA said the airstrikes come in response to the alleged Turkish airstrikes which killed a civilian south of Sirte.

In similar context, the United Nations Children’s Fund (UNICEF) condemned the airstrikes carried out by the LNA which targeted the southern Libyan town of Murzuq which killed at least 43 people a few days ago, according to a statement on its official Facebook page.

The UNICEF announced that they received reports indicating that there were children and women among the victims.

UNICEF concluded calling on all the conflicting parties to stop attacks against civilians and avoid harming children in accordance to International Humanitarian law,” asserting that “attacking children is one of the grave violations against children’s rights.”