When you wander in Egypt’s streets, you may notice some children sleeping on pavements or under bridges, or even begging for money from pedestrians. Those children are known as homeless children or street children. They are victims of different circumstances, like poverty, domestic violence, etc. They are deprived from basic human needs, since they have no family or relatives to turn to, living each day as if it is their last.

Homeless children have no hope for the future, as they are rejected by society, and are often subject to sexual harassment, arrest, organ trafficking, and more. Some of them are engaged in petty theft and prostitution.

Despite all the problems that they face in such difficult environment, they like living in the street as it offers them more freedom, therefore reintegrating them into the society became very difficult and requires a lot of efforts. That’s exactly what Flavia Shaw-Jackson tries to do; integrating abandoned and homeless children into the society. Jackson founded FACE for Children in Need in 2003, an organisation in Egypt to help abandoned and homeless children.

Born in South Africa, Jackson chose Cairo to launch her project, visiting Egypt once every month to follow up the activities of the project.

There are at least 12 million homeless people in Egypt, among them 3 million children, according to the Ministry of Social Solidarity. They are mainly based in Cairo, Giza, Qaliubiya, Alexandria, Menoufiya, Sharqeya, Suez, Beni Suef, Minya, and Assiut governorates.

Daily News Egypt interviewed Jackson to learn more about FACE, the transcript for which is below, lightly edited for clarity: 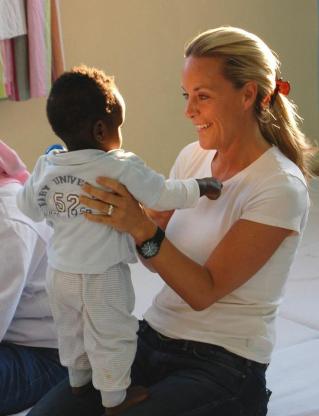 How did you come up with the idea of FACE?

The idea came as I always adored children and I always hated seeing children suffering, then in 1999, I saw a film documenting some children in China who were dying in orphanages, which was really terrible. Hence, I decided to do something for these children, but unfortunately China was too far from me, also keep in mind that at that time I had my first child who was only one-and-a-half years old. So, I started helping children in Belgium. I fostered children that were being abused in Belgium.

Then, I felt like I was really pulled to Africa because I was born in South Africa and I felt that Africa is where my roots are, but it was also far for me, therefore I ended up thinking that I would like to go to Cairo to see how I could help and to be really efficient.

In 2003, I visited the country and I really fell in love with it and its people. I realised that there is a large number of homeless children here. So, I thought to partner with Egypt in order to improve the life conditions of those children.

Then, I launched FACE and registered it in the Ministry of Social Solidarity in 2004. FACE is working now with abandoned children, whether orphans or homeless.

How many projects does FACE have in Egypt?

We have six projects, one in Maadi, two in El Obour, one in Banha, and one in Al-Salam City. Five of them are for abandoned infants and orphans. We have a partnership with the Ministry of Health, where it brings abandoned infants to these centres.

I think what those infants really need is our love and protection, therefore we train our staff thoroughly, and we conduct a psychometric session with the children.

I believe that the physical touch for a baby is very important, so we massage them in order to build a bond between the carer and the child.

While the sixth centre, which is in Al-Salam city, is for homeless children. I think we are the first project in Egypt for street children. What we do is that we have two teams that work in Cairo’s streets to build trust with the children.

We don’t give anything to the children on street because if we give them money, clothes, or food, we are just making it easier for them to stay on streets. So, they have to enrol in our activities, including drawing and playing puzzles.

We teach them life skills and how to protect themselves in the streets. We believe that children have a lot of freedom in the street. They can get money, food, and drugs. So, we don’t push them to come to our centre, we just tell them that they can come whenever they want, and they actually come. 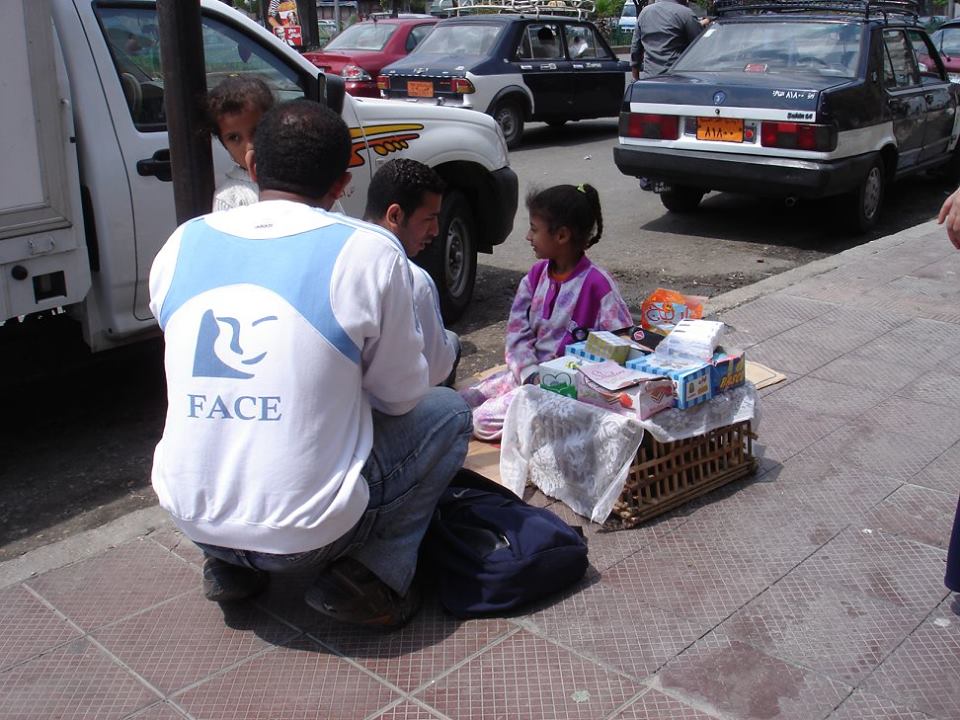 Once they arrive to our centre, we wash their clothes, offer them breakfast, as well as psychological and medical support.

Keeping in mind that the children live in the streets with no rules, so we have to make them understand that life has rules to respect. We tell them that the centre has rules, so if they made a mistake, they should be punished, but they will decide the type of punishment themselves. It helps them to respect the rules. That’s one step to come back into the society, as they have to learn that there are no rules on the street but if they come back into society, the first step is accepting that there are rules.

We also provide them with psychological and educational support, as we have a Child-friendly schools aim to develop a learning environment in which children are motivated and able to learn.

I want to mention that we have an agreement with the government, they accept our certificate, thus the children can return into the school system. That’s another step toward reintegrating them into the society.

When can you say that a child was successfully reintegrated into his family?

We can only say that a child is successfully reintegrated into his family after spending one and a half years with them, and we are supervising this through our social workers who go to the family every month to see if everything’s going well, providing them with the psychological support.

We have a contract with very poor families which states that we will support them, however we don’t give them money, but we offer them required equipment or goods to start a business, on the condition that they promise that their child will go to the school.

How many children do you have in each project?

We have around 50 children in each project. 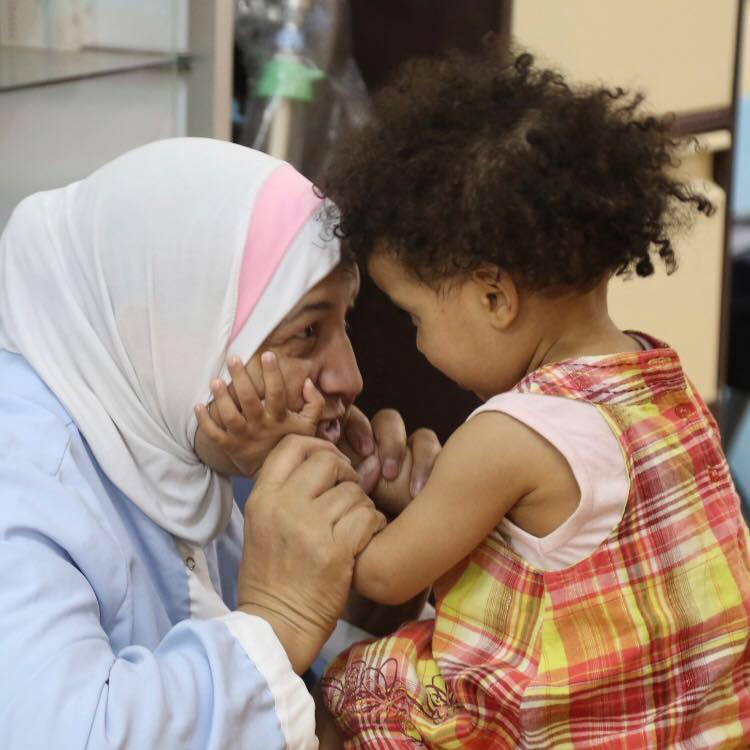 What are the conditions for accepting children in FACE’s projects?

There are no conditions, we accept all children, whatever their conditions, and the minister knows, I mean when they have difficult cases, they send them to FACE and they know that we would never refuse children.

From where do you get the funding for these shelters?

At the beginning, the project was self-funded. It was just my husband and I who were financing it, and then we asked friends to help us in the funding because it costs too much, then we started getting financial support from Egyptians, and now we have a businessperson who helps us. Also, the European Union gave us a fund.

Do you get donations from smaller donors?

No, we have been working here for many years on our projects, but we have not communicated with Egyptians about FACE itself, so normal citizens don’t know us well, while ministers, NGOs, etc, all know about FACE and we have a very good reputation among them.

Do you think that you need to promote FACE?

Yes, we have to do that, that’s where we need help now. I want to mention that my idea is that FACE must be 100% Egyptian, so we have 190 employees, where 100% are Egyptians today.

That’s because my idea is that one day, I will be able to go back to Belgium and it will be completely Egyptian and they will not need me anymore.

What is FACE’s expansion plan in Egypt?

I personally believe that orphanages are not the right place for children to grow up in. We do have our high-quality orphanages, but we are working with Minister Ghada Waly on closing these orphanages and integrating the children into families. In your opinion, what are the reasons behind having a large number of homeless children in Egypt?

I think this is due to broken families, abuse and violence within the family, and poverty. When families have financial problems, they can’t even secure food for their children, so the children have to go out to work.

What are the challenges that still hinder NGOs work in Egypt?

The main problem we face is the red tape, but we get a lot of support from the Minister of Social Solidarity, I was impressed by how much she supports us.

How do you see the new NGOs Law in Egypt?

I think it was in need to be updated and nowadays they are modifying quite a few things, as it was complicated for the NGOS. But they are trying now to make it more flexible, so I think they are moving now in the right track.

What is your aspiration?

I hope to close all orphanages and put children in foster families.