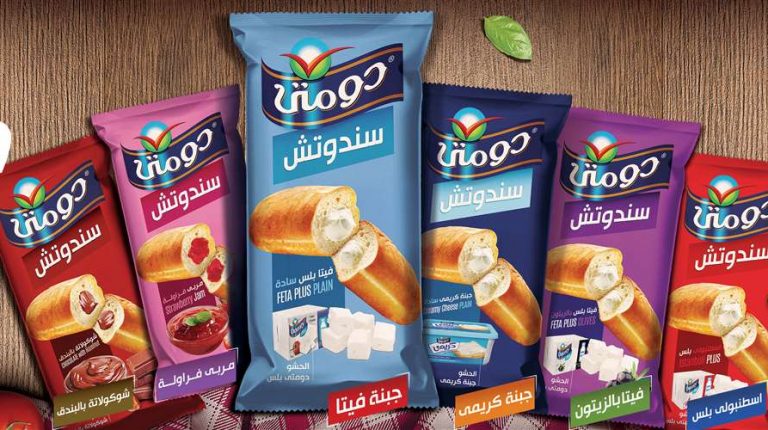 Arabian Food Industries Company (Domty) announced on Wednesday its consolidated financial statements for the second quarter (Q2) of 2019, showing net profit of EGP 37.5m, down from EGP 57.7m in Q2 of 2018, a decline of 35%.

The cheese products account for the largest share of sales by EGP 507.2m, followed by the juice products by EGP 85m, then came the bakery by EGP 54.6m

“The company started to reap the benefits of the implementation of the structural changes and policy adjustments in local sales, export, logistics, and marketing, which led to an increase in the net profit margin by 31%, compared to Q1 of 2019, and by 63% compared to Q4 of 2018,” Ahmed Elkattan, Domty’s CEO and head of Commercial Affairs, said.

Domty’s Vice Chairperson Mohamed El Damaty commented, “We are delighted that the net profit margin has been steadily growing since Q4 of 2018 despite the decline in purchasing power which has been felt by most companies in different business sectors especially FMCG, plus our structural reforms in the distribution sector befitting the company.”

Regarding Domty’s plans in the next period, El Damaty said, “We see the growth coming from the bakery industry in the years to come which encouraged us to add a new bakery line in the next year to help the company reach sales exceeding EGP 3.5bn in 2020.”

“Innovations and new initiatives are also on the table and will be announced after studying,” he added.

He mentioned that the Egyptian market needs to innovate and present new ideas that help companies to grow and achieve good profits, noting that any attempt to invest in existing products or spend money to stimulate sales will not achieve the hoped continuous growth rates, which has always made the Egyptian market special.