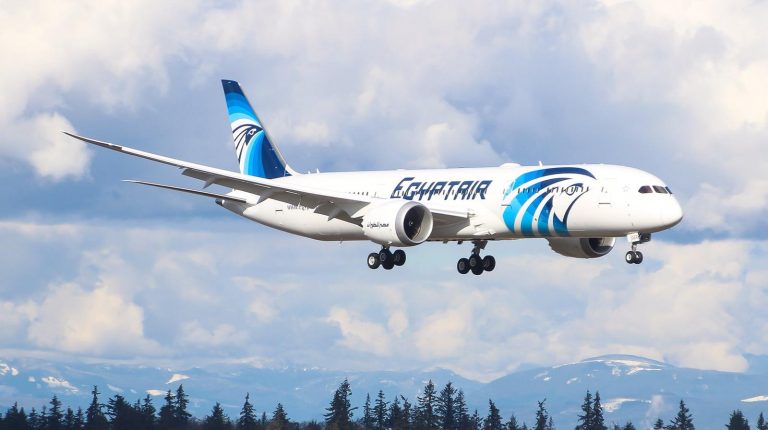 EgyptAir, the flag carrier airline of Egypt, on Wednesday received the sixth and last Boeing 787-9 Dreamliner jet, as part of the country’s deal with American company to support its fleet with new aircrafts of different models. The new jet’s first destination is set to be China’s Beijing on Sunday, 18 August.

EgyptAir said the Dreamliner arrived to the Cairo International Airport from Seattle marking the last delivery of aircraft contracted between EgyptAir and Boeing since March. The $6bn deal was signed in 2018 for modernising EgyptAir’s fleet.

The Boeing 787-9 Dreamliner has 309 seats divided into 279 seats in the economy class and 30 Super Diamond seats, which can turn into full-flat beds. The plane can fly for a distance ranging from 14,800 to 15,700 km without transit.