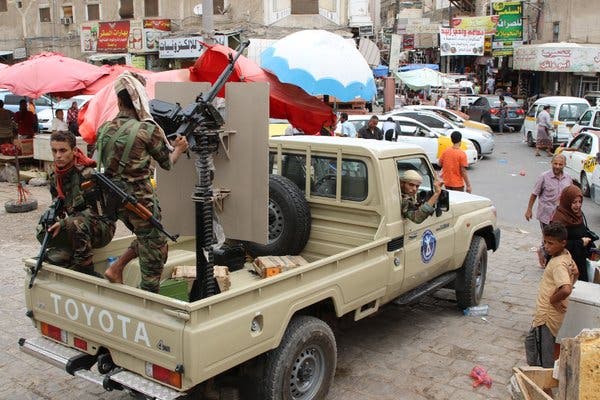 Houthi forces in Yemen have made a drone attack on oil facilities at Shaybah in Saudi Arabia, the Yemeni movement’s Al Masirah television said on Saturday, according to Reuters

The facilities attacked included a refinery and oil storage, Al Masirah said, citing a military spokesman. It did not say when the attack took place.

Shaybah, operated by state-oil company Saudi Aramco, is located in the east of the kingdom, close to the United Arab Emirates border.

The Houthis, who control Sanaa and most of Yemen’s other populous areas, have stepped up attacks against targets in Saudi Arabia in recent months.

In response, the Saudi-led coalition has targeted military sites belonging to the group, especially around Sanaa.

The attacks are said to complicate the UN led peace efforts.

The coalition led by Saudi Arabia and the UAE intervened in Yemen in 2015 to try to restore a Yemeni government ousted from power in Sanaa by the Houthis.

The war has killed tens of thousands of people and pushed millions to the brink of famine.

In a recent development, the Saudi-led coalition warplanes fired flares over Yemen’s Aden last Saturday near camps occupied by southern separatist fighters who last week seized control of the port city which had been the interim seat of the government.

The coalition renewed a call for the separatist forces to withdraw from all sites they have recently captured in Aden.

The seizure of government military bases by separatist fighters a week ago has complicated United Nations efforts to end Yemen’s war and has exposed strains in the Sunni coalition formed four years ago to battle the Iran-allied Houthi group.

The separatists, backed by coalition member the United Arab Emirates, are a major component in the anti-Houthi alliance. But the war has rekindled old strains between north and south Yemen – formerly separate countries until 1990.