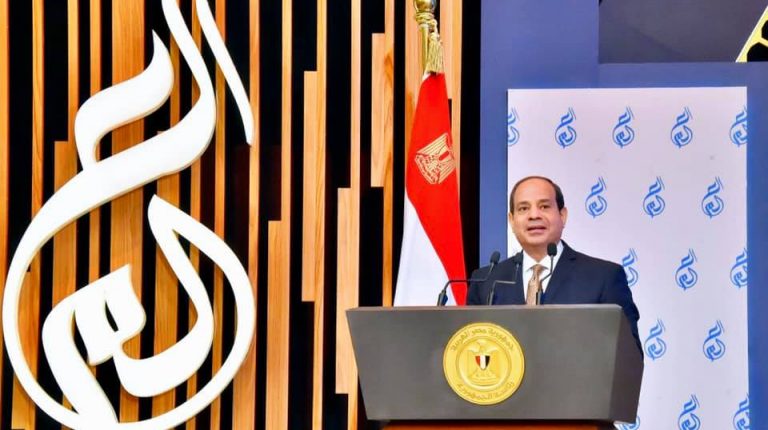 The honoured scholars and university professors received previously other state awards in science.

President Al-Sisi stressed that it is the time for Egypt to rely on science and knowledge to build a civilized, modern state.

Meanwhile, Minister of Higher Education Khalid Abdel Ghaffar asserted during the celebration that his ministry is working on more than 27 educational and scientific research projects.

“The Science Day celebration is a clear evidence on the state’s attention to science and scholars. The Higher Education Ministry prepared a comprehensive strategy to perfectly study the labour market before launching new scientific majors,” Abdel Ghaffar said during the conference.

The minister noted that the state allocated $43.5bn for public universities where there are 122,000 staff members and about 3 million students.

Abdel Ghaffar revealed that the number of colleges in public universities has already been increased, highlighting the expansion in applying “credit hour” programme, and that the number of university hospitals has increased to provide appropriate training for medicine graduates and better treatment service. He declared that the Academic Ranking of World Universities, also known as Shanghai Ranking, one of the annual publications of world university rankings, has included five Egyptian universities in its latest ranking.

Moreover, the minister pointed out that new civil and international universities are being established at a cost of EGP 48.5bn such as King Salman University with its three branches in Sharm El-Sheikh, Al-Tur, Ras Sidr, and the Higher Academy of Sciences in the new city of Galala, Al-Alamein University, and the New Mansoura University.

Abdel Ghaffar said that expenditure on scientific research and development reached EGP 23.6bn, noting that there are 250,000 research papers published internationally, adding that international cooperation in joint researches and in emerging technologies has increased significantly during the recent period, pointing out that Egypt has completed 20 legislative projects.