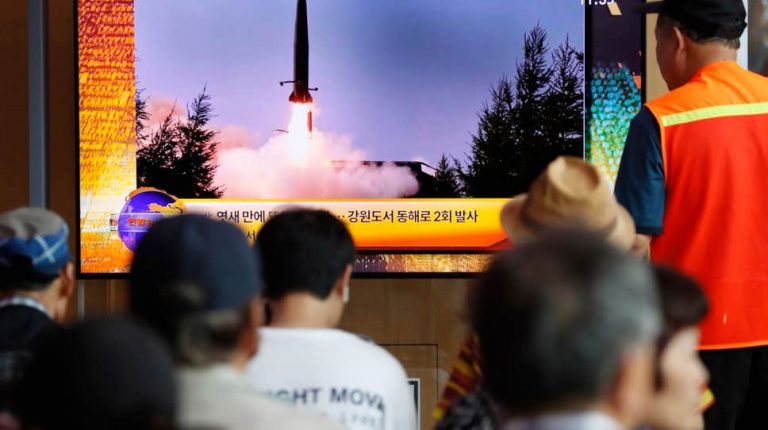 Pyongyang has protested against joint US-South Korea military drills, largely computer-simulated, which kicked off last week, calling them a rehearsal for war. It has also fired several short-range missiles in recent weeks.

Japan’s defence ministry said it did not see any imminent security threat from the latest projectile launch. 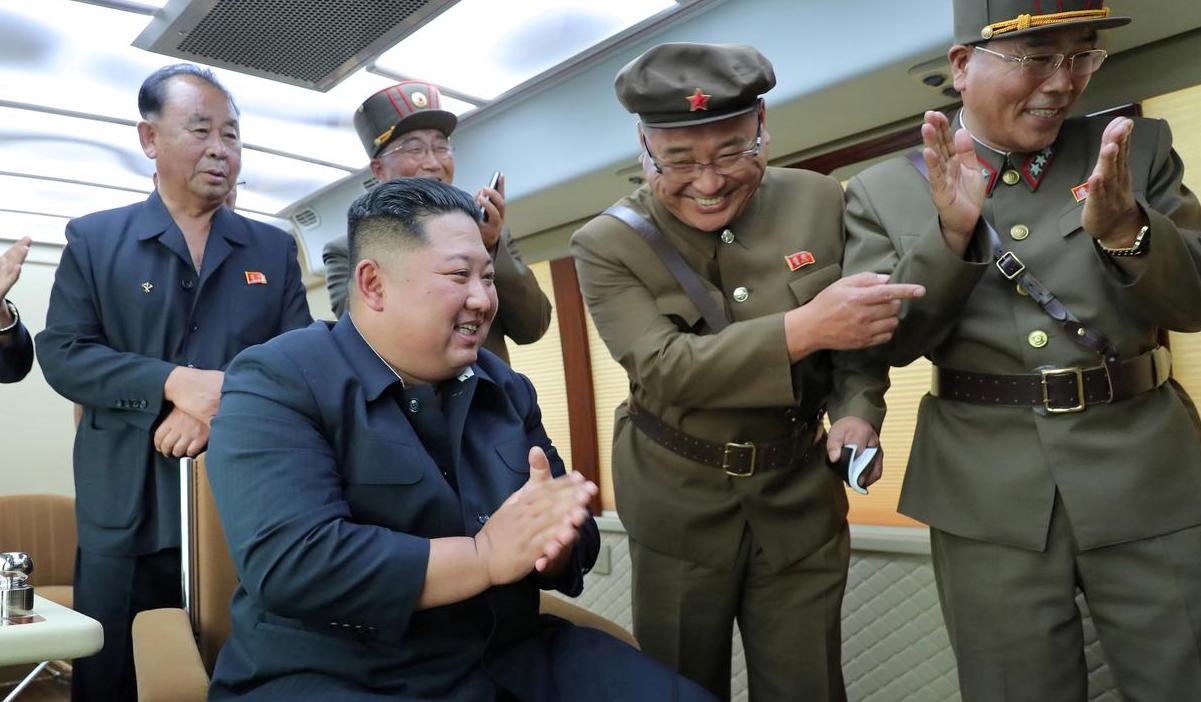 North Korean Central News Agency (KCNA) said on Saturday that Kim showed “great satisfaction” over his military’s recent testing activity and vowed to build up “invincible military capabilities no one dares to provoke.”

While discussions have begun between the US and South Korea, to get the latter to pay more for the cost of maintaining US troops in the region to guard against any threat from North Korea.

In early August, North Korea again expressed anger at US-South Korean military drills by launching new tactical guided missiles. They were fired from South Hwanghae province across the peninsula, travelled about 450 kilometres and landed in the sea to the east, KCNA said.

South Korea’s military had described those missiles as similar to the Russian-made Iskander, a solid-fuel, the nuclear-capable missile that is highly manoeuvrable and travels on low trajectories, improving its chances of evading missile defence systems.

This is North’s fourth provocation in less than two weeks, came amid stalled denuclearisation talks with Washington, although Washington and Seoul played down the tests.

US President Donald Trump said on Saturday that he is tacitly giving North Korea permission to continue testing. “I say it again, there have been no nuclear tests. The missile tests have all been short-ranged — no ballistic missile test. No long-range missiles,” he stressed.

The United States has responded to this kind of warnings before when North Korea fired two short-range ballistic missiles on Wednesday.

This and the two similar missile tests last week, raised the stakes for US and South Korean diplomats hoping to restart talks on North Korean denuclearisation. 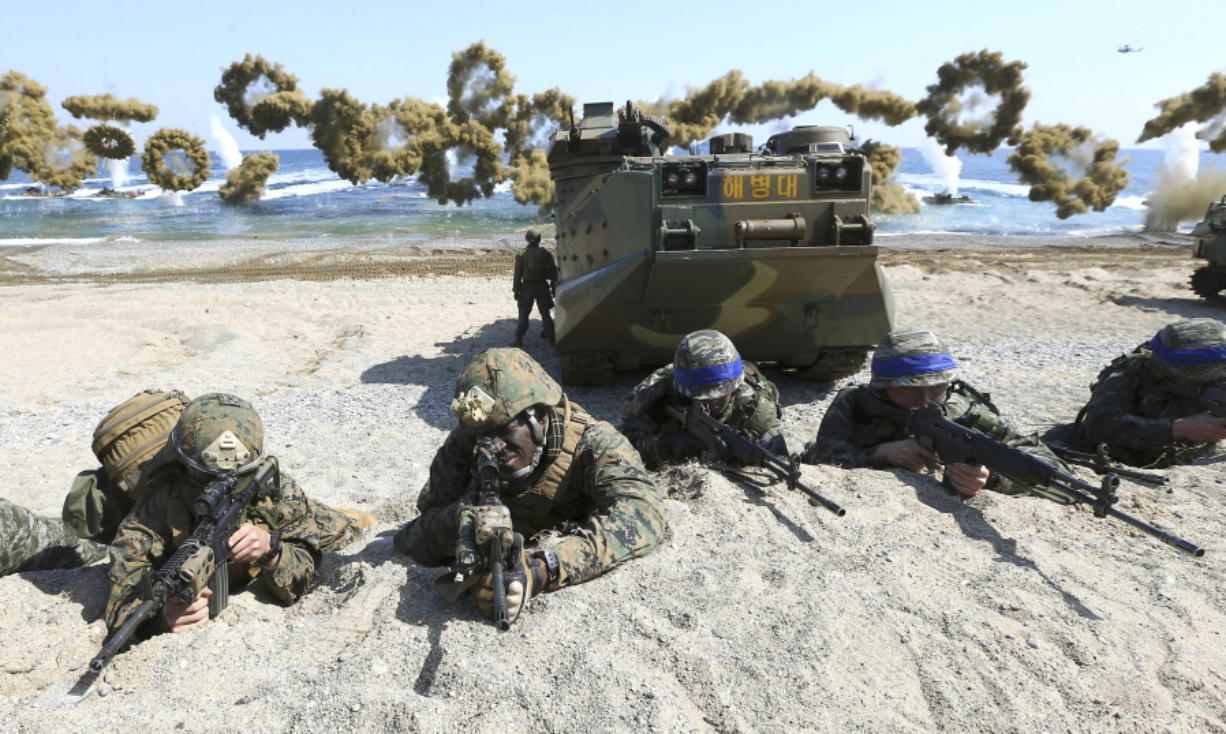 On Wednesday, a senior US defence official said it does not plan to make changes to a military drill with South Korea, despite a series of North Korean missile launches intended to pressure Seoul and Washington to stop joint exercises.

The US and South Korean militaries joint exercise which started on 11 August, known as Dong Maeng, which is believed to be a slimmed-down version of an annual drill once known as Ulchi Freedom Guardian exercise, which included thousands of US troops. It is unclear how many US troops were involved this year, but the official noted that the exercise, as in the past, would have a large computer-simulated portion.

North Korea had earlier said that it will wait to see if this August exercises actually take place to decide on the fate of its diplomacy with the United States and also whether to continue its unilateral suspension of nuclear and long-range missile tests, which leader Kim Jong Un announced last year amid a diplomatic outreach to Washington.

Earlier in August, Trump tweeted “It was a long letter, much of it complaining about the ridiculous and expensive exercises. It was also a small apology for testing the short-range missiles, and that this testing would stop when the exercises end.”

Each year, the two countries conduct military drills, often also called war games. Seoul and Washington say the drills are defensive but Pyongyang sees them as a preparation for war.

Following the 2018 summit in Singapore where North Korean leader Kim Jong-un and US President Donald Trump agreed on a vague denuclearisation statement, the US president also said he’d cancel the war games.

It is no doubt that the North Korean nuclear program represents a clear threat to both North Korea and its greatest ally, since the second world war, the United States.

And besides their shared disapproval for the North, US is South Korea’s second most important trading partner after China.

However, Trump has repeatedly said Seoul should bear more of the burden of keeping some 28,500 US troops stationed in South Korea, where the United States has had a military presence since the 1950-53 Korean War. And US national security adviser John Bolton discussed the cost-sharing issue during his visit to Seoul in July, according to the Blue House.

South Korean and US officials signed an agreement in February, under which Seoul would raise its contribution to just under 1.04 trillion won ($927m), an increase of about $70.3m. The interim agreement was due to expire in a year.

1949: A pro-Soviet puppet government is left in charge of North Korea with a vastly superior army to US-supported South

November 4, 1950:  With increased opposition, UN offensive stalls and then collapses. Chinese troops push UN forces back across the 38th parallel and capture Southern capital of Seoul

January 21, 1968: a team of 31 North Korean commandos is sent to Seoul to assassinate President Park Chung Hee, but is intercepted by South Korean security. All but two are killed, and only one of those captured.

August 18, 1976: North Korean soldiers attack a work party trying to chop down a tree inside the demilitarised zone. Two US army officers are killed in what becomes known as the “axe murder incident”.

October 9, 1983: An attempt to kill South Korean President Chun Doo Hwan takes place when North Korea plants a bomb in a mausoleum in Yangon, Myanmar during a visit by Chun. He survives but 21 people, including some government ministers, are killed.

November 29, 1987: A bomb planted on a Korean Air flight explodes over the Andaman Sea, killing all 115 people on board. Seoul accuses Pyongyang, which denies involvement.

September 18, 1996: A North Korean submarine on a spying mission runs aground off the eastern South Korean port of Gangneung. After a 45-day manhunt, 24 crew members and infiltrators are killed.

October 9, 2006: It carries out its first successful nuclear test. Since then it has come under a series of international sanctions.
March 26, 2010: The South Korean corvette Cheonan sinks, killing 46 sailors. An international investigation concludes it had been torpedoed by a North Korean submarine. Pyongyang denies the charge.

November 23, 2010: North Korea fires 170 artillery shells at Yeonpyeong, the first attack on an area populated by civilians since the war: four are killed, including two civilians. South Korea’s troops fire back with cannon.

September 21, 2017: South Korea’s new President Moon Jae In tells the United Nations he does not want the “collapse” of North Korea but warns against tensions becoming “overly intensified” and “accidental military clashes”.

November 2017: Seoul imposes new unilateral sanctions, putting 20 North Korean organisations including banks on a blacklist. The measures are in addition to fresh sanctions by the UN.

January 3, 2018: the Koreas reopen a cross-border hotline, shut down for two years, after Kim Jong Un suggests Pyongyang could send a team to next month’s Winter Olympics in the South.