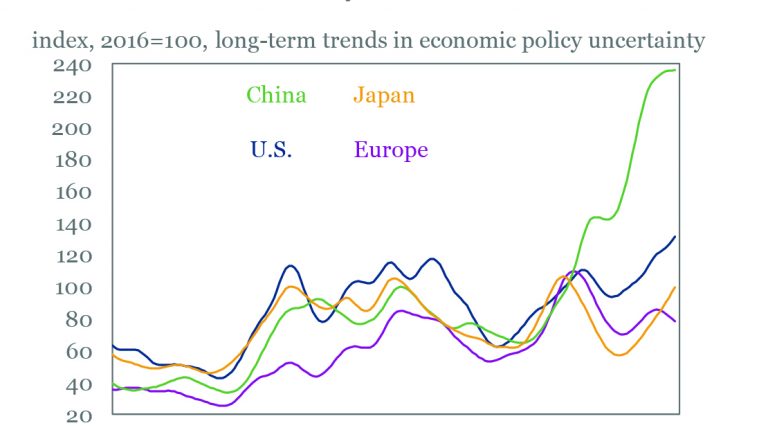 The Institute of International Finance stated in its latest report that the global debt monitor points out that the sustainability in a number of vulnerable emerging and frontier markets is a growing source of concern, and declining global interest rates will likely encourage emerging markets (EM) borrowers to take on even more hard currency debt.

“While debt strains in many Belt and Road Initiative (BRI)-recipient countries are by no means attributable to China alone, a number of countries, including Pakistan and the Maldives, do face potentially challenging bilateral debt repayment schedules to China,” the IIF added.

The proliferation in new projects since the launch of China’s BRI imitative in October 2013 has been extraordinary.  China has signed no less than 170 intergovernmental cooperation documents with 122 countries and 29 international organizations, with the country’s export credit agencies insuring and investing over $600bn of BRI-related exports and investments.

The IIF mentioned that small wonder then that China’s share of total FDI into countries in Asia and beyond has sky-rocketed during that time frame, though BRI countries have only accounted for some 9%-12% of China’s total outward direct investment in recent years.

The IIF noted that as the trade war roller-coaster swerves on the risk of further deterioration in business sentiment has become a key driver for corporate earnings forecasts.

It explained that the economic policy uncertainty in both US and China is at record highs, which is likely to prompt delays and cutbacks to both business investment and household consumption.