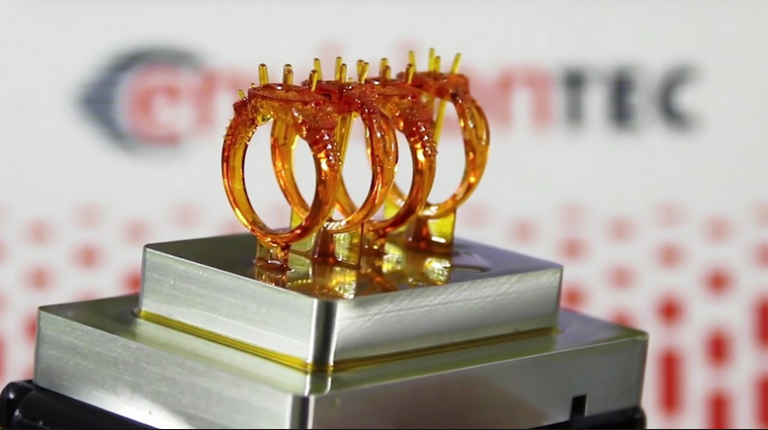 Mohamed El Hashemy, Chairperson of Lamina for Additive Manufacturing Technologies & 3D Printing, told Daily News Egypt that the design of gold and jewellery includes several stages, starting with the initial design, then the production of 3D wax models, and finally the stage of smelting and casting of gold ore turning it into gold jewelry ready to be sold in the market.

Daily News Egypt interviewed El Hashemy, to find out the company’s plans, and how would 3D printing change the local jewellery market.

When was Lamina established?

Lamina is a start-up company established in March 2017, through the Ministry of Investment’s Falak Startups, which is Egypt’s largest startup accelerator. Falak owns 4% of the company’s capital.

When did the company introduce the first 3D printer?

The company launched the first 3D printer for gold jewellery in February, intending to develop Egypt’s gold industry and shift from manual labour to technological manufacturing.

Did the company experiment with prototypes to reach the final model?

The company conducted several experiments with prototypes during the period from 2016 to 2018 to reach the best model of the 3D printer, to produce high-quality gold jewellery in addition to low economic costs to suit the requirements of SMEs.

What is the percentage of local materials in the printer?

The printer is produced in 90% local materials, aside from the projector, which is imported from a global company specialized in optical imaging. This is one of the main parts relevant to the quality and details of the preliminary wax models, which is part of the manufacturing stage.

Why didn’t you use an alternative to the projector as a light source from local materials?

The company conducted several experiments on the use of lasers as a light source, but the experience proved that the quality of wax prototypes was low in addition to the short life span of the material at only one year.

Is there a warranty on the printer?

The company gives customers a guarantee on the projector of 50,000 working hours and a one year on the printer.

Is the wax used in the manufacture of the prototype locally made?

The company is currently considering the preparation of its own new wax production line to be compatible with the printer. The printer can work with both local and imported wax.

How is the gold piece made of wax?

The idea of the printer is to build the jewellery piece inside the platform in the form of successive layers on top of one another made of liquid wax, which is dried by the shedding of a light source on it. The accuracy of showing the details depends on the severity of the light.

What is the sales volume of the company? What is the target by the end of this year?

Lamina achieved sales of EGP 500,000 during the first half of this year, selling 3D printers to produce gold and jewellery. We aim to increase the sales volume to EGP 1.5m by the end of this year, through the marketing of its products to about 5,000 workshops that manufacture gold jewellery in the local market. We also aim to market the printers to jewellery designers and small business owners and colleges of art and design, within the framework of the development of the gold industry and transforming it from manual methods to modern methods that adopt the technology of producing gold jewellery through 3D printers. 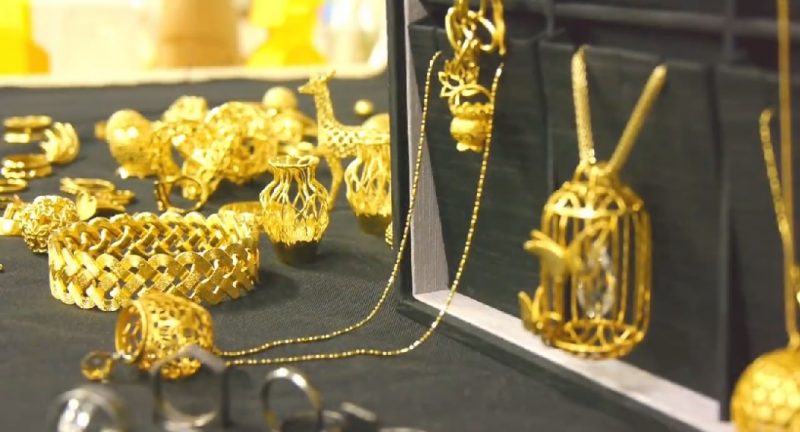 A large percentage of gold workshops and factories in the Egyptian market are still dependent on the production of prototypes made of wax using manual methods, which do not commensurate with the recent boom in the gold industry.

The use of 3D techniques in the production of gold jewellery saves time, effort and labour as well as facilitate the implementation of complex designs. It also helps workshops and factories to turn into mass production.

Why do not factories and workshops accept to rely on modern technology in production?

Many workshops and companies were unable to turn to this technology because of the high cost of purchasing 3D printers, which range in price from $5,000 to $10,000.

What are the specifications and prices of the company’s 3D printer?

Does the company provide other services?

The company offers integrated services for gold and jewellery production, including training courses in the management and operation of these 3D printers, in addition to the gold jewellery design software such as RhinoGold and Matrix. We are working with universities to implement graduation projects instead of only designing jewellery.

iSagha does not compete with gold companies, actually aims to maximise their sales: CEO