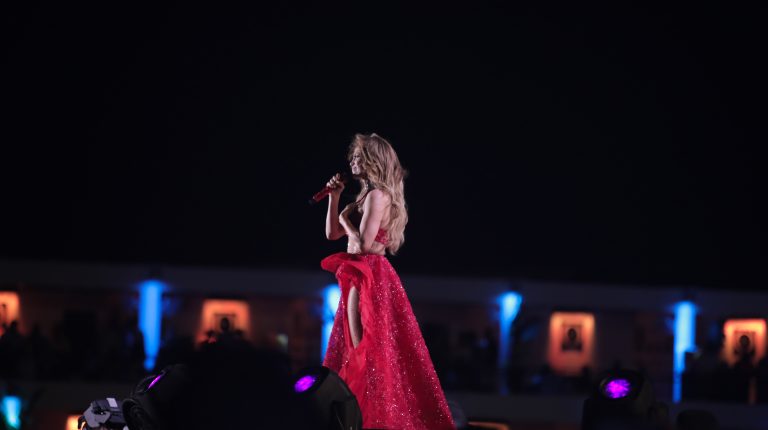 Dubbed as a global sensation, her name is synonymous with bold music, feverish dance routines and a glittering wardrobe. In time for her 50th birthday, the international performer chose to change several gender and age-related stereotypes through a global tour. Between stunning photoshoots and news flashes from her sold-out concerts, Jennifer Lopez (nicknamed JLo) has been a reoccurring topic of interest in global newswires; championed for proving that female performers can maintain a strong career after 50.

A couple of months ahead of the summer season, the Egyptian audience was surprised to learn that the award-winning performer is scheduled to bring her birthday tour to the New Alamein City in The North Coast, Egypt. With the event’s scale in mind, JLo’s fans in Egypt raced to buy the relatively-expensive tickets and before long the highly-anticipated night took place. 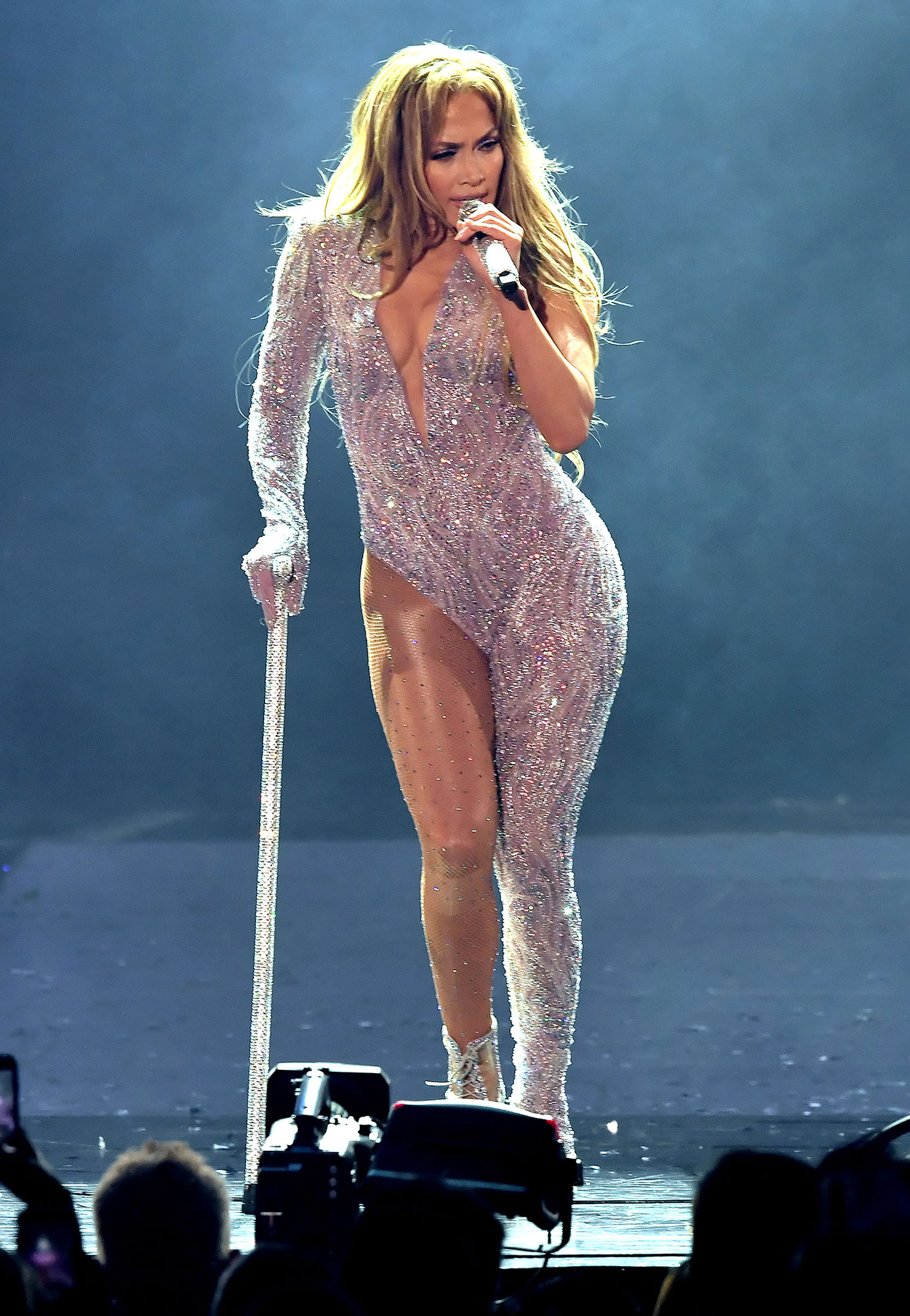 Nevertheless, the concert’s repercussions veered away from all expected scenarios. Despite the unquestionable support of the government and the healthy number of attendees, the general public was quick to criticize several aspects of the star-studded night. Between the performer’s controversial choice of wardrobe and her tour’s previous stops, social media attacked the concert and a well-known Egyptian lawyer soon filed for a lawsuit against the singer.

Standing in the heart of contradicting feedback, Rabih Mockbel is an entertainment entrepreneur determined to further push the envelope and change the industry. In two years, Mockbel managed to bring world-class performances such as Uber Haus and Tale of Us for the first time to Egypt. Their success paved the way to further exploration.

“Later, I organized the El Gouna Film Festival’s opening party, Solomun in Sahel Hashish and Black Coffee in Gouna during the dead season of February. At that point I realized that 50% of my work in Egypt is going to focus on this industry; which is events, concerts and activations,” said the Lebanese entrepreneur and founder of Venture Lifestyle.

It was through his expanding portfolio that he got a primary confirmation from a mega sponsor promising interest in bringing a big international performance to Egypt. “I previously worked with Jennifer Lopez and her team in Abu Dhabi; when my team used to work on the Ferrari F1 events with Mubadala,” explained Mockbel.

While tickets were selling out fast and everyone was eager to express pre-concert excitement on social media, few digital campaigns asked the public to boycott the concert given the fact that JLo performed at Tel Aviv only weeks before her Egyptian concert. The campaign went viral. Even though it did not seem to slow down the sales, it already put the event on the negative side of the news.

“What people do not know is that this date was assigned four months in advance, we had no clue at the time that this date will coincide with the day of Arafat. In parallel, the performer’s team chose the date according to the tour’s stops.” Mockbel added “we were determined to address our keenness on not being directly before or after Tel Aviv. The team put effort into plugging in two cities between Tel Aviv and New Alamein; she visited Malaga and Antalya in the middle on purpose.”

Despite the resentment online, the VIP tickets sold out three weeks before the event and the Golden Circle sold out three days before the event. “As for the standing tickets, we left it open till the last moment because they were relatively expensive, 150$ for a ticket that only gets you inside the concert without any further perks – we sold 9,000 tickets, which is very good,” announced Mockbel.

On the 9th of August, social media was swamped with videos and pictures from the concert. Reportedly 1000 thought-leaders – including ministers, government officials, celebrities and businessmen – were among the crowd. According to the organizers, 16,000 attendees enjoyed the performer’s repertoire of exotic dance moves and bold outfits. While those on ground praised the world-class performance, those keeping up with the shenanigans through their phones did not seem to agree.

Social media users were quick to compare the American performer’s wardrobe to Rania Youssef’s highly criticized dress from the 40th Cairo International Film Festival’s closing ceremony. The posts questioned why the Egyptian actress was prosecuted and publicly shamed for her choice while JLo was praised. The digital frustration soon encouraged Egyptian lawyer, Samir Sabry, to file a lawsuit against the American celebrity.

“These transparent and nude clothes and the date of the concert is not appropriate at all,” said the well-known lawyer to local media. According to him, her wardrobe choices “violates Egyptian norms and traditions.” Described by Sabry as “naked on stage”, the performer wore the same outfits she previously wore through the tour; including a rhinestone-studded leotard that covers one arm and one leg, which she refers to as her birthday suit.

With that in mind, the performer added one extra outfit to her tour wardrobe as she wore a red ensemble designed by Nagwa Zahran. The ruffled outfit went viral online; however, many were torn between praising the designer for being the first Egyptian to dress JLo on stage and pointing out the outfit’s questionable quality.

“I believe that Lopez is a great iconic star, who has been touring for the past two months with the same wardrobe around the world. You have to either accept who she is or leave her.” Mockbel added “we needed her more than she needed us, we need to be aware of this. Egypt truly needed a similar event. When we all agree on this, we will be at peace with her choice of wardrobe.”

According to Mockbel, Lopez’s team has already been in contact with him regarding the lawsuit; inquiring regarding its seriousness and what it can lead to. “We are planning not to highlight the lawsuit; instead, focus on the success of this event and the positive feedback that we have been receiving from local and foreign attendees. We organized such an event right after a terrorist attack and still, 16,000 people showed up; it is a very big step and message to the world about the country’s level of safety and tourism growth potential,” stated Mockbel.

According to the organizers, they believe that if they ignore the lawsuit for a few days, everyone will eventually forget about it. Nevertheless, social media users have already found another concert-related detail to question. With 98.7 million followers on Instagram, the performer documented each of her previous stops with a dedicated post and few stories. Yet, she has not shared anything regarding her performance in Egypt until this date.

Positioned as an event that is set to bring international attention to Egypt and capitalize on the performer’s popularity, especially on social media – the concert was once again under fire for failing to secure a digital post on JLo’s account.

“Our agreement with JLo does not include online posting. Some countries do pay money for a social media post. Instead, I paid for other activities. Because I do not think we should pay money for such a thing. It is our job as a country to advertise for the event and not her job. She showed up, gave a stellar performance, and even brought her kids along to show them the country; she did her job perfectly,” said Mockbel.

Already looking ahead, Mockbel and his team are ready to move forward. Accordingly, they are already in contact with Dua Lipa, Lady Gaga and Justin Bieber among others for performances between November and December.