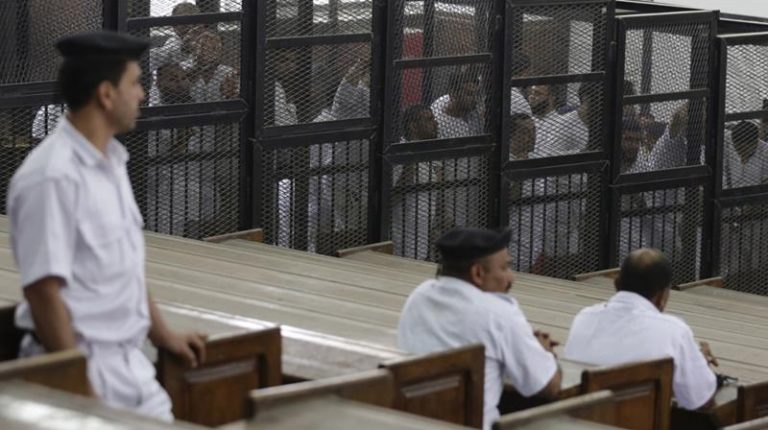 Meanwhile 41 other defendants were sentenced to lifetime imprisonment.

The court have also acquitted 14 defendants, and announced that charges were dropped as he is already died.

The 70 defendants were facing accusations of establishing and running the “Popular Resistance Committee in Nahya and Kerdasa”, in contravention of the provisions of the constitution and laws. The court said that that committee was aiming to hinder the state’s institutions, as well as violating the laws.

They were also accused of terrorism and the use of violence to achieve the group’s purposes, killing three people including a National Security Appratus police officer, and possession of arms and ammunition including TNT explosives.

Egypt witnessed several attacks which targeted police officers, judges, military personnel, and public figures since the dispersal of the Rab’a Al-Adawya sit-in in 14 August 2013, where supporters of former Islamist president Mohamed Morsi were demonstrating against his ouster.