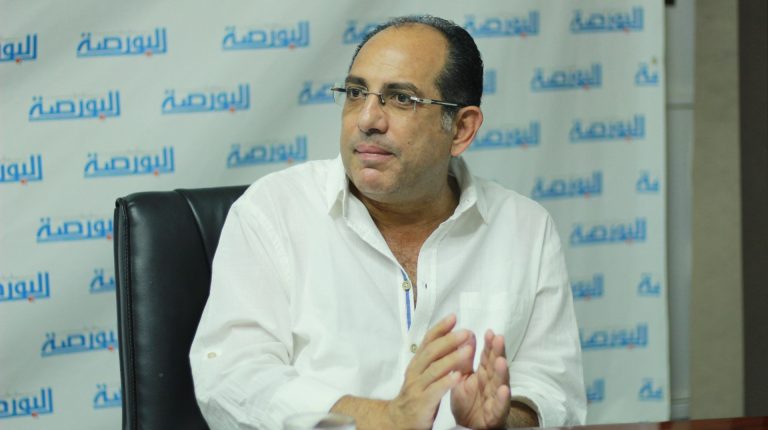 The General Assembly of the Holding Company for Cultural and Cinematic Investment was held at the headquarters of the Supreme Council of Culture in the middle of July after Prime Minister Mostafa Madbouli had issued the decree No. 1432 of 2019 to form the general founding assembly of the company.

Khaled Abdel Galil, culture minister advisor for cinema, said that the establishment of the company comes in line with the general orientation of the state for supporting culture and film industry to achieve sustainable development while introducing high-quality artistic works that reflect the Egyptian civilization and preserve its identity. 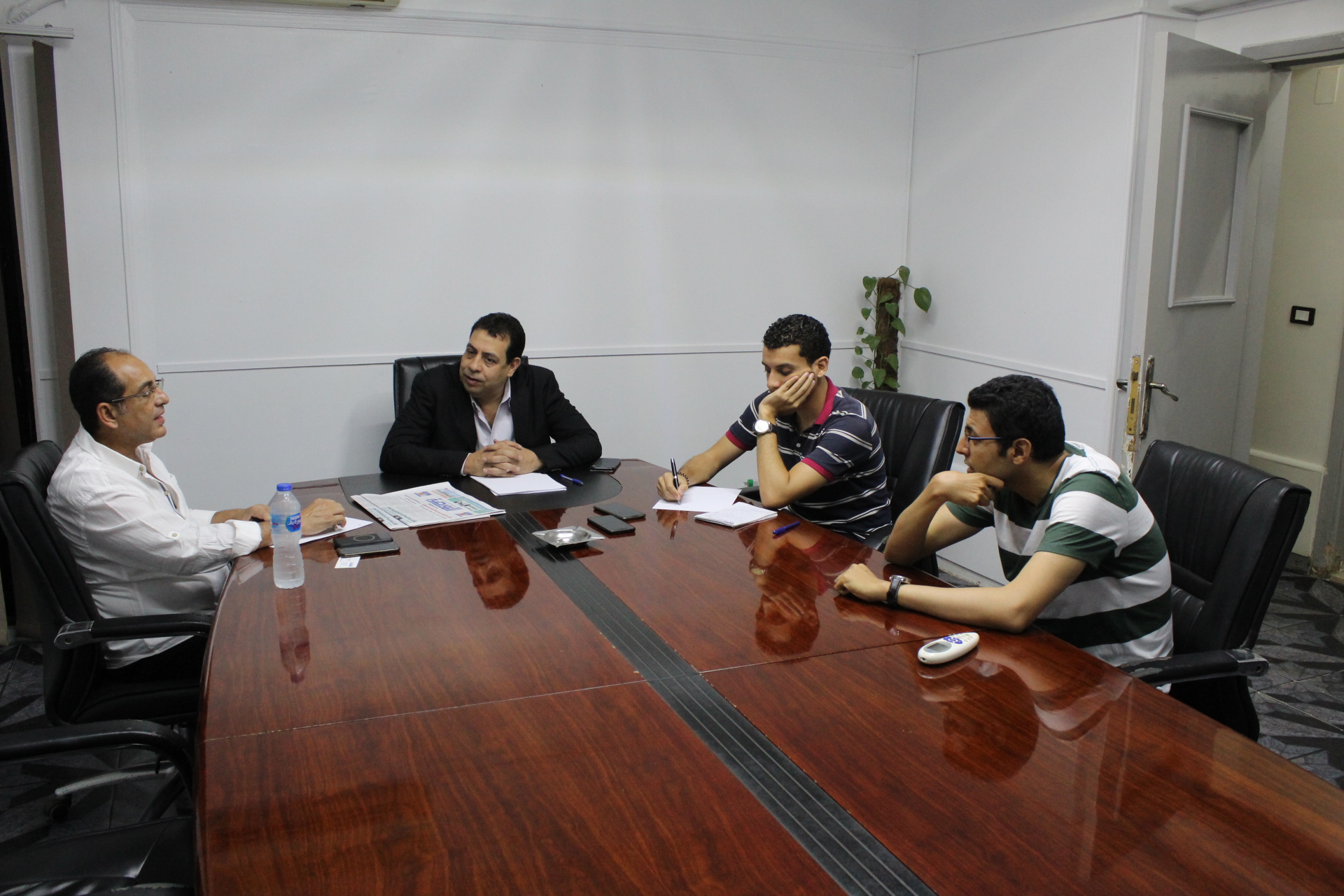 Abdel Galil, who also heads the National Center for Cinema and the Artistic Censorship Authority,

explained that the new holding company will work to promote the technical and vocational level to revive the film industry and cultural creativity through the restructuring of the cultural activities system in Egypt with an investment thought. He added that the cinematic assets, including studios and cinemas, are still owned by the Ministry of Culture, while allocating their management to the Ministry of Investment is a correction of the Egyptian cultural scene and restores its distinctive role in the development of society.

Daily News Egypt interviewed Abdel Galil to identify the planned changes by such new companies established by the state to exploit and develop state assets in this field. The interview’s transcript is below; lightly edited for clarity:

What is the purpose of establishing a holding company for film industry?

The idea of establishing a holding company for cinematic and cultural industries came out of the strong desire of the Egyptian state to exploit its cultural assets, such as theatres, museums, studios, and palaces of culture. Most of these assets are full of employees, thus cuffing the budget of the ministry. Whatever the budget of the Ministry of Culture and its institutions, it will in no way cover the required cultural activity, even after the financial support by the Ministry of Finance to keep theatres and the National Cinema Center alive. This was the reason to establish the company, so as to make a financial return to be added to the state budget and a cultural return by using the untapped assets.

What are the assets of the newly established holding company?

The company owns 24 cinemas spread across Cairo and other governorates, four cinema studios, and untapped land. The company will enter through these assets in production partnerships of approximately 25% at a competitive market price, in return that the state will provide a suitable exhibition space for each cultural product and will not ban or remove these products. I believe that the state-owned channels should buy the rights of these products after the end of their screening period to be a third party in this system and help to make them successful.

When will this become a reality?

It is on the way to exist on the ground, by the Ministry of Culture announcing the company’s subsidiaries and the formation of its boards of directors, as a representative of the state and assume the responsibilities of the Minister of Public Enterprises Sector in state companies.

Will the investment opportunities in the film industry become clear then?

So, what are the next steps for the emergence of these subsidiaries?

The Minister of Culture Inas Abdel Dayem, as chairperson pf the Holding Company, will form its board of directors. This has no link to the subsidiary cinema company, whose board will be formed later.

What about the rumours that artistic and cultural works do not make much profits?

This is a cliché which is absolutely untrue. There are other rumours that films created for festivals lose and are not profitable compared to other commercial films, which is illogical, especially since the sale of the film after screening at festivals multiplies its sales value to satellite channels.

How can Egyptian cinema return as an export industry to solve the cinema crisis?

The so-called “cinema crisis” is also a cliché, but there are multiple parties that look at the problem from their perspectives and want to solve their obstacles only, while the film industry in all developed countries is represented in the national centre. For example, in Morocco, the National Center for Cinema has turned the country into a major destination for shooting films of all nationalities, which brings huge returns to them.

But you are the head of the National Cinema Center in Egypt, what is the centre’s role?

The centre needs to be restructured to become a true supporter of the film industry, which I have been saying for over 10 years. I submitted several proposals to turn the centre into a cinema body that offers true services and establish a holding company for cultural industries eight years ago to the Ministry of Culture. Inas Abdel Dayem is the first Minister of Culture to present these proposals to the prime minister officially, and it was officially approved by the Ministry of Planning.

What is the estimated budget of the National Cinema Center?

It will not need a huge budget as it will be an organised entity that will lay the foundations of the cinematic work only. In addition, there will be self-sufficiency in terms of expenses and will not cost the state anything. For example, filming foreign films will bring large revenues in hard currency, and therefore the state will not bear any costs.

Will the Egyptian Center for Intellectual Property and the film rating system replace the Artistic Censorship Authority?

This project is still under study by the Ministries of Finance and Planning, and they will be merged in an entity. Since I took up my post in 2015, I found that the film rating will eliminate the problem of censorship on commercial films and prevent children from watching these films in cinema theatres. Incidentally, such films gradually decreased since the application of film rating. Now, all producers have become aware of the film content rating system. They are now aware that film rating is not only linked to sexual, religious, or political aspects, but it relates to other indicators that may adversely affect youth, such as using drugs, profanity, or even posing problematic issues to the public who can understand them. I think that film rating is now beginning to be transformed into a general culture which is also applied to television.

What about Egyptian Center for Intellectual Property?

After the approval of the Intellectual Property Law, the intellectual property bodies will be grouped into one entity with four central departments comprising copyright and licensing at the Ministry of Culture. The Copyright Office of the Supreme Council of Culture, censorship, and film rating will be in the same entity.

How do you see the state’s input in the cinema production?

The state cannot be the source of culture because in this case, it wants a canned culture and will not allow creativity, so the state should support culture and cinema production and this is what happens in developed countries, where the state has a regulatory role and develop theatres and studios.

How do you see the revival of Egypt’s “soft power”?

The state wants to revive its soft power, where the government believes that the strong influence of Egyptian cinema and culture should be invested. This is the difference between “the World Cup zero scandal” where Egypt failed to garner a single vote in the 2004 bidding poll, and Egypt’s successful organisation of the 2019 Africa Cup of Nations in June.

What about preventing banks from lending film production companies?

After the formation of the Holding Company for Cinema, it will have the right to contact banks over loans to production companies.

Who is currently responsible for sound and light shows?

What about the Egyptian cimatheque project?

There is a project currently under study on documenting the heritage of cinema. Everything about films will be documented, including posters, equipment, clothing, and decorations. You can say that it is an integrated and huge project and I consider it as a preliminary step to establish a cinema city that will include cinematheque, museum, and film archive.

How do you the state’s support for civil society festivals?

We set conditions for the support of the Ministry of Culture for civil society festivals, during the reign of Imad Abu-Ghazi, which I did for the first time in its history after my assignment as the centre’s head, to become 50%. However, following the ministerial reshuffle, it became only 50% from the Ministry of Culture, thus, they can receive further support from different ministries, so many of the festivals are held with full support from the state. This will be eliminated after forming a supreme committee for film festivals, which will study the rounds of festivals this year. This also includes the Alexandria Film Festival, which will be subject to all the new controls, which include access to the biography of the president of the festival and other conditions for the screening of films in cinemas of a certain quality and not in DVD quality.

Is it the time to change the image of businesspeople in Egyptian cinema?

I certainly agree with you, but to make this happen, there is a need for a lengthy dialogue with the screenwriters who always put illogical perception of businesspeople. This is an old perception that needs to be changed undoubtedly.