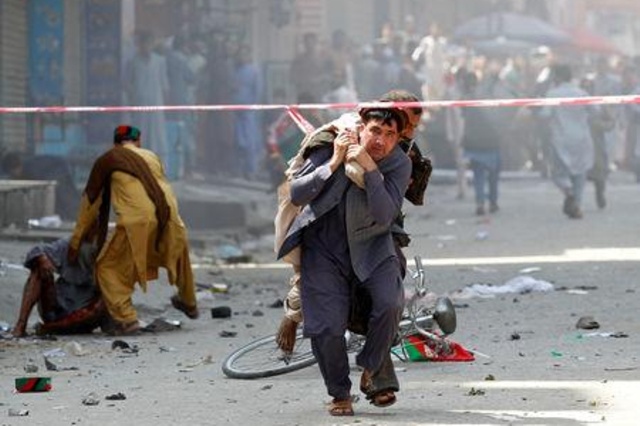 Two days after the Afghan massacre that targeted a wedding in Kabul, a series of bombs exploded in the eastern Afghan city of Jalalabad, wounding dozens of civilians on Monday.

At least 60 people were wounded in the bombings which targeted restaurants and public squares, as the country marked the 100th anniversary of its independence, local media reported.

The bombs were planted near a market where people gathered after attending Independence Day events.

However neither The Taliban nor Islamic State (IS) claimed responsibility for the deadly attacks against civilians. Militants from both IS and the Taliban operate in the area.

Meanwhile during the Independence Day event in Kabul, President of Afghanistan Ashraf Ghani called on the international society to support Afghanistan in its mission to “eradicate the militants’ nests”.

“Our fight against the Daesh will continue,” Ghani said, referring to IS. He also asserted that Taliban can not deny responsibility for encouraging violence usage, claiming that Taliban have laid the foundation for IS brutal killings.

Moreover, Ghani did not refer in his speech to the ongoing negotiations between the United States and Taliban aiming to reach an agreement by which U. troops can withdraw in exchange for Taliban security guarantees.