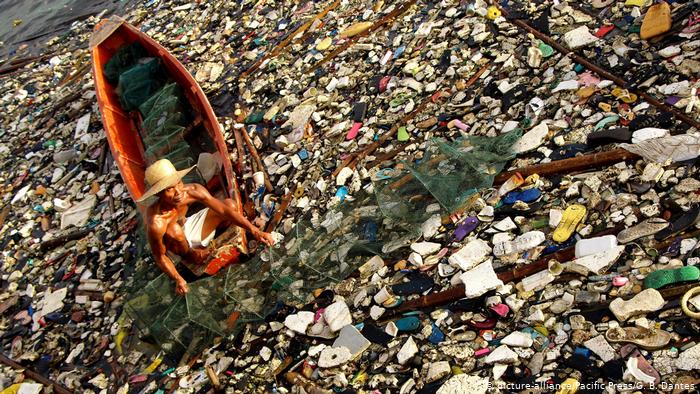 Images of turtles choking on straws, a fish strangled by a tight rope around its body, a whale dying on the shore with dozens of plastic items in its mouth have all become very common to see on the Internet. The marine life is struggling more than ever because of humans’ irresponsible constant use of plastic, and the facts are scary. A plastic bottle used one time and thrown away can remain on earth for generations, and yet plastic use has not been seeing a significant decline.

“Already, the ocean is filled with about 165 million tonnes of plastic. That’s 25 times heavier than the Great Pyramid of Giza. By 2050, plastic in the oceans will outweigh fish, predicts a report from the Ellen MacArthur Foundation, in partnership with the World Economic Forum,” Business Insider reported.

It adds that our consumption of plastic has increased 20-fold in the last 50 years, and the increase in consumption does not seem to be stopping.

Governments of some countries have started to take real steps to lessen the severity of the crisis of using plastic, and the start was to call for banning the use of plastic bags and use reusable bags instead. German Environment Minister Svenja Schulze has said she plans to introduce a law to ban the use of plastic bags.

“My ministry will get a plastic bag ban on its way,” the Social Democrat said in Berlin.

“An agreement reached with businesses in 2016 has already been successful in reducing plastic bag consumption. At many stores, consumers must now pay for plastic bags. According the Environment Ministry, there has been a 64% decline in plastic bag use since 2015.

Plastic bags account for only 1% of packaged plastic consumption. Schulze also wants to reach an agreement with businesses to reduce plastic packaging for fruits and vegetables,” according to Deutsche Welle (DW).

In the United States, the government of New York has approved a new fiscal budget that includes a state-wide ban on single-use of plastic bags.

“When the ban goes into effect on March 1, 2020, New York will become one of three US states that doesn’t allow these bags. (The others are California and Hawaii.)” Business Insider reported.

“On average, a plastic bag has only a 12-minute lifespan, according to Reusethisbag, an organization that sells sustainable grocery bags. Most bags wind up languishing in landfills, where they can remain for up to 1,000 years. Some make their way into the ocean,” the American financial and business news website added.

Interestingly, the use of plastic bags is banned in 32 countries around the world so far. Additionally, 27 countries have enacted some type of a ban on the single use of other plastics, such as plate, cups, straws or packaging.

The first country to ban the use of plastic bags was Bangladesh, which enacted the law in 2002. Then nearly two decades later, other countries joined the ban. They include France, India, Mali, Congo, Morocco and Papua New Guinea. Kenya and Rwanda have also joined the ban, imposing jail time and fines up to $40,000. China is also one of the countries to impose a strict policy for the consumption of plastic, then the country adopted a full ban in 2008.

Last July, millions of people from around the have decided to pledge and participate in a full month that is free of plastic as a challenge in order to encourage less consumption of plastic, calling it the “Plastic-free July Challenge”. Euro News has reported that in March 2019, the European Parliament passed a law banning single-use plastic items. The law will come into force in all EU member countries by 2021.

In Egypt, steps have also been taken to reduce the use and consumption of plastic. The Red Sea governorate is one of the first governorates in Egypt to completely ban single-use plastic items. The decision was enacted starting from June 2019.

According to the decision, the use of plastic bags will be banned in food shops, restaurants, supermarkets, grocery stores and pharmacies. Additionally, all single-use plastics including plastic knives, forks, straws and cups will be strictly banned from the Red Sea Governorate’s restaurants and cruise ships.

The laws and strict policies made around the world to reduce the use and consumption of plastic are positive steps to save our planet that seems to be drowning in trash, and the marine life that seems to be suffering more, by the day, as a result of the unthinkable amounts of plastic produced every year, and used for only a few minutes, remaining for a lifetime on earth, damaging our environment, killing creatures, and ruining earth’s natural balance.