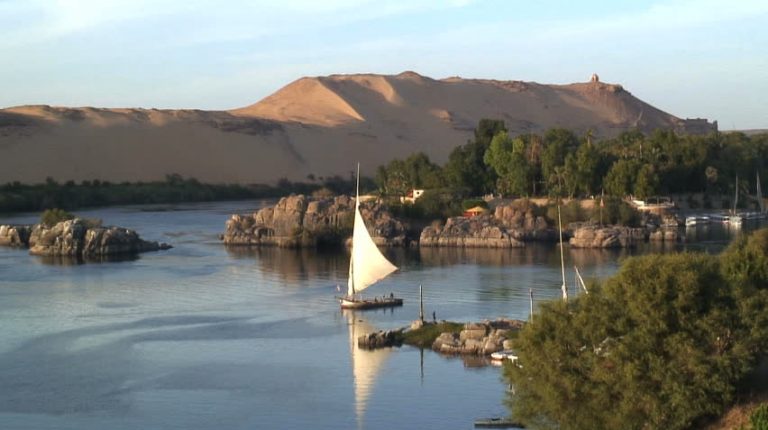 Minister of Water Resources and Irrigation, Mohamed Abdel-Aty, led a meeting of the Permanent Regulatory Committee of the Nile Flow and the ministry’s executive bodies on Tuesday to discuss preparations for the flood season.

A report by the committee stressed that the Aswan High Dam is ready to receive the new flood of 2019/20 water year. The water year begins in August as the water levels start to rise due to a flood from the Abyssinian plateau, passing through Khartoum before reaching the Nasser Lake.

Egypt took all necessary measures and completed maintenance works of the dam in preparation for the flood, the ministry’s spokesperson Mohamed Sebaei said.

During the meeting, Eman El Sayed, head of the ministry’s planning sector, said the flood forecasting centre has been following rain forecast maps of the Nile River’s headwaters since the beginning of August. She added that the rainfall situation on the Blue Nile Basin is still around the average so far.

Ahmed Bahaa, head of the ministry’s Nile sector, said rains on northern Sudan is not an indicator of the river flow, noting that the current flows are still less than those of the same period last year, and it is too early to predict the volume of the new flood and it is better to wait until the end of September for a more clear vision.

Egypt is depending on the annual Nile flow (55.5bn cubic meters) to secure about 97% of its present water needs with only 660 cubic metres per capita, one of the world’s lowest annual per capita water shares. Meanwhile, Ethiopia continues constructing its Grand Renaissance Dam, which is believed to threaten Egypt’s water security.

Sharq El Owainat to be linked to electricity grid next month