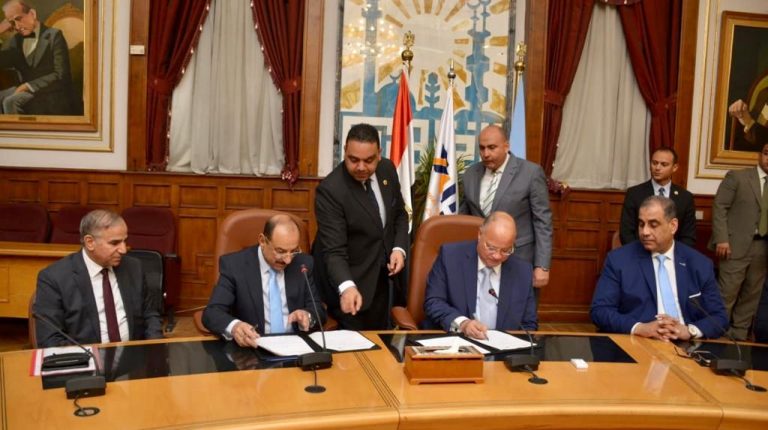 Maged Fahmy, chairperson and managing director of the Industrial Development Bank (IDB), and Khaled Abdel Aal, governor of Cairo, signed a cooperation protocol on Tuesday to offer funding to factories, workshops, and exhibitions in the industrial zone of Shaq El-Teaban.

The signing of this protocol is a continuation of the bank’s efforts in supporting the national economy and objectives of the state in economic development, Fahmy said.

He added that the IDB’s vital role was to support development, as it is one of the oldest qualified Egyptian banks in the field of supporting and financing small and medium enterprises (SMEs).

He added that the new protocol aims at providing the investment and financing needs for the implementation of these projects, and contributing to the provision of financing, technical, logistical, and rehabilitation services for factories and companies, expansions, and equipment, and the purchase of machinery and equipment and working capital financing.

The protocol also includes cooperation in the preparation of scientific and cultural training programmes for the successful management of projects, and ease of dealing with various funding institutions, and assistance in the achievement of the public interest, to achieve the objectives of projects and expansion of factories, workshops, and exhibitions in Shaq El-Teaban.

Hamdy Azzam, deputy chairperson of IDB, said the bank launched an initiative to finance 1,000 SMEs nationwide, with an initial funding of EGP 7.5bn.

He explained that this initiative contributes to the creation of more than 20,000 labour-intensive and export-oriented jobs, as well as helping to develop new products at certain levels of productivity that can act as feeders for large industrial projects and thus provide foreign exchange spent on the import of consumer goods or investment.

He added that since the launch of the initiative, the bank has succeeded in attracting about 167 factories as a new customer for the bank.

Azzam revealed that the bank’s credit portfolio reached EGP 11bn at the end of July 2019, including loans to individuals worth EGP 1.6bn and loans to SMEs by about EGP 3.2bn.

We have come a long way in developing IDB’s technological infrastructure: Fahmy

47.2% increase in investment loans granted to agricultural sector in 2017/18: CAPMAS