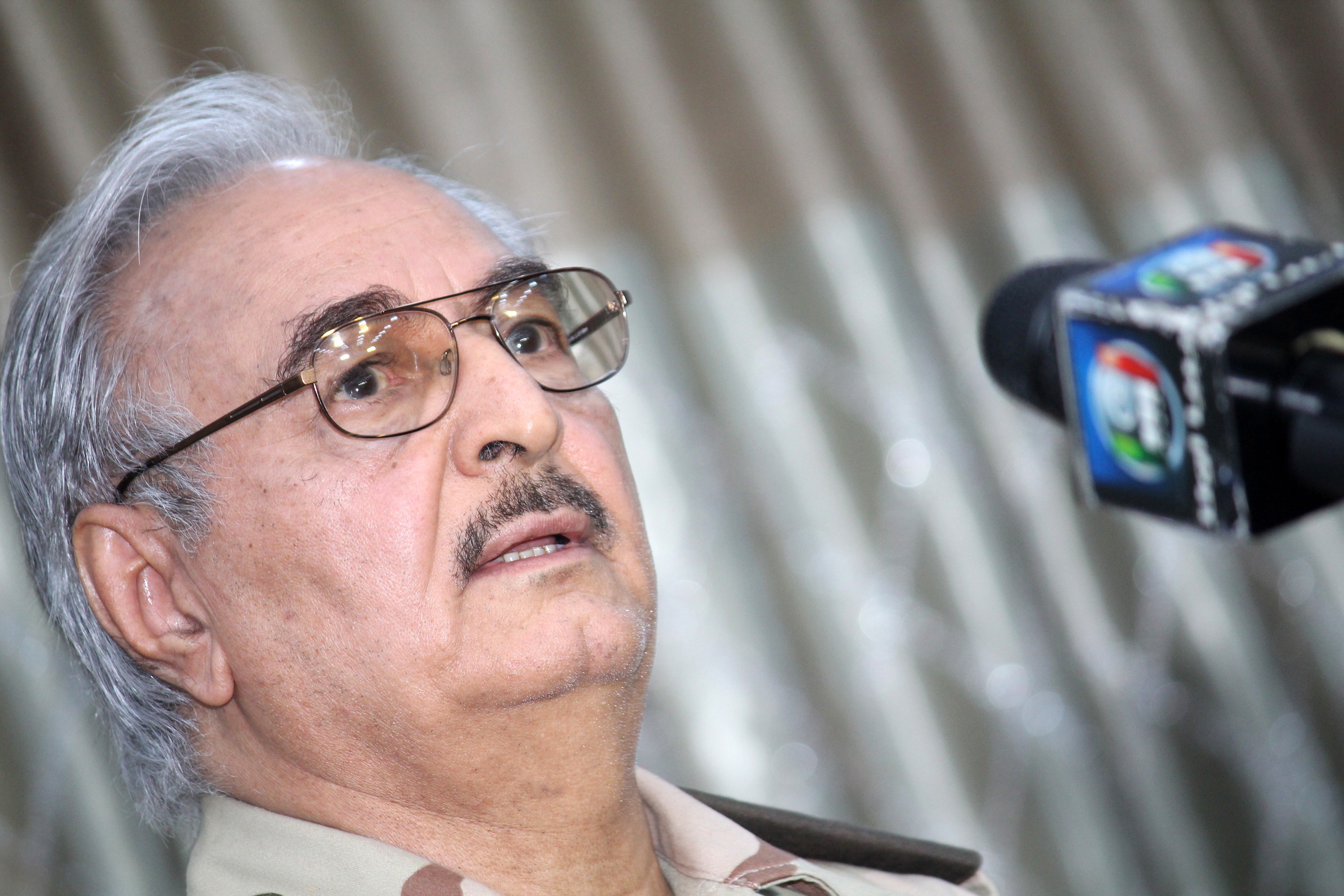 Commander of the Libyan National Army (LNA) Khalifa Haftar asserted on Monday that his forces will not allow any foreign military bases on the Libyan territories, accusing these bases of financing terrorism in the country.

According to the LNA media office, Haftar supervised the army’s operations that targeted a Turkish operations room in the Libyan city of Misrata, asserting that LNA will not tolerate any violation to the country’s sovereignty.

Meanwhile, the LNA official spokesperson Ahmed El Mesmari said the LNA-affiliated air forces has been monitoring Misrata since 2014, and over the past two months the LNA aircraft increased aerial reconnaissance in the region where they monitored abnormal operations by armed formations, which necessitated certain strikes. He claimed that the Air College in Misrata has become a threat to all Libyan cities, and “If we waited, Misrata would become a Turkish state inside Libya by seizing control of the city’s airport and seaport.”

Since the ouster of the former leader of Libya Muammar Qaddafi, who ruled from 1969 to 2011, by a revolution in 2011, the country has been witnessing chaos and instability due to the spread of numerous militias in different cities.

Two Libyan governments are now in a continuous conflict over power in Libya, the first is affiliated to the LNA, while the second is the UN-recognised Government of National Accord (GNA) which is led by Fayez al-Sarraj.

The LNA accuses the GNA of supporting extremists and militants affiliated to the outlawed group of Muslim Brotherhood and the Islamic State.

The LNA also accuses Turkey of providing weapons to militant groups in Libya under the auspices of the GNA, despite the international weapon embargo imposed on Libya.

Turkey allegedly provided the GNA forces with Bayraktar TB2 surveillance and reconnaissance system as part of an attempt to compensate for the heavy losses it has suffered with regard to its combat aircraft.

A report by Flight Radar – a Swedish internet-based service that shows real-time commercial aircraft flight information on a map – revealed a permanent presence of the Turkish Air Force’s Boeing 737 Peace Eagle, off the Libyan coast.

According to Boeing, the 737 Peace Eagle manufacturer, the aircraft has an 850-km radar.

These aircraft are now the backbone of the Turkish drone air force, and have been exported to other countries, such as Ukraine and Qatar.

At the beginning of July, the Libyan House of Representatives Speaker Aguila Saleh declared general mobilization in Libya in response to Turkish military’s threats against the LNA.

Escalation between Turkey and LNA is on the rise after El Mesmari claimed in June that Turkish drones took off from the Mitiga International Airport and targeted several areas south-east the Libyan capital Tripoli, noting that LNA forces managed to shoot down these drones.