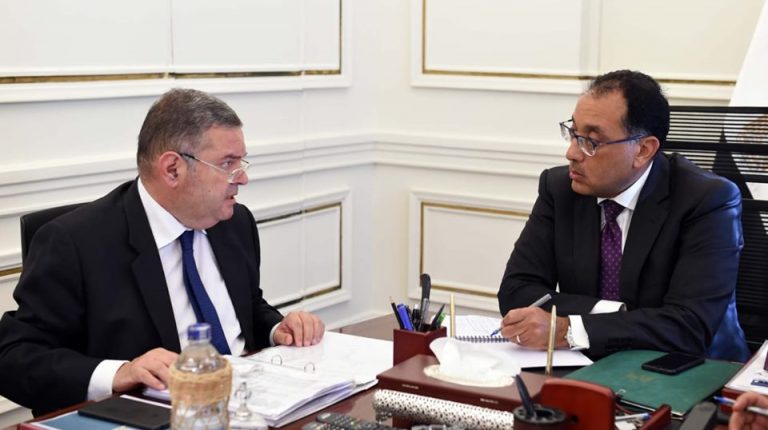 Egypt’s Minister of Public Enterprises Sector, Hesham Tawfik, announced during a meeting with Prime Minister Mostafa Madbouli that coordination with the second largest electric vehicle (EV) company in China is underway as an Egyptian delegation is scheduled to visit the company’s headquarters in China soon.

During the visit, the two sides are expected to sign a memorandum of understanding to establish an EV factory in partnership with El Nasr Automotive company, with the aim of localising the industry in Egypt.

The Ministry Public Enterprises Sector is trying to revive El Nasr Automotive and has recently cooperated with the Ministry of Trade and Industry to reach an agreement with an international company to bring back the state-owned automobile company.

Over the last few months, the government has been contacting the largest auto makers around the world and the ministry received some responses from international companies showing an interest in investing in Egypt.

The past period has seen government representatives negotiating with about six international companies, while delegations from those companies have visited El Nasr’s factory.

Tawfik told Daily News Egypt that the main objective of the planned factory is the localisation of the automotive industry in Egypt to export 50,000 cars annually, with a local component of up to 46%, to follow the Moroccan experience, which will restore the Egyptian automotive sector’s leading position in the international market.

Tawfik earlier said the Egyptian market has 12 car producers, but their work is limited to assembly only. He noted that the local component ratio in these products is only 17%, which is modest and does not commensurate with the Egyptian history in the car making industry.

The minister pointed out that the local factories import their production inputs to assemble in Egypt and brand them as Egyptian, but, in reality, they are not because an Egyptian-made vehicle must include parts made in Egypt.

He believes that whoever invests in El Nasr Automotive will get many incentives from the government, explaining that the investor, to be selected, will be an assembler too, but will ensure 46% local components.

Tawfik also stressed that any attempt to inaugurate a car factory on the same level of quality and efficiency of El Nasr Automotive will not come in useful because the plant is on an area of 900,000 sqm and with huge potential and equipment, starting from buildings, paint workshops, and production lines that are all there and would not need any funds to be built.

Tawfik ruled out branding the vehicles with El Nasr logo, since the main objective will be exporting, but if accepted by the foreign investor; the brand could be used to market the products locally.

El Nasr had ceased production in 2009 and officials began to liquidate it, but that liquidation ceased altogether in 2015. Thoughts of reviving the factory emerged in the middle of last year.