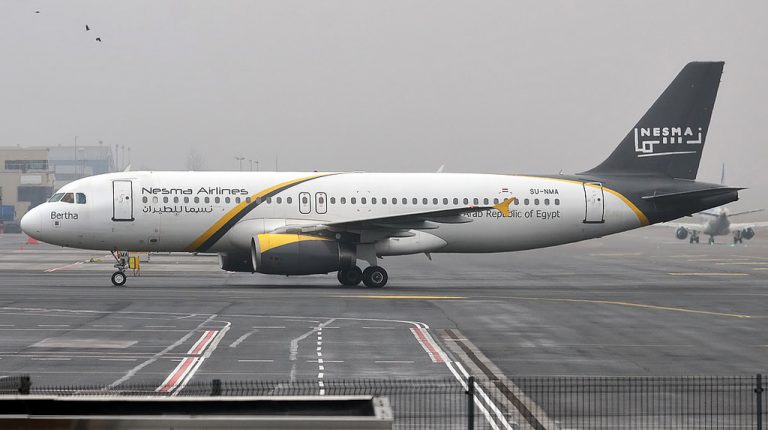 Nesma Airlines aims to increase passenger traffic to and from Egypt by the end of this year to 450,000 passengers, a growth of 23.6% over last year, the company’s CEO Ashraf Lamloum told Daily News Egypt.

Lamloum said that the growth in tourist arrivals in Egypt, would, in turn, boost the company’s passenger traffic in 2019, exceeding the 364,000 passenger mark in 2018.

He added that Nesma aims to support its fleet by the end of this year with two Airbus 320 aeroplanes, under a financial leasing system.

The financial leasing scheme allows the lessee to purchase the leased asset at the end of the contract period.

Currently, the airline’s fleet consists of three Airbus 320 aeroplanes, with regular flights to seven Saudi cities and 22 flights a week from Egypt to these cities.

Inbound tourism to Egypt rose to 11.3 million tourists in 2018, compared to 8.3 million in the previous year.

Lamloum said that the tourist arrivals to Egypt during the past year has improved, adding that tourism is on a recovery trajectory, and it is expected to return to 2010 levels, which amounted to 14.7 million tourists.

He called on the Egyptian government to allow local private airlines to pay the cost of fuel in local currency and to give similar incentives as equate foreign charter companies.

“Reducing landing fees, accommodation, and providing aviation incentive on charter flights will increase Egypt’s tourist traffic and the ability of domestic private aviation to compete with foreign aviation,” he said.

Nesma Aviation Egypt is a subsidiary of Nesma Holding Group of Companies in Saudi Arabia.