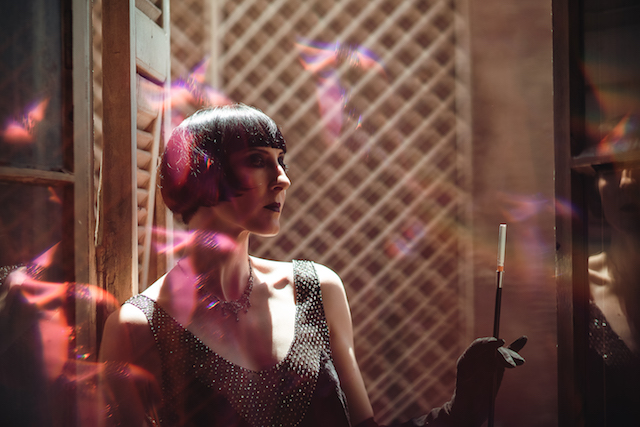 As time goes on, out lifestyle pace gets faster while modern clothes and technology prevail; yet, it freezes for Egyptologist Colleen Darnell as she decided to stay still in vintage serenity of early 20th century. The passion of the epoch queen was recently captured by the lens of the photographer Menna Hossam, to bring the world a photo shoot reviving the authenticity charm of the last century. 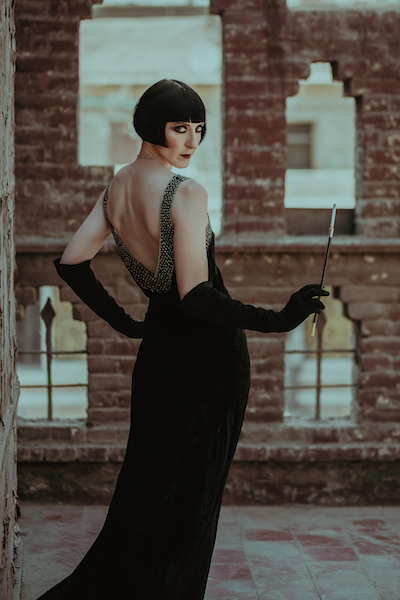 “Ode to Zelda” is the second photo session Darnell has this year in Egypt. The US Fashion aficionada is known for her passion of dressing in vintage clothes of 1920s to 1940s, which captivates number of photographs to document her beauty and unique style.

The well-known fine art and fashion photographer shares Darnell the same vintage passion as classics own her heart out of the belief, they hold a magical secret. Driven by the history frenzy, Hossam reached out to Darnell to have her second photo shoot in Egypt.

The Yale graduate, is currently teaching Egyptian art history at Naugatuck Valley Community College. She has spotlighted a number of Egyptian discoveries in her researches, and published a number of papers about Ancient Egypt’s various eras.

Unlike the expected plot of an Egyptologist photo shoot taken by an Egyptian photographer, the project was not captured by the Pyramids, nor at any of the Ancient Egyptian historical spots.

“I thought it wold be so expected and repetitive to have the regular photo session over viewing the Sphinx or the Pyramids behind her. Away from the hassle it would take to have the permits, I mainly wanted to focus on her style, look, and photogenic face,” Hossam explained.

For one and a half months, Hossam has been preparing for the project, intensively looking for an appropriate location, before her eyes laid on a downtown apartment owned by Dakhli West El Balad, a specialised locations platform.

“It was too old, yet magical!” she enthusiastically said.

According to Hossam, from the moment she stepped inside the timeworn apartment, she visualised the whole shoot in her mind. “I already knew about the two outfits, she would wear, and with the old timeworn décor, and the fading colours, I made my mind up into choosing this location,” she added.

Hossam added that Darnell gave the ultimate happiness any photographer can ever have while capturing a celebrity, which is “trust.”

“She gave me the full trust to direct her into whatever I want, which gives any photographer the ultimate happiness,” she concluded.

All photos taken by Menna Hossam