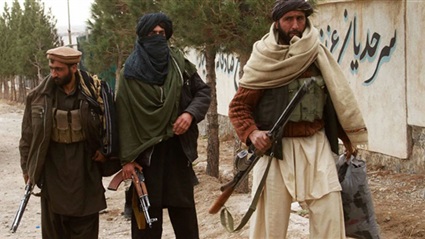 In Kabul, early this week, an Afghan wedding turned into a tragic massacre as a suicide bombing killed 80 people, and injured 160 others. The attack was one of the most deadly and latest attacks claimed by the Islamic State (IS) extremist group against the Shia minorities in the worn-torn country, an attack that was described by President of Afghanistan Ashraf Ghani inhumane and barbaric. In 2015, as more militants around the world pledged allegiance, IS was able to expand in Afghanistan and Pakistan. The Khorasan province is also backed by jihadist militant groups from the neighbouring countries, including parts of South Asia such as India and Bangladesh.

Although the IS militants in Afghanistan mainly carry out attacks against Shia minorities, governmental organizations, embassies, and policemen, they also attack tribes’ elders, carry out bombings in mosques and gatherings, as well as kidnap and execute civilians in bloody attacks.

In this article, Daily News Egypt traced the start of the Islamic State in Afghanistan and Pakistan, discussed the main targets they attacked and listed the most prominent attacks they did.

The foundation of Khorasan province

In June 2014, as the civil war in Syria intensified, the group proclaimed itself as a worldwide caliphate and began referring to itself as the Islamic State, claiming religious, political and military authority over all Muslims worldwide.

IS was reported to have military bases in 18 countries across the world, such as Libya, Algeria, and Egypt, also including Afghanistan and Pakistan. It started to expand its military bases in Pakistan since September 2014, when IS sent representatives to Pakistan to meet with local militants, such as the local Pakistani Jihadist group Tehrik-i-Taliban, which is now globally known as Taliban.

In January 2015, IS announced the establishment of Islamic State – Khorasan province- and started to recruit defectors from Taliban, in particular among those who were disgruntled with their leaders, which later caused clashes between IS and Taliban. 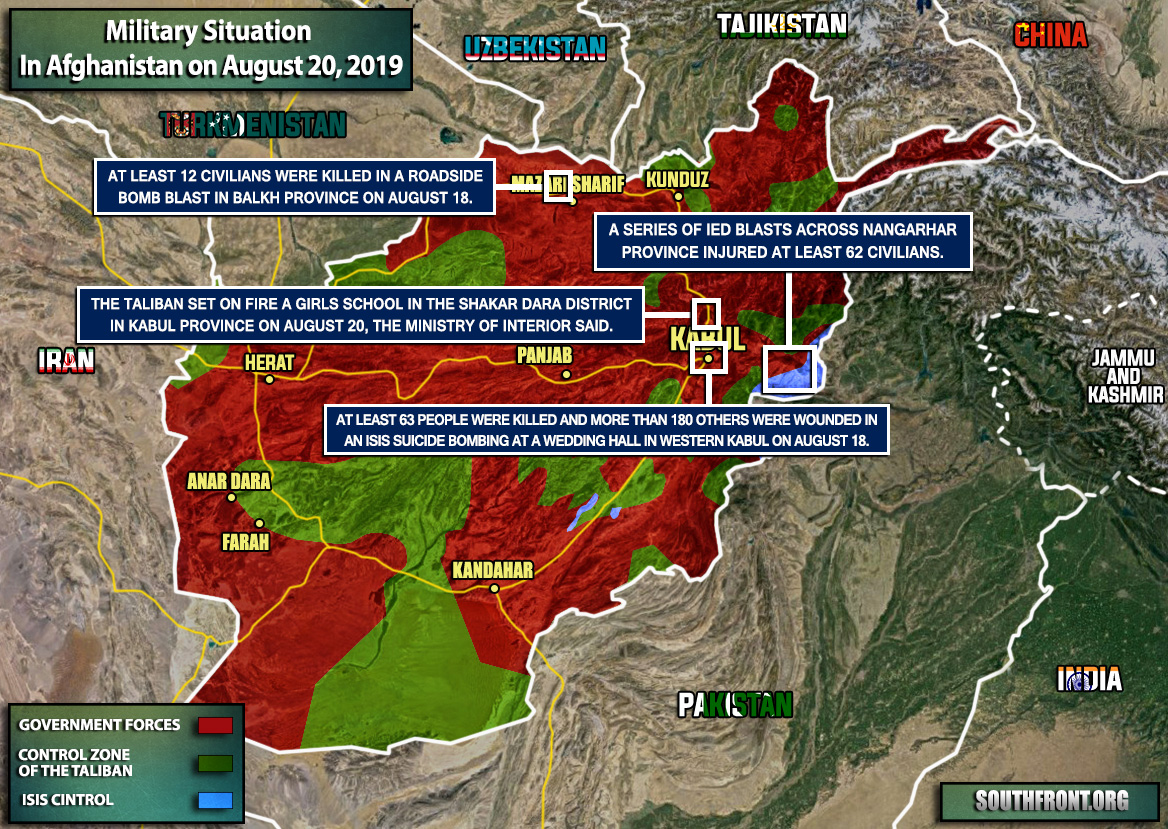 The clashes between Taliban and IS

Although Ashraf Ghani, the president of Afghanistan, accused Taliban of “laying the foundation for IS brutal killings,” Taliban in many occasions condemned IS’ activities in Afghanistan since 2015.

The mean difference between Taliban and IS is civilian targets. While the Taliban targets government institutions and officials, IS targets civilians as well as officials.

In 2015 Taliban’s leader Akhtar Mansour sent a letter addressing IS’ leader Abu Bakr Al-Baghdadi, to stop the recruitment in Afghanistan and asserting that Afghanistan should be under the Taliban leadership, which caused tensions and eventually clashes between the two groups in the Nangarhar Province which lies in the eastern part of the country.

The Nangarhar Province is one of the main scenes of operations of IS. In June 2015, after months of clashes with Taliban, IS seized territory in Afghanistan driving Taliban out of parts of Nangarhar. What followed was a campaign by IS militants that carried out attacks against Afghan forces in the province.

The Khorasan Province started to carry out attacks since 2015. The intensity of these attacks in Afghanistan and Pakistan started to escalate in 2017 as IS tried to regain its influence after losing control of its declared “caliphate” in the city of Mosul in Iraq to the Iraqi army in July 2017.

In Syria, following the Mosul defeat which pushed lots of IS militants out of Iraq, the group lost more territories. By November 2017 the group, which in 2014 could not imagine defeat, it controlled no meaningful territory in worn-torn Syria.

Hence a big number of militants were reportedly returning to Libya, Egypt, Syria, and to Afghanistan. In, Afghanistan, the Khorasan Province’s main activity remains till now in the border region between eastern Afghanistan and northern Pakistan.

However, the Khorasan Province area of operations also includes other parts of Asia, including parts of Iran, Uzbekistan, Kazakhstan, Turkmenistan and Tajikistan, as these countries have borders with the Khorasan province.

In India, some militants pledged allegiance to IS, to the extent that the ‘India Province’ was reportedly declared. Some analysts claim that the rise of this new province is the reason why India is justifying its crackdown in Kashmir.

In Bangladesh as well, several groups also affiliated to IS, started carrying out attacks against officials, Christian, and homosexuals, till the extent that on 15 May 2019, IS announced ‘Pakistan Province’.

American efforts against IS

As the territory of the Khorasan Province expanded and the violence intensified, the Afghan government, with the support of the US, has advanced its negotiations with the Taliban.

Some experts believe that the American negotiations with the Taliban are a clear attempt to uproot IS’ Khorasan province, gaining security guarantees from the Taliban in exchange for withdrawing US troops.

After the attack on the Afghan wedding, the negotiations are believed to be an attempt to polarise Taliban defectors who are against negotiating with the US. Various opinions agreed that the negotiations “are a great opportunity for IS to recruit Taliban fighters, as they are an opportunity for Taliban militants to continue fighting against those they see as infidels.” 18 April, a suicide bombing outside a bank in Jalalabad in Afghanistan killed 33 and injuring 100 people

13 May, a group of eight gunmen attacked a bus in Karachi in Pakistan, killing more than 40 people and injuring dozens. This was reportedly the first Khorasan Province attack in Pakistan

20 June, a suicide bombing targeted a convoy of Canadian embassy security guards in Kabul in Afghanistan. Both IS and the Taliban claimed responsibility.

23 July, two suicide bombers blew themselves up during a protest by the Hazara ethnic minority, killing 80 and injuring 260 in Kabul’s deadliest attack since 2001 in Afghanistan.

8 August, multiple attackers carried out a suicide bombing and shooting at a government hospital where lawyers were gathered in Quetta in Pakistan, which killed 94 and injured more than 130 people. Militant group Jamaat-ul-Ahrar claimed responsibility.

24 October, three heavily armed attackers carried out a mass shooting at police cadets at the Quetta Police Training College in Pakistan while they were asleep. One militant was killed during the operation, while two others blew themselves up, killing 61 cadets and injuring more than 160. The Sunni supremacist and jihadist militant organisation based in Afghanistan Lashkar-e-Jhangvi claimed responsibility.

12 November, at least 55 people including women and children were killed and over 100 injured when a suicide bombing took place in the crowded Shah Noorani Shrine in Hub town, in Pakistan.

21 November, more than 32 people were killed and over 80 were injured in a suicide bombing at a Kabul Shia mosque Baqir-ul-Olum.

The year was the most significant year since establishing Khorasan province after they lost control of its declared caliphate. The group tried to regain its influence, so they carried out 21 deadly attacks.

7 February, 22 people were killed and 41 wounded in a suicide blast at Afghanistan’s Supreme Court in Kabul.

8 February, IS killed six local employees of the Red Cross in the Qush Tepa district in Afghanistan.

16 February, suicide bombing at a popular shrine in southern Pakistan killed at least 88 people and wounded over 250.

8 March, gunmen attacked the Sardar Daud Khan Hospital, killing more than 49 people, while 63 others were injured.

31 July, Khorasan Province militants staged an attack on the Iraqi Embassy in the Afghan capital Kabul. One militant blew himself up and another three entered the embassy. Two Afghan guards were killed and three others injured in the attack.

1 August, two suicide bombings targeted Shia mosque in the heart in Afghanistan, killing at least 33 people and injuring more than 66.

20 October, a suicide bombing in a Sunni mosque of Ghor Province in Afghanistan, killed 33 people and wounded 10. The main target of the attack was a local commander from the anti-Taliban Jamiat party.

28 December, suicide bomber stormed a Shi‘ite cultural centre and news agency in the Afghan capital, killing 50 people and wounding 80 people. Many of the students attending a conference.

The attacks carried by IS was doubled two times and a half compared to the previous years.

One of most deadly attacks carried out by IS was on 22 April 2018, a suicide bombing targeted voter registration centre in the Afghan capital Kabul killing at least 69 people and injured 120 others, it was reported that the casualties were all civilians. However, on 13 July 2018, At least 131 people were killed and more than 300 others injured in a suicide bombing at an election rally in Pakistan.

The group’s attacks decreased to reach only eight attacks in 2019, the attacks targeted policemen, Shi‘ite minorities and government authorities.

15 January, a car driver was killed in Kabul the capital city of Afghanistan, when a magnetic bomb exploded while attached to the car. The IS claimed responsibility saying that the person killed was an Afghan intelligence officer.

5 February, a policeman was killed in the city of Jalalabad in Afghanistan.

13 February, two militants from the Taliban were killed in an attack by IS in Laghman’s Alingar District in Afghanistan.

6 March, a suicide bombing took place in a building company near the Jalalabad airport. Later four gunmen attacked the area killing 16 people and wounding 10. All five attackers were killed in the attack. The Islamic State claimed responsibility for the attack

7 March, three people were killed and 22 wounded in shelling at a gathering commemorating the death anniversary of Shia leader Abdul Ali Mazari.

21 April, on Easter Sunday, three churches and three luxury hotels in Colombo the capital of Sri Lanka, were targeted in a series of terrorist suicide bombings, killing 259 and injuring more than 500.

17 August, the suicide blast in the Afghan wedding hall in Kabul, in a Shia neighbourhood, packed with people celebrating a marriage, killing 80 and injuring 160.