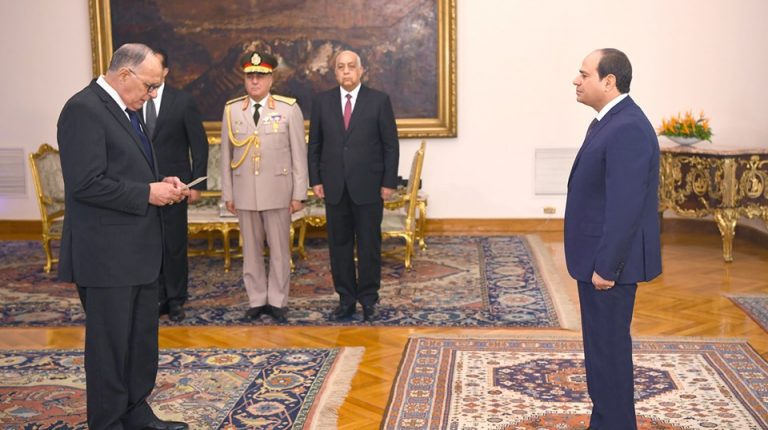 Judge Abu Bakr Mohamed Amer Rizk was sworn in on Thursday before President Abdel Fattah Al-Sisi as the head of the State Lawsuits Authority, Al-Ahram cited the presidency’s spokesperson.

Al-Sisi held a meeting with Rizk and asserted his keenness to establish a law state based on justice and equality.

Al-Sisi emphasised the significance to continue working to ensure that all citizens enjoy their rights as well as identifying their duties according to the country laws and constitution.

Meanwhile, the President honoured the former head of State Lawsuits Authority, Hussein Abdo Khalil, expressing his appreciation to the latter’s efforts during his term in the post.