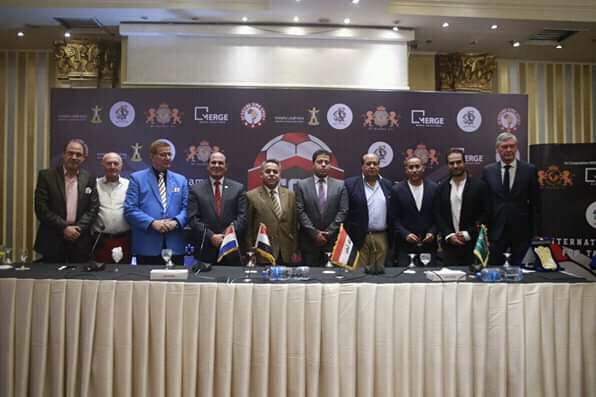 Simo Sport announced the selection of 30 players to travel to the Netherlands to participate in a junior tournament with the aim to market the best Egyptian players in Europe, as scouts from major European clubs will attend the tournament.

Minister of Youth and Sports, Ashraf Sobhy, said the new initiative comes as part of the ministry’s projects to support young football talents in cooperation with the private sector in all governorates, in addition to preparing a new generation of promising sports talents capable of representing the country in various games.

The new project targets players aged 15-18 to participate in the international friendly tournament in the Netherlands, and other 10 players aged 10-15 to receive training with European teams of the same age at the expense of Simo Sport.

Mohamed Hassan, chairperson of Simo Sport, told Daily News Egypt that the company has signed a cooperation protocol with the Ministry of Youth and Sports in order to discover the young talents in all governorates depending on the ministry-affiliated youth centres.

He added that the proceeds of the project will be divided into 60% for the company, 20% for youth centres, and 20% for the ministry.

“Application forms were distributed in youth centres for those interested in the project. Some 7,000 players have undergone placement tests around Egypt,” he said.

Hassan explained that his company has spent more than EGP 1m on the project so far, and contributed to the inclusion of 850 players to be sponsored by the ministry within the project.

He pointed out that selected players were sent to closed training camps to prepare them technically and physically before assessing their abilities to compete abroad.

Hassan said the Netherlands tournament was scheduled for August, but it was delayed as some players could not get their passports on time, so the trip was postponed to 13 September. The travelling costs of each player reached EGP 20,000.

He explained that the biggest obstacle was the difficult economic conditions suffered by a number of players, which affected their physical strength due to poor nourishment.

Gharbeya is one of the most provinces that produce talented players, as well as Daqahleya, Fayoum, and Beheira.

Hassan revealed his company seeks to establish a new football club to compete in the Egyptian Premier League Fourth Division, he said, adding that this club would benefit from the talents to be discovered in the project. The club will be established in Barageel town in Giza.

He also plans to establish several football academies nationwide because there are great talents in Egypt that need care and support.

Hassan pointed out that he presented a proposal to the Ministry of Sports to market young players in individual games internationally in cooperation with two European companies, one English and the other Portuguese.

Simo Sport started its activity in Egypt last year, as a branch of the parent company in the Netherlands. The company is specialised in the establishment of sports training camps and facilitate training opportunities for players and coaches in European clubs. The company was the mediator of selling Belgian Lierse S.K. to Magdy Samy, chairperson of Wadi Degla, before he later sold the club.