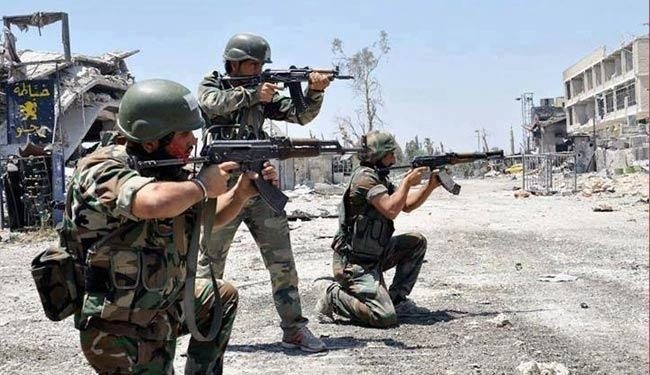 Syrian regime forces said it regained control of all towns and villages that were under the control of jihadist and opposition factions in the northern countryside of Hama last Friday, according to several official communiques.

The General Command of the Syrian Army announced that its forces took control of Morek and other nearby towns including Kafr Zita and strategic points in Hama and Idleb, after inflicting heavy losses upon militants, according to Syrian Arab News Agency.

The town of Morek, lies in the north of Hama province, is where the Syrian army claimed that its troops had cut off the Turkish troops. The town is part of a jihadist-ruled region of Idlib province that has been under intensive strikes over the past days.

Meanwhile, the Syrian army surrounded a Turkish military observation post in Morek in the northwest on Friday after capturing other nearby areas in its Russian-backed offensive against Idlib.

The move angered Turkey, leading the Foreign Minister Mevlut Cavusoglu to announce that the Turkish troops will not leave the military observation post in Syria surrounded by the Syrian army, denying that his country’s troops had been “cut off” by the Syrian forces into the jihadist-ruled Idlib.

The Morek observation post, established under a deal with Moscow, is one of 12 posts established by the Turkish army along the front line between the Syrian army and the jihadists last year.

In a different context, days after the air raids on Idlib, which nearly hit a Turkish convoy, the Turkish President Recep Tayyip Erdogan announced that he will visit Moscow on 27 August to meet his Russian counterpart Vladimir Putin, the announcement was confirmed by the Kremlin, according to the Russian news agency Interfax.

The announcement came as the Syrian army, backed by Russia, continues to make advances into Idlib, the last rebel stronghold.