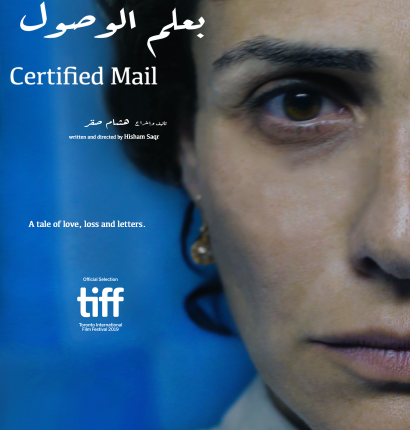 Director Hisham Saqr’s debut feature Certified Mail will make its world premiere at the Toronto International Film Festival (TIFF) within its Discovery programme that casts light on promising directors and the future of world cinema.

The film will screen on 6 September and will have reruns on 7 September.

Having its official poster recently revealed, Certified Mail follows Hala, who has been living with the fear of abandonment since her father passed away when she was 18. She suffers from clinical depression, which leads her to several suicide attempts.