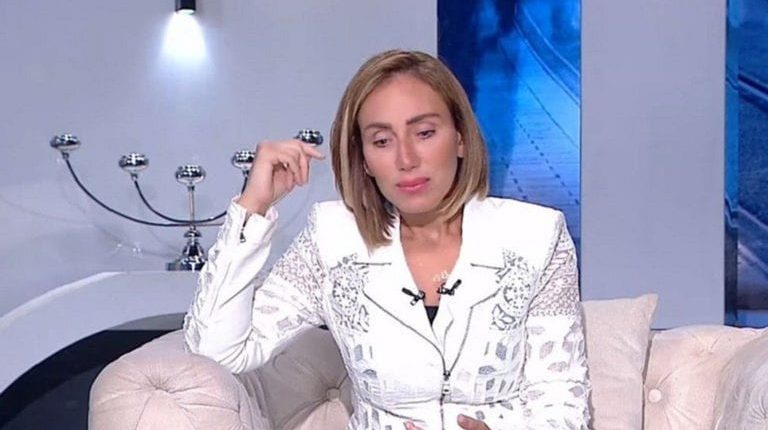 TV host Reham Saeed last Friday was temporarily suspended by Al-Hayat TV network a few days following a controversial episode in which she harshly criticised obese people, especially women, and described them as “dead and burden to the state.”

The TV network said that the suspension of Saeed and her TV programme will last until investigation carried out by the Supreme Media Council concludes.

Earlier, Saeed was summoned to an investigation by the media watchdog as the body is expected to hold a meeting on Sunday to address the issue and complaints filed against Saeed.

Egypt’s Media Syndicate also decided to suspend Saeed from working as an anchor, explaining in a statement that she committed “ethical and professional misconducts.”

The Syndicate pointed out that Saeed is not a member of the syndicate, so they reported this issue to the prosecution as Saeed is practicing the profession without a license.

This came after the National Council for Women (NCW) filed a complaint against Saeed at the Supreme Media Council regarding her controversial episode. In a statement, the NCW said that the episode outraged Egyptian women and included “inappropriate” descriptions.

The controversial anchor has taken the brunt of the backlash over her recent remarks in which people accused her of “humiliating and body-shaming” obese people.

Saeed, who raised controversies several times before and was imprisoned on different charges including “invasion of privacy” and “inciting to kidnap children,” said during her episode broadcasted last week that obese people “are dead and a burden to their families and the state. Obese people distort the view.”

Saeed then addressed obese women: “You lost your femininity and your smile. You lost everything.”

Following the outrage that her comments and attitude stirred as well as the decision of suspension, Saeed announced that she quit her profession as an anchor.

Saeed denied in a Facebook video that she humiliated obese people, adding that critics did not even watch her episode. “No one watched the episode,” Saeed said. “All I said that the looking of obese people is not beautiful, that they live like they are dead, this is what they told me.”

Saeed apologised to people who got upset from her “without any reason.”

“I will never get back to work as a TV host or an actress. This profession (media field) is dangerous than cancer and obesity. It is time to enjoy my life and take care of my children and husband, to be a normal person such as you.”

Saeed continued that she spent years “serving people for the sake of God without gaining profits or taking an interest.”

She also denied that she committed “any mistakes” in the past, saying all previous incidents were “ambushes” to her because she was “very successful.”

“This is not just bullying”

On social media, Saeed’s remarks caused outrage among users who demand an apology from the TV network and suspending her, accusing the anchor of “racism and fascism” and humiliating the Egyptian women.

Several hashtags were trending over the past few days on Twitter, attached with hundreds of comments which denounced Saeed.

“This is not ‘just’ bullying. This is destruction. You destroyed the wellbeing of people with your humiliating and inhuman words. The TV channel must offer an apology to the whole world,” a user named Younis tweeted.

Another user said Saeed had the chance to tackle obesity more professionally, through raising awareness of its dangers without insulting obese people.

Meanwhile, a third user pointed out that obesity is a disease and some people do not have enough money to recover from it or eat healthy food.

During the episode, Saeed did not only criticise obese people, but also described them as “uneducated” because they do not, she complains, take the matter seriously.

She claimed that obese women do not enjoy their normal lives and they can’t help their families if one of them get sick. She moved on to say that even regarding marriage, obese people chose each other because they are (obese) not because they like or love each other.

Saeed, who seemingly did not expect this wave of outrage, was supposed to lead a campaign to help women to lose weight throughout her TV show “Sabaya” on the same TV network. But after the last episode and the decision of suspension, it is uncertain whether the campaign will continue.

This incident was not the first for Saeed as she has a history of suspension.

In 2016, a court sentenced Saeed for one and a half years in jail on charges of “insult and defamation” of a sexual harassment survivor who was known as “the girl of the mall,” as well as “invasion of (her) private life.” She was also fined of EGP 10,000.

In 2015, Saeed hosted in her TV show “Sabaya El-Kheir” the girl of the mall after a video of the latter went viral on Facebook showing a man slapped the girl after he sexually harassed her. During the episode, Saeed aired private photos of the girl which her producing team allegedly stole from the girl’s cell phone.

In February 2018, Saeed was sentenced to jail again over charges including “inciting to kidnap children and publish and broadcast false news.” Eventually, Saeed was acquitted.

Saeed denied all charges, claiming that she was not aware of the topic of the short reportage aired during her episode and denied inciting to kidnap any child.

Despite previous cases, Saeed always somehow returned to TV through different channels despite decisions of suspension.

“She must be suspended”

“Obesity is a disease and is being researched by many scholars currently,” a user named Louai tweeted. “Being part of obesity educational campaign has nothing to do with how she talked and the words she used,” he added.

Louai called on El Hayat TV to “make a rational decision and suspend or fire Saeed.”

Egyptian actress Engy Wegdan also denounced Saeed remarks. She said via Twitter that she enjoys a normal and happy life despite being an obese woman.

Wegdan continued that she works normally and suffers nothing of the problems that Saeed mentioned during her episode. She pointed out that some people have diseases that cause obesity, criticising Saeed’s comments.