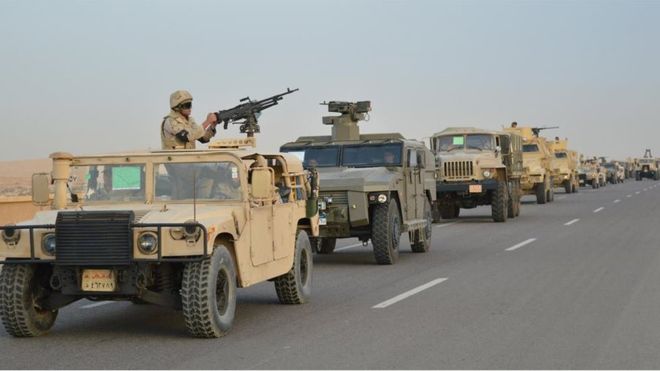 A military funeral was held on Sunday for army officer Mahmoud Gamal Abdel Fattah in his home village of El-Mahrousa located in Qena governorate. He was killed during military operations in North Sinai’s city of Rafah.

Local media reports indicated that Gamal was killed after a sniper shot him during a military operation against militants affiliated to the Islamic State terrorist group.

According to the state-run Al-Ahram newspaper, top officials from the Qena governorate, including governor Abdel Hamid El Hagan and other military figures, were present to receive the corpse which arrived at Luxor International Airport onboard a military airplane.

Meanwhile, Egyptian authorities on Sunday announced closing the Rafah border crossing for three days. The closure came after the end of the pilgrimage season and the return of the Palestinian pilgrims to their homeland.

The border crossing closure aimed to give a few off days for employees of the crossing and will resume work on Wednesday morning, the Deutsche Presse-Agentur DPA quoted Egyptian security official on condition of anonymity.

The army and police forces in Egypt are engaging in a wide-scale militant operation launched the presence of IS extremists in North Sinai since February 2018. The operation aims to eliminate the Islamic State’s branch in Egypt, previously known as Ansar Byat El Maqdus group.

Since the start of the Sinai 2018 Comprehensive Operation, the rate of the militant attacks conducted by IS against army, police, and civilians has declined.