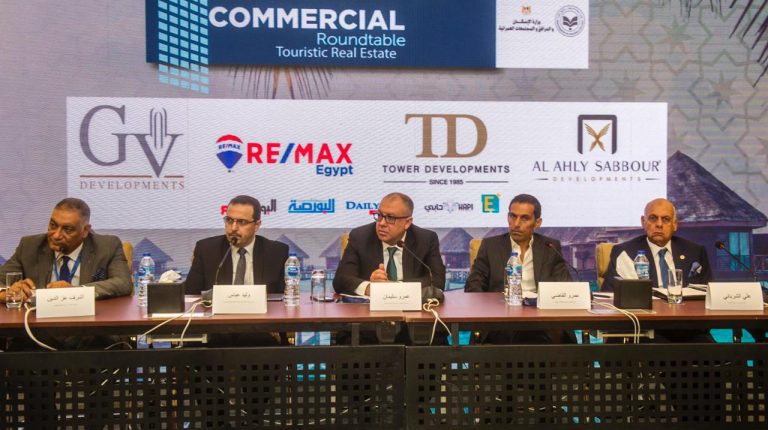 During his speech at Think Commercial Roundtable on Tuesday, Abbas said that the NUCA has issued 43 ministerial approvals for projects developed in the New Administrative Capital during the recent period.

“The approvals reflect the strong investment climate in the local market and NUCA’s focus on maximising Egypt’s competitiveness and attractiveness to investments and raising economic growth rates,” he added.

NUCA currently operates in the New Alamein, East Port Said, New Mansoura and New Rachid, which are coastal cities, Abbas revealed, adding “The development process aims to turn these coastal areas into year-round cities, that are operational throughout the year and not only during the summer season.”

Since the end of 2016, the government has begun the implementation of the New Alamein city that will include about 20,000 hotel rooms upon completion.

According to Abbas, the state focuses on overcoming any obstacles facing investors working in New Alamein city, which is considered to be one of the most important coastal cities under development by the state.

Across various coastal cities, comprehensive development is underway, which will involve different segments including residential, commercial, industrial, and agricultural areas, he explained.

The assistant minister revealed that the authority receives numerous investment proposals, which reflects the importance of those cities.

For instance, in New Alamein City the government has started launching universities and scientific research areas on an area of 1,000 feddan in the first phase, out of which, the first university will be opened in the coming semester.

“Furthermore, the development of 2,000 feddan in the first phase of the New Mansoura city has initiated, and we have completed its infrastructure and implementation of housing projects in it. There will be about 7,300 hotel rooms in the city upon completion of development,” he added.

Offering land by direct allocation was positively received by several developers, Abbas stated, and this can be seen through the presence of developers in Upper Egypt, as they eye major investment opportunities outside Cairo.

He disclosed that a masterplan and unified construction requirements are being prepared for all investors in the North Coast region, allowing the state to exploit available resources in the region, and turning it into a year-long destination.

He stressed that the NUCA is committed in its contracts with developers and that before any decisions are taken or changed, the authority holds joint meetings with real estate developers to reach an understanding that would benefit both parties.

Abbas received recommendations from developers during the discussion, including; negotiating with developers when making decisions and promoting the state efforts to develop new cities, by marketing them globally and locally so that developers can grasp the vision of the state and investment trends.