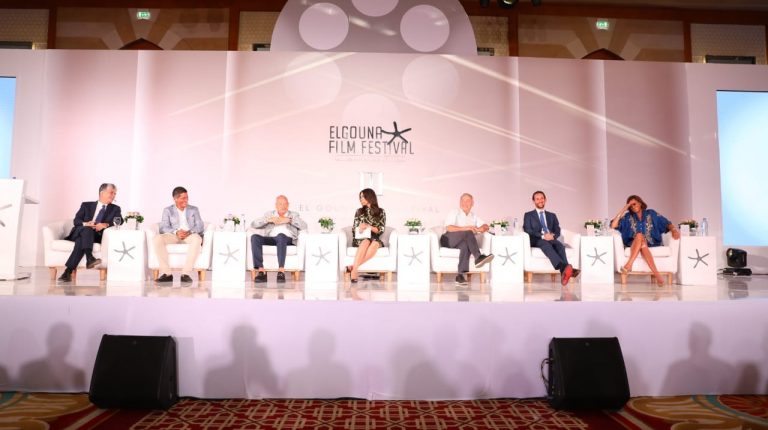 Under the permanent theme it was launched with, Cinema For Humanity, The 3rd El-Gouna Film Festival (GFF) is scheduled to kick off on 19 September. GFF to bring 80 films from all over the world to Egypt’s Red Sea tourism hub, El-Gouna.

The details of this year’s edition were announced at a press conference on Monday through which the founders, Sawiris brothers, and directors revealed the details of the third edition. 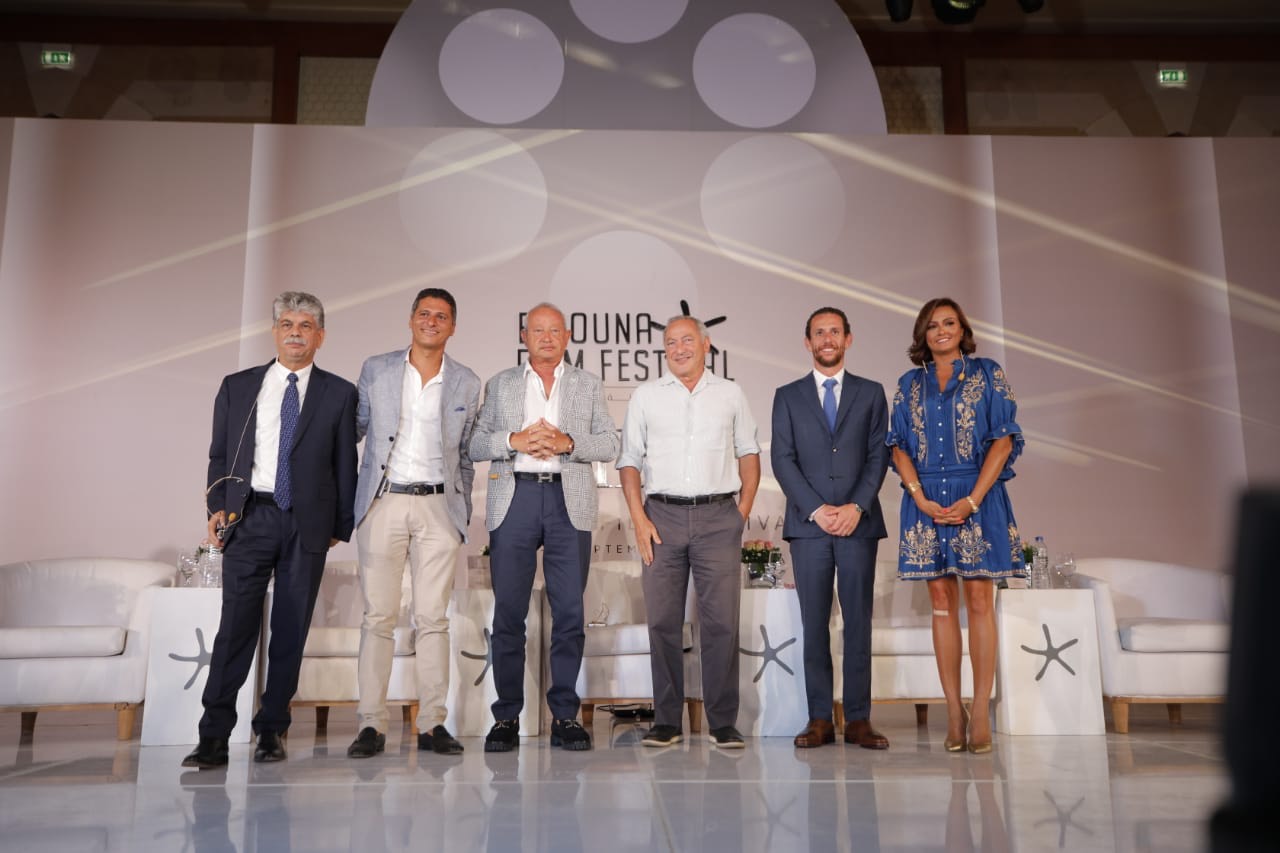 The third edition will feature films from 40 countries, from which dozens compete at the three main competitions; Feature Narrative, Feature Documentary, and Short Film Competitions.

Veteran director Marwan Hamed was announced in the press conference to be the Head of the Short Film Competition Jury.

“This festival was met with success from the first edition. From what I see now, we have passed the most difficult phase, and it turned from a beginner festival into the well-establishment phase,” Naguib Sawiris said in his talk.

Sawiris added that as a cinema passionate, he attends most of the international film festivals, and he witnessed the way people praise GFF, which “within few years grew to be as big as some of the most accredited film festivals like Cannes.”

He further explained that the artistic content produced in this festival overcomes some of the most important festivals that have been established for decades. “People talk about it like it has been going for 30 years not only three!” he smilingly assured.

This year’s edition launches under the same theme the first edition was started under, Cinema For Humanity, which according to Sawiris, will remain the main theme of the festival for as long as it runs.

“Humanity is still facing devastation; from the Amazon fires, till the ships that still sink filled with people, it still faces severe crises,” he explained. He also justified the reason for which the cinema for humanity award was met with huge success during GFF’s first edition, as people are touched the most with humanitarian films.

GFF’s 3rd edition will not be limited to just films screenings, it will include an exhibition of veteran novelist Ihsan Abdel Qodous’ film posters is to take place at El-Gouna as a part of the film festival. 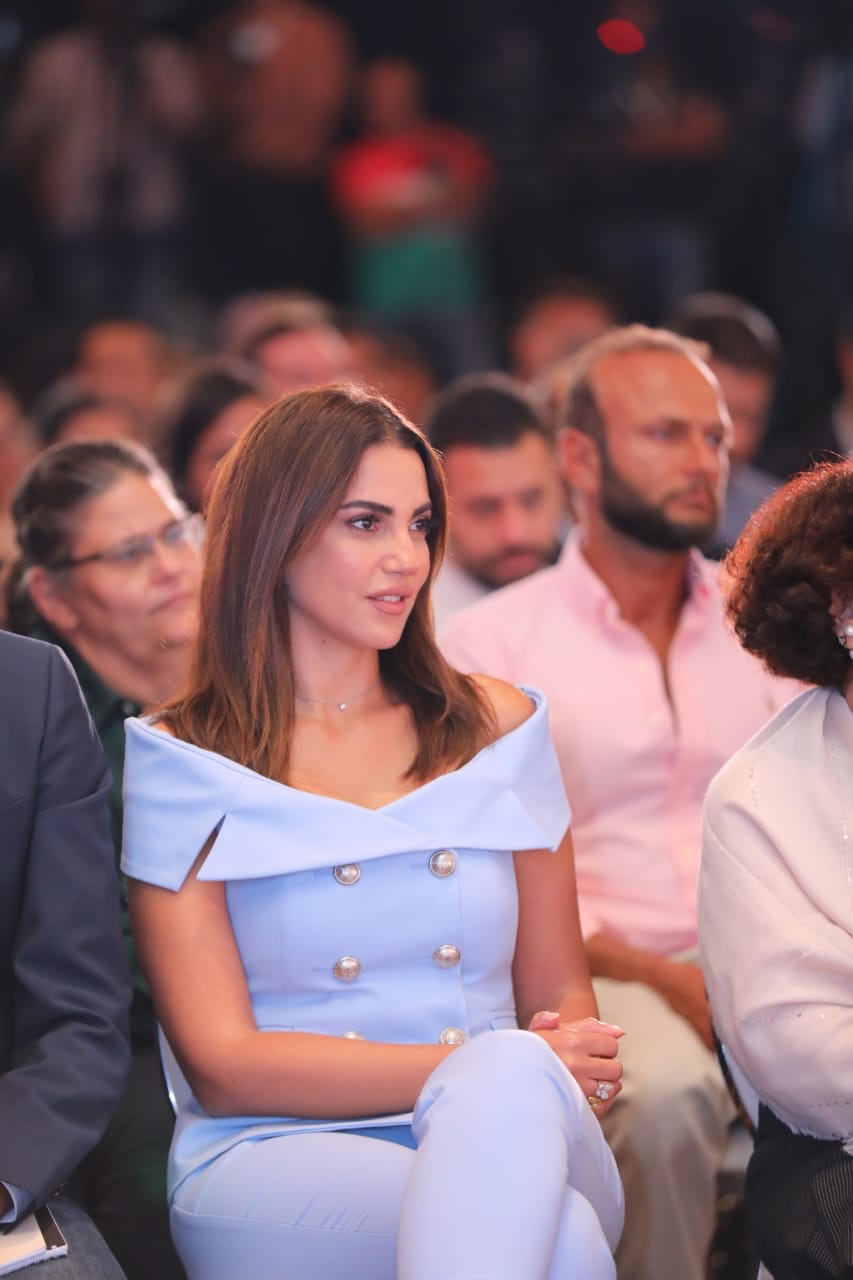 The festival is to celebrate the 100th birthday anniversary of the legendary writer, and journalist through publishing the posters of the films that were based on his novels. The iconic writer work was featured in 47 films, which the exhibition will showcase their posters.

For his side, Amr Mansi assured that the festival raises the people’s cultural awareness, as well as promotes tourism in Egypt, creates a cultural touristic season not only for El-Gouna but for the whole Red Sea.

“29,000 tourists from the MENA region visited the Red Sea area last year, during the festival duration. The festival is no longer an only film festival, it has created a tourism season without losing its cultural aspect,” he stated.

Mansi highlighted that the festival also raised people’s awareness with the importance of the cinema industry, referring that the number of sold tickets last year was five folds the numbers of the first edition in 2017.

The 3rd GFF is to honour three stars from Egypt, the Middle East and the world. From Egypt, prominent comedian Mohammed Henedy was announced to be honoured this year, for his achievements in the comedy genre films.

“Comedians are rarely honoured in Egypt, and we believe that Mohammed Henedy was a pioneer, who inspired various actors followed his footsteps in the world of comedy films. People are used to honouring past stars, a mainstream that we are trying to break by honouring Henedy,” Bushra said.

From the Middle East, the festival will honour Palestinian-Lebanese film director Mai Masri. Hollywood actor Mena Massoud is among this year’s celebrities that will attend the festival.