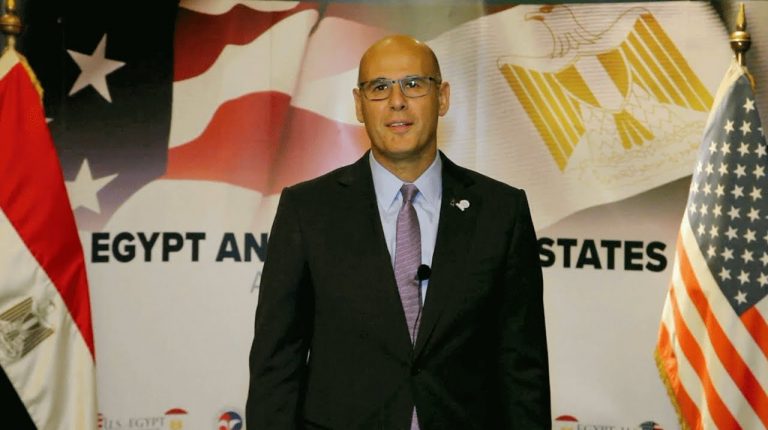 PepsiCo Egypt has put the exporting file at the top of its priorities during the coming period, based on discussions between the company’s management and President Abdel Fattah Al-Sisi during the meeting, on the sidelines of the President’s visit to the United States of America last April, Mohamed Shelbaya, CEO Of PepsiCo Egypt told Daily News Egypt.

He pointed out that the company is currently exporting to several countries such as Algeria and Morocco. As for the Libyan market, PepsiCo Egypt decreased exports due to security and political conditions, however, the surplus in production is being exported. PepsiCo Egypt gives its top priority to the local market.

He explained that amongst the recommendations available is the investment in free zones to benefit from governmental advantages for exports through free zones.

The company is achieving high growth rates, making it close to returning to the 2016 sales pre-liberalisation rates, and Shelbaya expects to realise this target by the end of next year.

PepsiCo globally achieved net revenues of $64bn last year, with total daily sales of about $1bn in more than 200 countries. Shelbaya expects that the new investments announced by the company at the end of last year, estimated more than $500m, will contribute to increasing production capacity to meet the local market needs and achieve a surplus for export.

He added, “The new investments for the next three years are divided into three main axes. The first is to improve the production lines to reduce production costs.”

The second axis includes empowerment, company employees’ training programs and the development of their productive capacity, while the third axis is directed to the corporate social responsibility programmes.

Shelbaya explained that there is no distribution of investments for each of the sector’s in which the company is operating. For example, the agriculture sector’s investments fall under the second axis of investments: “Empowerment, training and development of potato suppliers”, but also is incorporated in the first and third axes as well.

He continued that Chipsy for Food Industries Company consumes about 400,000 tons of potatoes annually obtained through 40,000 acres, including 10,000 acres owned by the company and in cooperation with nearly 5,000 farmers.

The company’s annual investments to achieve its potato needs are about EGP 2bn, and the company is not currently working on increasing their agricultural area.

PepsiCo Egypt has signed a Memorandum of Understanding (MoU) with the US Government through the United States Agency for International Development (USAID) to expand their direct cooperation with farmers to improve their livelihoods, increase transparency and sustainability in the value chain of potato crops.

“The company’s role in this MoU is to provide seeds and agricultural consultancy throughout the agriculture period, in addition to the purchase of the final product at the prevailing prices during harvest time. The pilot phase in the first season will start with about 100 or 150 farmers in the Minya governorate,” said Shelbaya.

Shelbaya also stressed that the company currently produces about 70% of its seed needs, targeting to increase the percentage to 80% by next year.

He ruled out the access to agricultural lands as per the state’s reclamation and agriculture project of 1.5 million feddan over the next few years since the company currently focuses on seed production and access to potato needs through agricultural companies and small farmers.

“The demand for potatoes from the European Union increased sharply due to the decline in production because of climate changes,” Shelbaya said. While he predicted the continuation of the global production shortage of potatoes until the end of 2021.

He stressed that the European production crisis during the coming period will have a significant impact on the local market, especially that Egyptian companies rely on seeds’ imports from EU countries, whose production fell by 25%.

Shelbaya stressed on the necessity to develop the plantation seasons in Egypt to be continuous throughout the year, similar to the case in Saudi Arabia.

He pointed out that potato production in Egypt is through the winter season, which represents 65% of production, while the summer season, accounts for 35% of total production.

“The company has more than one experience in growing potatoes in different areas, and we need to experiment the agriculture process outside the Nile River and start considering desert areas,” Shelbaya added.

Shelbaya also commented on the impact of high fuel prices on the company, saying: “Knowing ahead the fuel price increase can prevent the market from many crucial crises.”

He stated that the impact of high fuel prices is very limited and there won’t be an increase in the prices of the company’s products during the next period.