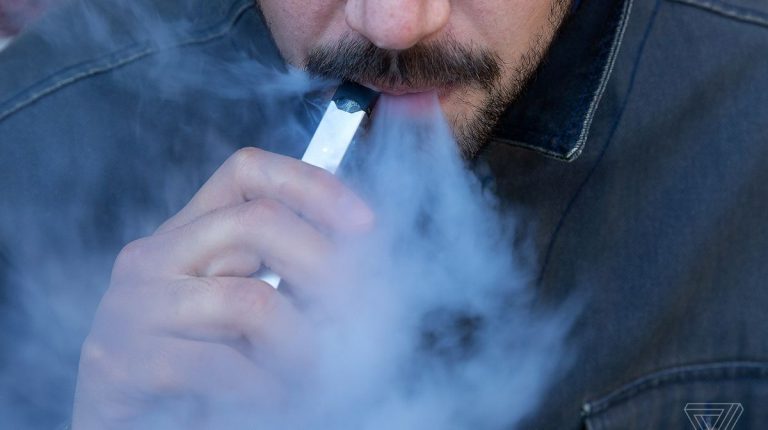 US authorities in Illinois state declared that an American who was using a vaping device died from a serious lung disease. This case is reported as the first death linked to vaping or e-cigarettes, which pushed some members of the Egyptian parliament to call for banning e-cigarettes in the country.

According to local media reports, many MPs asserted that the banning of e-cigarettes in Egypt is necessity and called on the Ministry of Health to start investigation into the damages that it may cause.

In a statement to Sada El-Balad, MP Samy El Meshd, head of the health affairs committee in the parliament, called for immediate investigation into possible damages of e-cigarettes.

He added that the Ministry of Health should prepare an official report on the results of the investigation, saying that e-cigarettes may have numerous damages, however, no counter actions were adopted against it.

He stressed that if local or international reports were out from the Health Ministry against e-cigarettes, then the government should take actions against it.

Meanwhile, MP Khalid Mashour, a member of the parliamentary legislative committee, presented a request of briefing to the Minister of Health Hala Zayed to launch public awareness campaigns on the damages of e-cigarettes.

He noted in his request that Egyptians believe that e-cigarettes are not harmful and that they help quitting smoking, therefore it spread among Egyptians, particularly youth.

He added that the e-cigarette contains nicotine, harmful chemicals, minerals, and carcinogens, explaining that it may lead to addiction like normal cigarettes, therefore it is necessary to ban it.

Similarly, MP Amal Rizkallah, requested a briefing to ban the import or circulation of e-cigarettes in the Egyptian market.

She said in a statement that many studies about the damages of this type of cigarettes, and that the World Health Organization has confirmed that e-cigarettes are no less dangerous than ordinary cigarettes.

Rizkallah called on the Ministry of Trade to ban the import of these cigarettes.