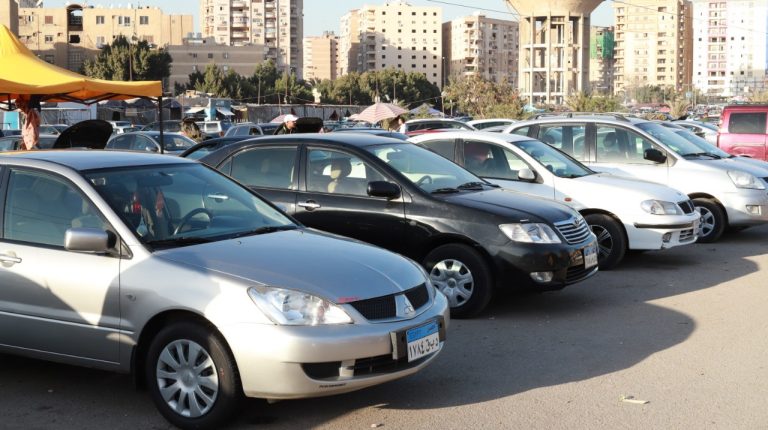 This year has witnessed many changes that have significantly affected the automotive sector in Egypt, starting with the abolition of customs duty on European cars, which were expected to boost car sales in Egypt, followed by the boycott campaigns, which came under the name of “Let it Rust”. It led to a significant decline in sales in the first half of this year, which was the main reason for car companies offering some discounts starting from the second half of the year.

However, such moves failed to recover sales and consumers expected further declines in prices. The decision No. 1699 of 2019 issued by Prime Minister Mostafa Madbouly in August on controlling random increases in commodity prices, including cars to which the customs duty exemption applies.

The committee shall coordinate with the concerned authorities on the necessary measures to control markets and random increase in prices of goods and vehicles to which the customs exemption decision applies, especially those of European origin, which enjoy full exemption from customs duty in accordance with the terms of the European Economic Partnership Agreement.

The committee also organises supervisory campaigns nationwide, in coordination with various concerned authorities, to ensure that traders abide by legal controls, and to control cases that constitute harmful practices to the consumer, tax evasion, or other offenses that constitute crimes during the course of their work.

In previous press statements, Ali El-Moselhy, Minister of Supply and Internal Trade, disclosed the function of the government committee, explaining that it will inspect car showrooms and imports and review the import invoices approved for the agent, in addition to revising the customs release invoice, so that it can prepare reports for the concerned bodies.

Montaser Zeitoun, a board member of the Egyptian Automotive Dealers Association and chairperson of Al-Zeitoun Auto Mall, said the authorised distributor for Geely cars believes that the second half of this year witnessed a movement in sales especially after the discounts offered by companies on their products in the last months.

The company achieved higher profits in July and August compared to the same period last year, contrary to what was announced in the Automotive Marketing Information Council (AMIC) report on the decline in sales in that period, Zeitoun said.

Zeitoun expects a lower interest rate on car loans in the coming period could lead to a recovery in car sales in the remaining months of this year.

He praised the committee that was recently formed to control car prices, noting that these decisions may end the controversy among consumers and boycott campaigns.

Zeitoun called for announcing the committee’s work results in full transparency, without interference, in order to clarify the situation for consumers.

He pointed out that companies and distributors receive less profit margin, amid the decline in sales resulting from the low purchasing power of consumers during the current period.

Khalid Saad, secretary general of the Egyptian Automotive Dealers Association, agreed with the cabinet’s decision to form a committee on controlling the prices of cars.

“If the role of the committee is to reassure consumers and clarify the facts, we welcome it and support its work,” Saad said.

He added that a large number of dealers have been criticised by boycotting campaigns which questioned their integrity and accused them of manipulating the prices of cars, which fluctuated the relationship between dealers and consumers, created an unhealthy atmosphere, and led to a loss of confidence in dealers.

Saad praised the need for the presence of a number of specialists in the automotive industry in the committee, which is scheduled to be formed in accordance with the ministerial decision, in order to facilitate the tasks of the committee and provide the necessary information.

Saad stressed that the supervisory role is already played by large institutions, such as the ECA, the ETA, and Export and Import Control Authority, which directly supervise and control the work of car dealerships in Egypt.

He added that the sales in the second half of 2019 are on pace with the first half, saying that “sales started to rise with the beginning of July, but again fell in August due to holidays and I expect sales to remain stable in the coming months.”

He also stressed that the postponement of the Automech Formula did not affect the sales of cars, as it is an exhibition that displays everything new in the Egyptian car market, so the consumer does not postpone a purchase because of this exhibition.

Saad expects the year’s sales to match last year with a slight difference of 5-6%.

His opinion was echoed by the head of the Egyptian Automotive Dealers Association, Osama Abu El-Magd, who said that sales in the second half of this year did not increase noticeably and will keep pace with the first half. He added that the Automech Formula postponement has not significantly affected the auto sales this year, while expressing dissatisfaction with the postponement.

He also welcomed the Prime Minister’s decision to form a pricing committee, where he believes that this decision is in the interest of all consumers, agents, dealers, and distributors to clarify many things for the consumer and the agent, which may have occurred.

Saad noted that when implementing these decisions; prices of cars may decline in the coming period, which may increase the sales, explaining that the implementation will also increase transparency and credibility between agents and consumers.

He noted that car dealers were not the original cause of the rise or fall of car prices, commenting that “the car dealer is just a recipient of cars from distributors who control prices, so I oppose criticism campaigns against car dealers.”

Omar Balbaa, treasurer of the Giza Chamber of Commerce, said that the decline in car sales in the first two months of the second half of this year was due to consumers’ anticipation of further decline in the US dollar price, in addition to waiting for the 2020 models.

Balbaa rejected the committee of controlling car prices, stressing that these decisions contradict the free market and its mechanisms, and that the price of commodities or services should be controlled by supply and demand mechanism, not government decisions.