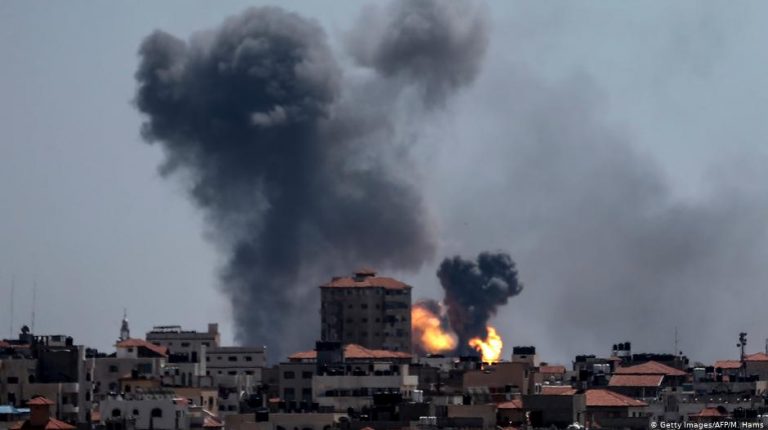 Israel carried out multiple strikes on northern Gaza early Monday, after three rockets were launched from the strip into southern Israel, the Israel Defense Forces (IDF) said in a statement.

One of the airstrikes targeted the office of a Hamas commander, but no casualties reported, a Palestinian security source told AFP.

The airstrikes came a few hours after the IDF’s announcement on twitter, which reported that three rockets were fired from Gaza targeting southern Israel, two of them were intercepted by Israel’s missile defence system, Iron Dome.

Israel accused the Iranian-backed Jihad group of orchestrating the rocket attacks, as part of “Iran’s region-wide campaign of chaos.”

Furthermore, Israeli authorities also announced a punitive reduction to cut fuel deliveries to Gaza’s main power station in half. The cut is expected to exacerbate the already dire flow of electricity in the strip.