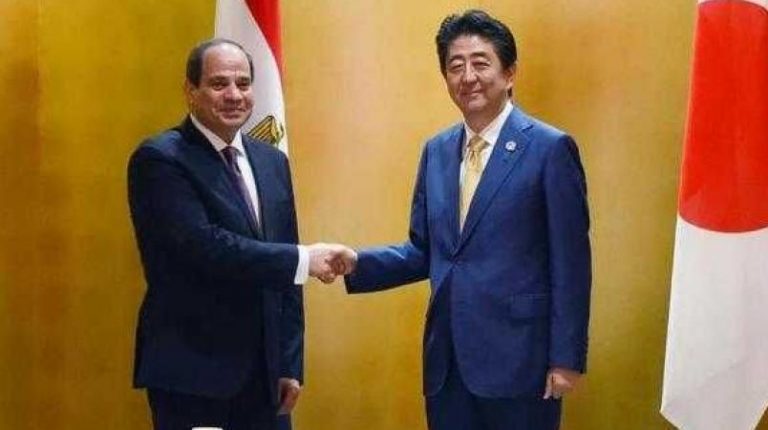 President Abdel Fattah Al-Sisi on Tuesday arrived to Japan to participate in the seventh summit of the Tokyo International Conference on African Development (TICAD7), after concluding his visit to France to attend the G7 Summit.

Al-Sisi will co-chair the summit with the Japanese Prime Minister Shinzo Abe.

The TICAD7 Summit, is being held from 28 to 30 August in Yokohama, Japan, which was first launched in 1993 at the initiative of the Japanese government. The TICAD7 marks a turning point in the course of cooperation between the African countries and Japan.

The conference aims to promote Japan’s investment and trade cooperation with African countries. It will include discussions on promoting health, education, climate change, women empowerment, and promoting stability, peace and development in Africa.

Meanwhile, Minister of Foreign Affairs Sameh Shoukry and his Japanese counterpart Tarō Kōno co-chaired the preparatory ministerial meeting for TICAD7, on Tuesday, in the framework of the current Egyptian presidency of the African Union (AU).

The ministerial meeting reviewed the draft documents that are expected to be issued by the TICAD7, including the final declaration (Yokohama Declaration 2019) and its action plan, as well as the adoption of the Summit agenda, according to the statement of the foreign ministry spokesperson Ahmed Hafez.

He added that the summit is held under the theme “promoting Africa’s development through peoples, technology and innovation.”

Hafez stressed the importance of the TICAD for Africa, with its platform to mobilise resources for the development of the African continent, which doubles its value after the launch of the operational phase of the continental free trade zone during the last extraordinary AU Summit held July in Niger.